WhatsApp Pay, the digital payment service by Facebook-owned instant messaging service WhatsApp, has finally got required approvals from India’s regulators for a phased roll-out. The company will start with 10 million users, and slowly scale up, Business Standard reported on February 8.

WhatsApp’s announcement comes following an approval from the National Payments Corporation of India (NPCI) that manages digital payments and settlement systems in the country. WhatsApp Pay is designed to run on the Unified Payments Interface developed by NPCI. The US-based company had earlier received a go-ahead from the Reserve Bank of India (RBI).

WhatsApp has been piloting its payments service in partnership with ICICI Bank and this pilot has passed the third-party security audit. The RBI approval followed this audit clearance.

But the journey has not been a smooth one for WhatsApp Pay. As soon as the pilot began, a petition was filed before the Supreme Court alleging that WhatsApp Pay does not comply with India’s rules of data localisation and protection. Approval from the Reserve Bank of India (RBI) came after WhatsApp agreed to not store payments data outside India even at the trial stage.

Following the approval from NPCI, local think-tank the Centre for Accountability and Systemic Change (CASC), has filed a public interest litigation before the Supreme Court urging an “immediate roll-back”  of the pilot of WhatsApp Pay and that the company should not be granted permission for a full-fledged roll out, the Economic Times reported on February 11. 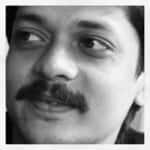 If WhatsApp gets all clearances from Indian regulators and the judiciary, then India’s payments landscape may finally realise the potential of its cashless transactions. WhatsApp's advantage lies in it residing on virtually every other smartphone in the country, giving its payment application a wide market despite being a late entrant to this game.

Besides the fact that India is its largest market, WhatsApp has the largest reach in the country with around 400 million users on its messaging service.

Paytm had an early mover advantage, and leveraged upon the Indian government’s decision to ban high-value currency notes in November 2016 which led to almost every Indian with a smartphone using the app for small transactions.

Digital transactions in India got a push subsequently and international players also got attracted to the unfolding India payments opportunity. Besides Google, e-commerce firm Amazon also introduced its wallet Amazon Pay. And, Walmart-Flipkart has its own PhonePe, and sooner or later, Apple will bring its wallet Apple Pay to India.

WhatsApp will have to fight each one of them, or more likely that all of them will have to fight it out against WhatsApp. That’s because the Facebook –owned messaging service is so popular in India that even political parties and their leaders use it as a key tool to reach voters.

Given the popularity of its messaging service, WhatsApp Pay could do well unlike some of the early starters in the mobile wallets space. India had more than 60 mobile wallets by 2017-end, which is down to less than 50 as cash has slowly made its way back into the system.

The good news is that WhatsApp is entering a market where mobile wallet transactions are projected to cross Rs 275 trillion by 2022, from Rs 1.54 billion in 2016, according to a study by Assocham-RNCOS. Also, its service will roll out at a time when the government’s Unified Payments Instrument (UPI) is getting traction. There were 1.3 billion transactions through UPI to Rs 2.16 trillion in January 2020, up from Rs 2.02 trillion in December 2019. The total value of transactions stood at Rs 27,022 crore only in April 2018.

Interestingly, WhatsApp Pay is a product that Facebook developed in India and will probably be the first Made-in-India Facebook product that would be rolled out across the world. At least that’s what Facebook’s founder and CEO Mark Zuckerberg hinted at a few days ago, at the company’s earnings call for the October-December quarter.

This will be one of those few occasions when a product/service designed in India will be rolled out across other locations in the world. India has always had the potential to become an innovation hub for global tech companies and Whatsapp Pay could be a shining example of that.