Demonetisation: How Paytm gained from note ban and why it used PM Modi's pic in ads

In an exclusive interaction, Paytm COO reveals for the first time ever how the company managed to get ads published in front pages of newspapers just the night after demonetisation and how the company has grown since then...

It was around 8:15 pm on November 8th, last year. Kiran Vasireddy, the chief operating officer of Noida-based mobile wallet firm Paytm was out at a team party in one of the glitzy outlets, in the heart of Delhi - Connaught Place, when his phone started ringing non-stop.

This day changed the fortune for India's largest m-wallet firm forever. In an interaction with Moneycontrol, Paytm COO Vasireddy reveals what led to the decision of using the Prime Minister's picture for its front page newspaper ads and why the company never bothered to respond to a political controversy it created.

As queues outside India's ATM's started getting crowded with the government's sudden decision to ban Rs 500 and Rs 1,000 notes post-midnight, Vasireddy's Whatsapp started getting flooded. The company called an emergency meeting.

"It took some time for us to realize what that meant for India's economy and the kind of opportunity that lay ahead of us," said Vasireddy who took a silent corner in the restaurant and joined an emergency conference call with company's top management to take things forward.

Amidst all the brainstorming on the call, company's CEO Vijay Shekhar Sharma who was at a Network18 event took some time out. Sharma and the company's marketing team started deliberating on company's advertisement strategy for the next morning newspapers.

A decision was taken to publish the picture of the Prime Minister Narendra Modi, congratulating him on this move.

"It was clearly Vijay's idea, that this is kind of a historic moment for India so why don't we thank our Prime Minister congratulating him on the audacious move...that we thank you for taking such a step making the country move forwards towards a cashless economy," Vasireddy reveals for the first time to any media house.

In fact, the first advertisement draft which was sent to newspaper houses looked more like a conventional commercial ad. It was cancelled and replaced with the new one.

The next morning people woke up to front page ads of Paytm with a picture of the Prime Minister Narendra Modi as an icon of digital India.

Dragged into political controversy over PM's photo in its ads

The company had not calculated the political controversy this decision will drag them into later. Any decision to use the Prime Minister's picture has to be taken with a prior permission from the government, as per law.

The Emblems and Names (Prevention of Improper Use) Act of 1950 bars the use of Prime Minister's name and picture for commercial use. The company later apologised to Ministry of Consumer Affairs about its inadvertent move. 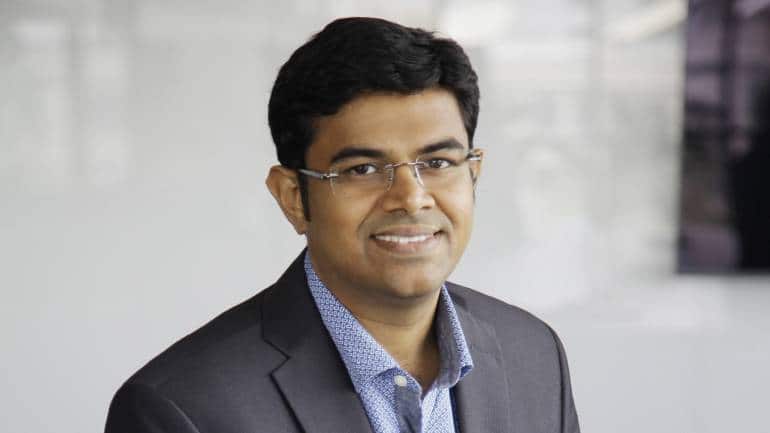 Nevertheless, Paytm definitely went on to become one of the biggest beneficiaries of demonetisation. The company's user base catapulted from 140 million in October of 2016 to 270 million in November of 2017.

The user base doubled and the company raised a massive USD 1.4 billion round in May of 2017 from Japan's Softbank, even as other consumer internet companies floundered for money in a depressed economy. The company's valuation also more than doubled to USD 7 billion as of the last fund-raise.

The decision to carry the PM's image sparked political rumours - whether Paytm knew the decision, how could a company take a decision so quick, whether BJP was hand in glove with the company.

Many including the Delhi chief minister Arvind Kejriwal jumped in to attack the BJP-led government for being hand in glove with a private company. Paytm however for the first time debunks these rumours.

"It was clearly kind of a great move that the Prime Minister took. So the ad was something coming straight from the heart from us on how we should thank him for taking such step. However it created a controversy," he clarified.

"We as a company don't put our brains behind how to deal with controversies or any such things but spend that energy to enhance convenience and experience of our customers," said Vasireddy.

Paytm and rivals saw multi-fold growth the night after demonetisation

A year later, the company's merchant base has swollen to 5 million from around 800,000 last year.

The company claims to have grown its transaction value four-fold during the September month as compared to the same month last year.

"Our merchant base is like 5X the type of merchants that credit card companies in India possess. Overall, we have built a large merchant network. (Due to demonetisation) it got into a kind of network effect that helped us to get to the space we are in right now," he added.

Paytm today is certainly not the same company, it was a year ago.

In the last one year, Paytm launched its payments bank and relaunched its e-commerce vertical Paytm Mall, which also raised USD 200 million in March of 2017.

It now calls itself as a fin-tech player than just a wallets firm.

"It is a super app where you can do anything that you want to -- right from doing recharges to paying electricity bills to buying movie and flight tickets, etc. It is now a place where you will find all kinds of use cases be it payments or online commerce," said Vasireddy.

"Wallet is just one of the instruments for us now," he added.

Other mobile wallets in the country are Mobikwik that has 65 million users and has raised about USD 128 million so far.

Rival Freecharge which was owned by e-commerce firm Snapdeal proved as a lifesaver for its parent. Snapdeal managed to sell Freecharge to private lender Axis Bank in a Rs 373 crore deal.

Flipkart has committed a USD 500 million in its payment arm PhonePe after it raised about USD 2 million from Softbank.

Is the market now ripe for consolidation?

"It will become tougher for standalone wallet players. There is no doubt about that. But overall for us, we are quite bullish about the large opportunity that is ahead of us," said Vasireddy without taking names of any of the rivals.

The company is now targeting a double-digit growth on a month on month basis in terms of transaction value.

"Overall our target is to get to 10 million merchants by the end of this financial year," he said.

Priyanka.Sahay@nw18.com
Invite your friends and family to sign up for MC Tech 3, our daily newsletter that breaks down the biggest tech and startup stories of the day
Priyanka Sahay
Tags: #demonetisation #Mobikwik #PayTm #Startup
first published: Nov 8, 2017 03:23 pm