The buy-back of shares listed on a stock exchange can be considered as a tax efficient mode of surplus cash distribution from the company’s standpoint.

Recently, investors in listed companies in India have witnessed significant buyback announcements by several companies. Traditionally, the Indian investor looks at the dividend payout history before investing in a stock.

So, an obvious question that comes to one’s mind is whether buyback, as a means of surplus cash distribution, is more tax efficient over dividend pay-outs. The answer is not straightforward since it depends on several variable factors such as nature of shares (listed/unlisted), residential status of the investor, period of holding, etc.

An Indian company can implement buyback in accordance with Section 77A (i.e Section 68 of the Companies Act, 2013) or Sections 391-394 of the Companies Act, 1956, subject to satisfaction of conditions prescribed therein. This article deals with the tax implications of buyback in the hands of the company and shareholders as well as other challenges due to recent amendments proposed in the Union Budget, 2017.

A. Buyback of shares listed on recognised stock exchange in India 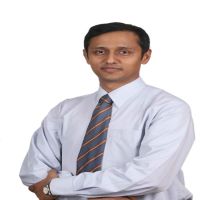 There are generally no tax implications in the hands of company on buyback of its shares under the modes prescribed under Securities and Exchange Board of India (Buy back of Securities) Regulations, 1998, since Dividend Distribution Tax (DDT) and buyback tax (BBT) are not triggered.

The buyback of shares listed on a stock exchange can be considered as a tax-efficient mode of surplus cash distribution from the company’s standpoint.

In the hands of the shareholders (irrespective of residential status), a buyback triggers capital gain tax since exemption under Section 10(34A) is available only in cases where BBT is paid by the company. The buyback of listed shares held for over a year, qualifies as long term capital gain (LTCG) and the same is tax exempt under Section 10(38) of the Act if shares are bought back before March 31, 2017.

In case the shares are held for a period less than a year, the gains would qualify as short term capital gain (STCG) and would generally be taxable at an effective tax rate of 16.22% (inclusive of surcharge & cess).

It will be worthwhile to note that a non-resident investor possessing a valid Tax Residency Certificate can avail the beneficial provisions of the relevant Double Tax Avoidance Agreement entered into by the Indian government with its tax residence country.

In case the shares are held as stock-in trade, then any gain arising out of buyback would be taxable as business income as per commercial principles.

It will be interesting to analyze the recent amendment proposed by the Union Budget 2017 to deny LTCG exemption under Section 10(38) on transfer of listed shares acquired on or after October 1, 2004 if the same were not subjected to Securities Transaction Tax (STT) at the time of acquisition, except certain cases to be notified by the GOI.

The proposed amendment is applicable for shares disposed after March 31, 2017 and the same could have an impact on ESOPs issued by companies as well as transfer of shares between promoters. If the provision is not enacted with enough safe harbours, it can make buyback of listed shares unattractive from long term investors stand point. Hence, one needs to wait and watch for clarifications in this regard.

However, if gains are arising to non-resident shareholders pursuant to buyback, the company is required to withhold tax at the applicable rates. Absence of adequate details of non-resident investors in case of buybacks executed over a stock exchange, could impose certain practical challenges for the company for discharging its withholding tax obligations.

B. Buyback of unlisted shares

A domestic company is required to pay BBT at the rate of 23.072% (inclusive of surcharge and cess) on buyback of its unlisted shares implemented under any mode prescribed under the Companies Act, 1956. BBT is an additional tax in the hands of the domestic company over and above its income tax liability.

Based on the comments received from stakeholders, a notification on the BBT rules was issued on 17 October 2016 with effect from 1 June 2016. The BBT rules provide methodology for determination of the amount received by the company in respect for shares issued as ESOPs, on subscription, on merger/demerger, on conversion of debenture, issue of bonus shares etc.

In terms of Section 10(34A), a shareholder participating in such a buyback scheme enjoys tax exemption, irrespective of whether shares are held as capital assets or stock-in-trade and irrespective of availability of treaty benefit. Further, no MAT liability is triggered in the hands of a corporate shareholder.

These provisions, compared with the provisions of taxability of dividend distribution, make the buyback of shares a tax efficient manner of distribution of surplus cash, especially in case of large shareholders subject to tax on dividend receipt (Individuals, HUFs, certain trusts, etc).

The writer is Tax Partner at EY India.