Are there pros of wild forest fires? Evidently so

According to the NICC Wildland Fire Summary and Statistics, in the United States alone, from 2012 to 2021, there were an average of 61,289 wildfires annually.

In the last decade, climate change has had a significant impact on the world. We've seen extreme weather events like hurricanes and droughts that are more frequent and more intense than ever before. 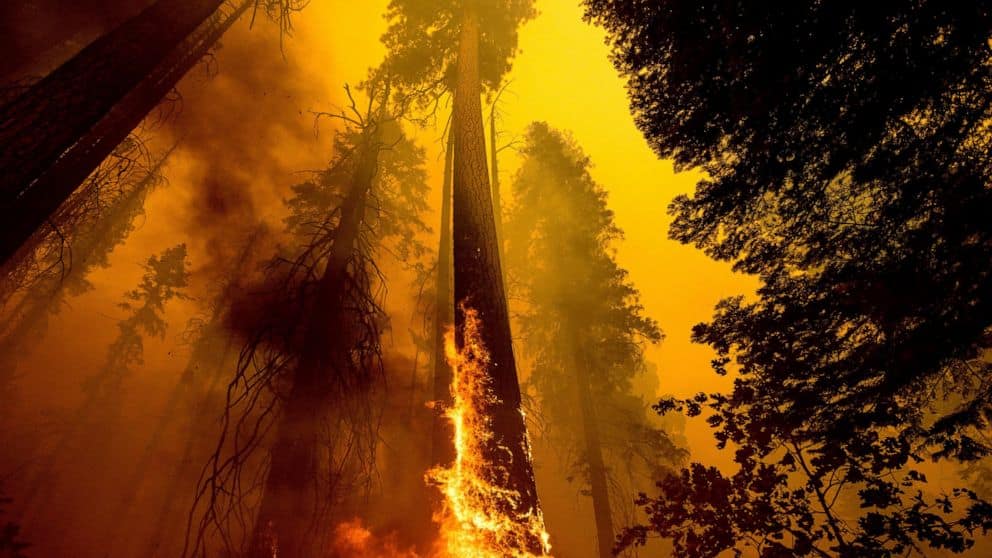 These fires have had devastating effects on people, animals and ecosystems around the world. Global warming is no longer a scary bedtime story, but the reality of our future. However, as bizarre as it sounds, a wildfire has its pros, especially in the forests of California.

Among the oldest and largest species on the planet, are the giant Sequoia trees, native to California and Sierra Nevada. They grow over 250 metres in height and have a circumference of 100 metres. As a result of their size, they cannot be blown over by the wind, and their bark is thick and rich in tannins, so they are not damaged by fire or insects. This is the secret of why they have survived for over 3,000 years.

For millennia, Giant Sequoia ecosystems have been shaped by frequent wildfires. Instead of opening and releasing seeds on their own, giant sequoia cones become dry and open when they are exposed to fire on the forest floor. Due to this adaptation, the tree releases most of its seeds during fire, creating ideal conditions for regeneration. In order to protect themselves from fire damage, monarchs have thick bark that can be up to two feet thick. Moreover, giant sequoia's tannins make them resilient and long-lasting - the oldest giant sequoia lived to be 3,200 years old.

The crown of many Sequoia monarchs became damaged by fire, but managed to survive these injuries and survive for generations as a result of the cycle of fire. However, in 2020, California witnessed the SQF Complex Fire, also known as the Castle Fire, which sparked on August 19 and was 100 percent contained only on January 6, 2021. The fire passed through Sequoia National Forest, Inyo National Forest, and the Golden Trout Wilderness and destroyed up to 1000 of the ancient trees. This was reported to be the first time in approximately 700 years that a wildfire destroyed the Sequoias in large numbers, and yet, never larger than this. To understand how the Giant Sequoia’s survived wildfires for centuries, but took a major blow  during the Castle Fire, we need to understand the changes in their ecosystem.

In the 1850s, due to migration and the arrival of the European Americans in California, the disruption in the Sequoia ecosystem began. The Europeans began cutting down these huge trees and shipped them overseas to show their magnificence and to make profits. However, the most dramatic change was when the Euro-American settlement began to suppress forest fires. Native people were removed from their territories, which ended their traditional use of fire. Although Euro-American settlers were concerned about giant sequoias, they failed to understand how fire played such an important role in their ecosystems due to their lack of indigenous knowledge.

By the early 1900s, it became a national policy and a mission of the U.S. Forest Service and National Park Service to extinguish all fires as quickly as possible.

During the past few years, there has been a large increase in both surface fuels (debris on the forest floor) and ladder fuels (small trees that enable fire to reach treetops) due to the lack of regular fires to help clear out the underbrush.

The dramatic changes increase the risk of severe fires. Fire behaviour will be much more intense in forests with over 100 years of fuel accumulation, resulting in larger pockets of high severity than observed historically when fires burned roughly every 10 to 20 years.

Wildfire activity is further exacerbated by a warming climate. As the climate warms and dries, wildfire activity increases. The effects of climate change on their ecosystems include increased drought stress and potential drought-beetle interactions that scientists are just beginning to understand.

For the giant Sequoias, there still might be hope. The primary solution to save ancient monarchs from fire is to increase the frequency of low-severity fires on the landscape. This can be done by using drip torches under specific conditions to bring fire back to groves of trees.

In the era of climate change, hope is hard to come by. In a much debated online essay written by American novelist Jonathan Franzen for the New Yorker, he says, “If you care about the planet, and about the people and animals who live on it, there are two ways to think about this. You can keep on hoping that catastrophe is preventable, and feel ever more frustrated or enraged by the world’s inaction. Or you can accept that disaster is coming, and begin to rethink what it means to have hope.” He urges people to put our energies into the smaller, more local battles that we have some realistic hope of winning.

Saving the giant Sequoias seems like a local battle that can be realistically won for the Californians. Have you stopped to wonder what your local battle is?
Sangita Rajan
Tags: #California #climate change #Forest fires #Giant sequoia #united stated #wild fires
first published: Jul 31, 2022 02:52 pm