- Margin uptick was visible in shirting, apparel and auto components 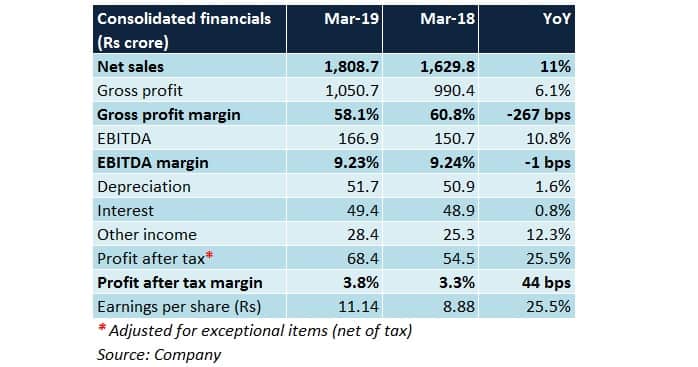 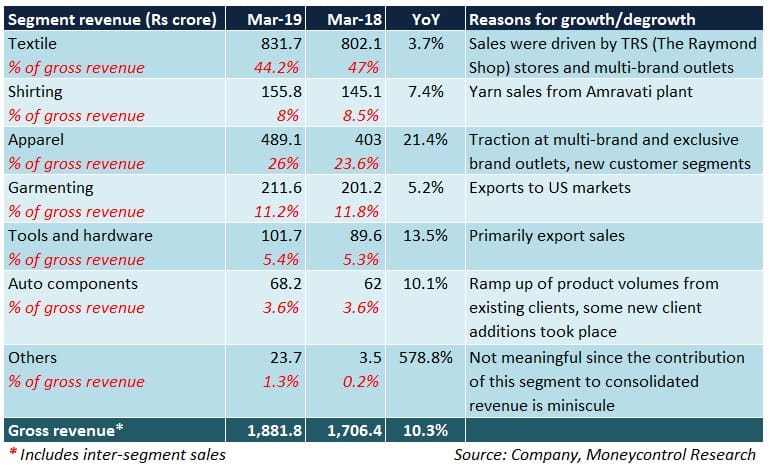 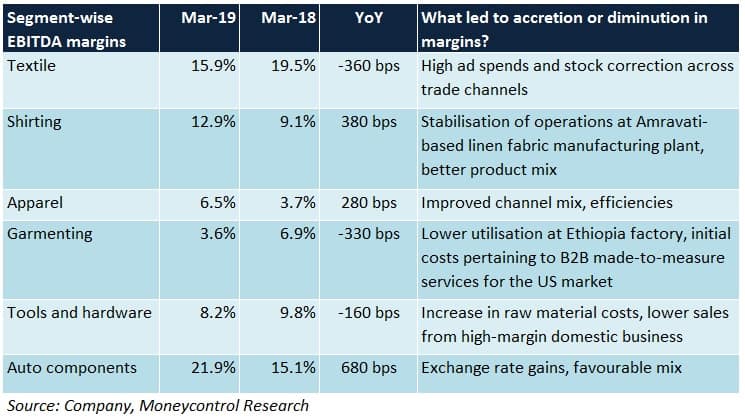 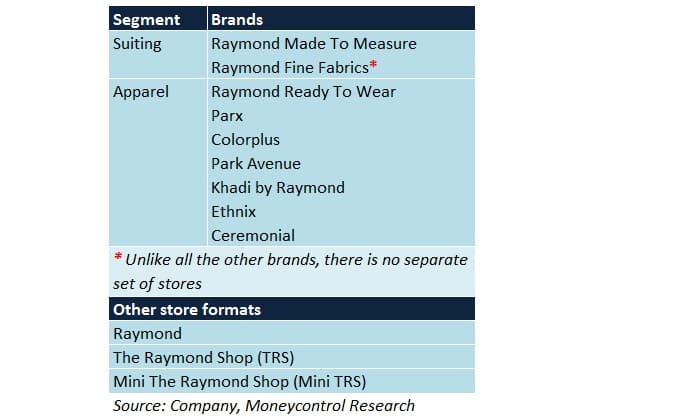 To keep the business asset-light, 80-90 percent of the outlets will be franchise-run. Tier 4/5/6 regions would be the primary focus areas as far as new store openings are concerned.

Brand extensions
By leveraging the strength of its brand, advertising campaigns and distribution reach, Raymond is scaling up smaller categories such as shoes, clothing accessories and ceremonial wear. Raymond Made-to-Measure stores will now cover products other than formal wear.Value-added services
To boost sales of branded fabric, Raymond is likely to enter into tie-ups with more tailors. Presently, the company works in partnership with 51 tailoring factories/hubs in India and the conversion capacity (i.e. processing of fabrics into garments) is two million metre per annum.Branded apparel (retail): Promising prospects
While Parx, Park Avenue and Colorplus have been growing steadily, two new brands (Ethnix and Khadi by Raymond) are gaining momentum too. Raymond may foray into athleisure and innerwear in the near future. Economies of scale and better realisations should augur well for margins.Shirting fabric: A transition is underway
In the past, business-to-business dealings constituted a major chunk of the segment’s revenue. The revenue mix is shifting in favour of the business-to-consumer category since the opportunity size is huge.Textile (branded suiting fabric): Near-term roadblocks
Due to the impact of seasonality, for a quarter or two, sales may turn sluggish. Offtake in trade channels has also been slow. Raw material prices have been on the rise. It remains to be seen as to how these challenges are addressed.Garmenting: Progress dependent on the US
Issues pertaining to civil unrest in Ethiopia have been resolved. The factory is functional at normal utilisation levels and the order book is stable. Nonetheless, weak demand in the US markets could dent export revenue.Auto: Weakness ahead
At present, high costs (fuel, insurance, interest payments), uncleared inventory at the dealers’ end and new axle load norms for commercial vehicles are bottlenecks for the Indian auto industry. This hints at a weak outlook for this segment.Tools and components: Turnaround on track
Impetus will be laid on achieving operational efficiencies and rationalisation of the product portfolio.FMCG: Weak macros
Rural demand, which is on a downtrend, could weaken further if the monsoon is below normal. In the long run, the segment is poised to grow on the back of a stronger distribution network.Real estate: Going full steam ahead
Raymond began phase 1 of the residential housing project at its Thane land recently. The project will cover nearly 2.8 million square feet of saleable area and may be concluded by FY24-end. More than 400 bookings have been received till date.OutlookMore often than not, the stock has been on a downward spiral for the last 12 months. At 18.8 times its FY21 estimated earnings, the undemanding valuation merits the attention of medium-to-long term value investors. 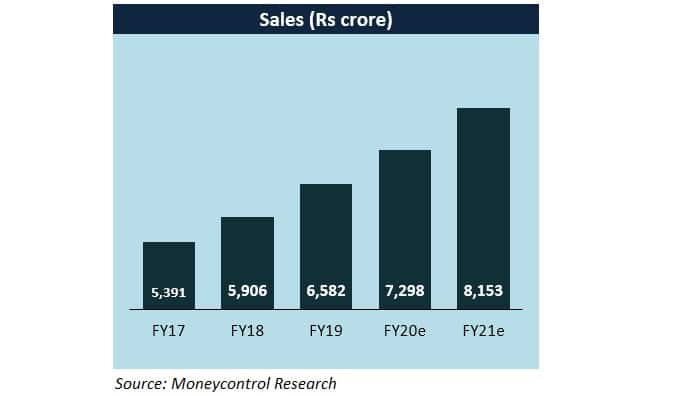