Rupee@70: These 15 stocks may get impacted most by a falling currency

The rupee's fall is technical in nature and should be viewed in accordance with happenings across the globe.

The rupee breached Rs 70 against the US dollar on August 14 but managed to recoup losses and closed marginally higher. The fall is more technical in nature and should be viewed in light with what’s happening across the globe, suggest experts.

“Indian rupee touched its historic low of 70, not just because of the volatility in the crude oil or a fall in the Chinese Yuan, but because of a one-sided fall in Lira which is down more than 40 percent,” Abhishek Goenka, Founder, and CEO of IFA Global told Moneycontrol.

“The Rupee weakened by 1.90 percent in last two trading sessions as Turkey’s currency crisis rattled global markets. The rupee seems to be following its August month seasonality (Average depreciation over last 10 year has been 2.25 percent) and this time also it has been down by 2.10 percent against the US dollar,” he said.

Since the beginning of the year, the Indian Rupee has been the worst performing currency, leading the list of Asian currencies with a fall of 8.8 percent. Indonesian Rupiah has fallen 7.2 percent, the Philippine Peso is down 6.6 percent and Yuan down 5.5 percent.

Even though the rupee has plunged by about 10 percent against the USD we are not in the 2013 era when India had a huge current account deficit and rising interest rates. 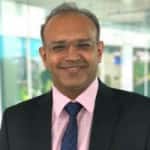 “The Indian rupee in 2013 was bracketed as being part of the ‘Fragile’ Five’ Economies. The fragile five coined then were, Brazil, South Africa, Indonesia, Turkey, and India. Fragile as these were countries which ran the highest current account deficits (imports more than exports) which in a scenario of global risk-off sentiment found it difficult to attract the capital inflows to fund the current account deficit,” Arvind Chari, Head - Fixed Income & Alternatives, Quantum Advisors

“These countries thus had to allow their currencies to depreciate rapidly and then increase interest rates to attract capital. But, India is not in a crisis. Current Account Deficits are lower than in 2013, interest rates, both nominal and real, are sufficiently higher than they were in 2013. Inflation and fiscal deficit are under control. Forex Reserves are higher,” he said.

Here is a list of top 15 stocks which are likely to get impacted the most from the fall in rupee:

A fall in rupee would have a positive impact on the stock as almost 83 percent of the revenues are from the US.

The current EBDITA margin of persistent is 16.8 percent in Q1FY19 and is expected to improve owing to currency depreciation.

Continued buoyancy in Digital, stronger sales from IBM and success in investments made over the last few quarters will result in a strong performance in FY19 than the previous year

A fall in rupee will have a positive impact on the stock because the US contributes almost 35 percent of total revenues. Clearance of Halol plant from the USFDA is also a big trigger as it will improve the number of new product approvals.

A fall in the currency will have a positive impact on the stock as almost 85 percent of the revenues are from global sales. Increased number of clinical projects in Phase -1 guarantees improved phase-II and III pipeline over the next 2-3 years. The management too has guided for 10-15 percent growth in CRAMs business.

A fall in the currency will have a negative impact on the company because fuel cost is likely to increase further post rupee depreciation.

Also, the impact on employee cost is expected as Indigo has added foreign crew members in the recent past and is expected to even increase further as international operations begin.

A fall in rupee is likely to have a negative impact on the company as more than 50 percent of the debt of Adani port is in foreign currency.

Increasing working capital loans may add to the woes though volume growth of 8-10 percent is expected in FY19 which should be a positive.

The Company’s outlook for FY19 is strong, backed by a strong pipeline and order backlog. Management expects a double-digit growth in services business while design-led manufacturing (DLM) business is expected to grow in the range of 20 percent.

Recently, Cyient and Israel-based BlueBird Aero Systems have entered into a joint venture (JV) to offer field-proven unmanned aerial vehicle (UAV) systems to the Indian defense, paramilitary, security, and police forces. The JV will have a 51 percent shareholding by Cyient and 49 percent by BlueBird.

The Company plans to continue to grow through a judicious mixture of owned and leased hotels, a de-risked model along with its ability to attract management contracts.

Its long and successful track record in operating hotels for third-party owners would facilitate growth for the future. Moreover, recently regulations prescribe that GST rate for restaurants in hotel premises having room tariff of less than Rs 7,500 a day will attract GST of 5 percent without input tax credit, while tariff of more than Rs 7,500 and above will fall under 18 percent rate with full input tax credit.

In other words, though the actual room tariff is Rs 6,000, the customer will be required to pay GST on food at a rate prescribed for tariff Rs 7500 or above.

It has assigned a capex of Rs 3,000 crore for the next five years and hotel industry occupancy levels and average room rate (ARR) are showing upward trends due to a demand-supply gap.

The company continues to maintain its market share owing to its strong distribution reach, strong field force and product launches. The company has strong formulation business in domestic and international market.

The Company is vertically integrated with the ability to develop, manufacture and market pharmaceutical products, pharmaceutical substances and Intermediates. The company has earmarked a capital expenditure of Rs 720 crore for this fiscal year to complete existing projects and on maintenance.

The company had spent about Rs 600 crore of capex in the last fiscal year (FY18). It started focusing on the US market, in the past three years, the company has not only increased its research and development (R&D) efforts for the US market but has also acquired Orit, an oral solids, and liquids manufacturing firm.

The Company continues to invest in enhancing speciality and complex generics pipeline, for a sustainable growth. A diversified portfolio with limited product concentration risk is expected to help the company deal with price erosion challenges in the US.

All the key markets continue to perform well and have shown a healthy growth trend. During the Quarter ended June 2018, the company has achieved 16 percent growth in revenues led by a healthy growth across key geographies and segments.

It has a pipeline of 117 products and targets to launch 30 Abbreviated New Drug Applications (ANDAs) in FY19. It has some niche opportunities such as Toprol XL and Vanocmycin.

For companies like BPCL and HPCL, crude oil is a raw material which they will have to buy at the higher price and their final selling products are various refined products like petrol, diesel etc.

The prices of these refined products may not necessarily increase by the same proportion as of the crude oil. As a result, the refining companies will start losing money.

Companies like Bharti Airtel, Tata Steel, and Reliance Communication have foreign debts. Considering the fall in the domestic currency, the cost of financing will increase which will impact the profit margin of the company.

TCS, Infosys: IT companies have almost all of the contracts in USD thus appreciating USD against Re will increase their revenue and thus improve profitability.

Disclaimer: The author is Head - Fixed Income & Alternatives, Quantum Advisors. The views and investment tips expressed by investment expert on Moneycontrol are his own and not that of the website or its management. Moneycontrol advises users to check with certified experts before taking any investment decisions.