Rise of the machines: How tech is changing investing and trading world

Markets will evolve and there will be new products. While the way we invest might change, human behaviour does not. We are always seeking the 'edge' to maximise our upside.

Markets are a zero-sum game—someone has to lose for me to win. What are we doing in the market? Looking for an edge that no one else has, to tilt the odds in our favour.

As with most industries, technology is your obvious answer to the “edge”. Our world now has a problem of too much data—we generate it every day in news cycles, social media and satellite imaging, to name a few. Politicians, governments, central banks and companies give us more information today than a decade ago.

How do you process all of this to find your edge? 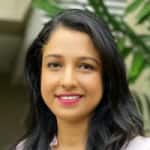 Algo trading is boring. What’s next? Every time technology in the markets is discussed, we invariably talk about algo trading done by machines.

Computers run high-frequency trading and algo trading is at least 50-60 percent of trades placed on most stock exchanges around the world over.

While these are short-term trades, markets over the long term are supposed to be a meritocracy and allocate capital to the best companies.

Therefore, what is far more interesting is what technology is doing to actual investing and capital allocation. Globally, there is a very clear shift away from humans into some form of systemised rules-based investing.

Money is flowing away from active human-managed funds into ETFs and quant funds.

Here are two statistics for you:

(2) The top five hedge funds in the world are quants

Evolution of tech in investing

Who do you think the most successful investor of all time is? No, it’s not Warren Buffett. It’s a computer.

Renaissance Technologies is a quant fund and arguably the world’s most successful hedge fund, generating a 66 percent gross CAGR since 1988 (30+ years).

Around 13 years before Renaissance started, John Bogle predicted that over the long term, humans would find it impossible to beat the index and founded Vanguard and created index funds.

Therefore, the ideas we talk about today have been in the making for decades and are increasingly evolving. While exchange-traded funds (ETFs) started as simple index trackers, we have moved on to thematic and active ETFs—there are actually more ETFs listed on the US exchanges than actual stocks.

Quant investing has evolved into many niches—momentum, arbitrage, macro, value, growth, etc. At last count, one in three hedge fund managers in the US were using quantitative strategies.

In China, quant AUM has doubled to nearly $100 billion in 2020. Through all of this, the actual technology that powers these machines is changing dramatically—factor investing was great in the past but version 2.0 is self-learning algorithms that are re-writing the playbook.

There is almost a dichotomy in the above discussion—there are passive products that are mostly hands-off index trackers and then there are sophisticated machines that can process information quicker than other machines and humans to find alpha.

But across the board, the number of seats at the table for humans is shrinking. We need to code the rules or show the machines where to look for data but increasingly the outcomes and decisions will not be made by us.

Not to say that humans are still not pulling the strings at the backend—a machine is only as good as the human who made it. The only difference is the path of those strings is now very convoluted and involves millions of iterations.

But what about all the flash crashes we read about?

There are of course stories of algos going rogue, breaking down, causing crashes. Ten years ago, BSE had to cancel all Mahurat trades because of a faulty algo.

Twenty years ago, LTCM, a quant fund started by Nobel prize winners, was wound up after its algos broke down in the Asian financial crisis.

These stories are more high-profile because computers caused problems. Human error and bad decisions consistently cause markets to crash and funds to fail. No one bats an eyelid there because human instinct is to allow for mistakes of our peers.

What we also need to understand is that

(2) machines are not infallible—there are just better at playing the probabilities of a range of outcomes. Sometimes it works, sometimes it doesn’t.

I think as our markets evolve, we should expect machines to cause disruptions because when this happens, another human will come along and build a slightly better machine.

What does this mean for capital allocation, societal good?

More than flash crashes, I think the more pertinent question to ask is, if ETFs take over a majority of the AUM, there is no stock picking, how will we as a society allocate capital? If you only care about the index, how do you dump bad companies, reward good ones, which is the very essence of our capitalist society?

In 2016, Sanford C. Bernstein & Co., wrote a note titled “The Silent Road to Serfdom: Why Passive Investing is Worse Than Marxism” arguing that you need active management for societal good.

One primary concern comes from the analysts at Bernstein: “A supposedly capitalist economy where the only investment is passive is worse than either a centrally planned economy or an economy with active, market-led capital management.”

This is a big deal in the US now—for nine in 10 companies on the S&P 500, their largest single shareholder is one of the Big Three ETF providers (Vanguard, Blackrock and State Street). Index funds now control 20 to 30 percent of the American equities market, if not more.

My contention is, markets will evolve and there will be new products. While the way we invest might change, human behaviour does not. We are always seeking the edge to maximise our upside.

(The author is Co-Founder and CIO, Upside AI)