Masterclass with Shankar Sharma: Be conservative. Don't be a cowboy in investing

One could buy 25 stocks with some good research. Out of the 25 at the end of 5 or 10 years, 5 will become multibaggers, says Shankar Sharma.


Finding multibaggers is a process and by following the process, at the end of 10 years, 2/3/4/5 among all the invested stocks will be brilliant and that’s how you will create the money, Shankar Sharma, co-founder and vice-chairman, First Global, said in an interview with Moneycontrol’s Kshitij Anand.

Q)  Your PMS schemes - India focused and Global - both outperformed in July. What led to the outperformance – is it the tactical diversification?

A) India was a different strategy than what we followed globally. In India, our PMS delivered about 9.5 percent compared to the market which was up by about 6 percent, but on a year-to-date (YTD) basis we are up about 20 percent while the markets are still down by about 10 percent - so the gap is massive on a year-to-date basis.

The main lesson to be learned here is that – an investor you have to avoid the big mistakes. If you are able to do that then you are going to beat the markets by a pretty good margin.

Looking back, we saw the danger in February and in March. We sidestepped it, we lost very little money and then we went back into the market on April 1st in India and from there we are up about by about 35-38%, while market is up by about 32-33%.

We have outperformed, and that could happen because we avoided March substantially. The key lesson in investing is to avoid the big down – the big drawdowns.

Otherwise, we can talk about which stocks we have picked? How we tactically positioned ourselves and of course there we have had some very winners. We have had winners in pharma which have going up five times from March, five times. So, yeah, those have all helped, but those are only small building blocks to the larger point I’m making which is do not become a cowboyed investing that is the most important thing.

On the global front, it was even better because in April itself we saw that the US dollar was going to weaken and therefore we went and bought oil at about $16-17$ that is gone up to $42/bbl now.

We have had gold, silver we bought so that is up like 70-80% in the last two months’ time and of course we have had some great stocks in China which have done phenomenally well and our Switzerland bets have done very well – we were well-diversified globally.

We avoided the big drawdowns in February and March, and that is why we are up about 22 percent on a year-to-date (YTD) basis while markets are still down. So the broad theme is while you can do all the smart stock picks and etc., but be conservative in this game, don't be a cowboy.

Q) I am sure you know this is something like music to your investors and that is something which I see on your Twitter feed as well, a lot of investors are acknowledging the fact that you have outperformed the broader markets or the markets in general?

A) I will give you a quick one-line thing we got a message from an investor that we have in our - India and globally - portfolio. The gentleman is a senior executive at a major auto company in Germany.

He sent us a mail saying that my whole life – and obviously a very senior person – whole life, the investing journey has changed ever since. 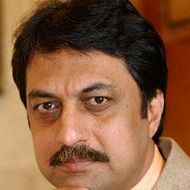 The letter further added that initially he use to buy 5 stocks that are likely do well, four would tank 80% and net-net, he would still lose money.

So the point is that you can do it by following strict process scientifically and like I said avoid the big dangers, big drawdowns you will come I had in investing.

Q)  I was going through your Twitter feed and interestingly you bought HDFC Bank back in 1996. It has been a mega wealth creators for investors. What does the journey hold for the private sector lender amid a change in management?

A) Yeah, so I mean, first and foremost, I mean nobody knew nobody. I don’t think Aditya Puri ever knew that this bank would become so big.

In hindsight, we can all say I saw this coming and all that, buy nobody saw this coming. Our bet was that it was going to do very well and we put out our piece of research in ’96 which said exactly that putting a baby and Arnold Schwarzenegger together side by side.

In reality, it was always a good bet, back then great management team, but that would become so big, nobody knew, 25,000 percent return.

Aditya Puri is not an entrepreneur by definition, right, he was a career banker. Here too, he was an employee, a founder employee but still an employee.

I don’t think in the history of business at least in India and frankly, even globally you have seen an example of an employee creating an organization of this size, scale, and excellence. I don’t think it is matched across the world, forget about India.

Therefore, if you see this achievement, and expect that the next guy will be as good as Aditya Puri, I mean, fingers are crossed, it’s a great, great company, it’s a huge machine, and as long as you don’t fiddle around too much, it can still keep running, but these are going to be big shoes to fill and let’s hope and pray that a great organization institution like HDFC Bank continues doing.Remember HDFC as a group has been founded only by employees becoming entrepreneurs okay, that’s been the nature of the HDFC group, and they have got that DNA. Hopefully, the same DNA will continue even in the future.

Q) You have got the Midas touch when it comes to picking winners. So any stock idea for our listeners that could turn in to Gold?

A) No, first and foremost, I don’t have any Midas touch, let me be absolutely clear, okay. The whole point in investing as I said earlier as well that do not put all your eggs in one basket -- that is silly and stupid way of investing.

One could buy 25 stocks with some good research. Out of the 25 at the end of 5 or 10 years, 5 will become multibaggers, in another 5 you might end up losing maybe 25-30-40% which have exited, and the balance will be along with the market whichever way the market has gone.

Finding multibagger is a process and we follow a process and that is how these things will come about. A pharma stock we bought in March which is up 5x came out of the process, and it didn’t come out of a brainwave.

Now as we speak right, I mean, India has been a very strange market wherein one part of the market has done terribly but there are other parts which like you said one of the stock I have mentioned right now without taking names, a 5X in four months is huge.

While they are going to have a rally and they will basically go up from the lows we still think there are risk there. Like I said, in investing as long as you avoid the riskiest areas of the market you will make money.

Investors should also remember one more thing -- one should not as an investor try to make all the money that is supposed to be made in the market because many stocks will go up.

Many stocks will go up in the market, and you don’t have to buy all of them. You should buy and get the ones which give you the best risk and reward tradeoff, as simple as that.

And we find that there is plenty of them are available, it’s not that they are not available. We have chosen to stay out of banks and NBFCs and we are quite thankful or that.

In the month of June, we actually underperformed because of that a lot of the NBFC rallied. We all know which one, right? But, I prepared to sit out those part because there are still dangers ahead.

Q) Do you think the outcome of the US elections will have an important bearing on the equity markets across the globe?

A) I don’t think, I think a lot of this is all nonsense when people keep trying to figure out what happens to the presidential election and therefore which will happen to the stock market.

In the US, the government and the president they don’t really control much in the economy unlike India, right? Policies are drafted and driven by who which party is in power and who was leading and all that -- US is more like a machine, it doesn’t really matter, whether Trump or Biden who really cares as long as the central bank remains accommodative.

I don’t think one individual matters so much in the context of the US, it matters a lot in India, but it definitely doesn’t matter in a large machine like the US economy.

Q) What is your take on the commodity prices all seems to be heading in one direction and that is up be it crude oil, Gold, Silver, etc. Nasdaq has already touched a record high, do you think tracking the momentum India could follow the trend?

A) Yeah, so we picked all these commodities in April. We have written about it also in our investors' updates which are monthly. We have done very well because of having commodities and commodities-centric markets.

We had Russia, we had Brazil which is up 50% in the last couple of months. So, obviously there is a reasonable bit of expectation that commodities will do well.

In that context, if you see India then a number of the commodity stocks have done very well. So, if you look at steel or you see the aluminum, those stocks have done pretty decently in India in the last couple of months.

I can’t take names. So, you can play some of these themes even in India and we have these names in our portfolio and that is another reason why we have done well. Few stocks have done phenomenally well in the last couple of months that are up 30-40%.

We have been able to capture the global commodity upswing, that in our India theme, apart from playing it globally. In India you can’t play a number of them directly, you can play them indirectly through the stocks which we have.