Financials, consumption among top 5 themes that are likely to hog limelight in 2019

Q. What is your outlook for the coming year?

A. 2019 is important from many points of view. The US Fed is on course for normalising its monetary policy and is well on its way towards higher interest rates.

EU grapples with the UK Brexit dynamics even as the ECB stops expanding its balance sheet. Concerns of China slowing down persist. Thus, the best of easy liquidity conditions globally are past us. 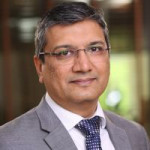 Back home, we have the general elections coming up in May 2019 and a new Governor is already at the RBI. Food inflation has remained subdued as food commodity prices remained low, which has led to some frustration in the rural areas.

Job creation remains an issue. Given these, the recent reversals in the state elections and the events at non-banking finance companies may lead to the current government adopting more rural/farm sector and pro-small business policies. It also may mean being more populist and spending on infrastructure and housing would continue.

We remain positively inclined to consumption-oriented plays like consumer staples and discretionary and housing-linked themes like housing finance companies.

Overall for the broader market, we expect a high single-digit return, with volatility due to local and global factors. A large part of the market behaviour and trajectory may be dictated by the crude oil dynamics when the US reviews its outlook on Iranian exports.

Q. Top five stocks/sectors you think are good buying ideas with a target price for the year 2019?

A. The themes that we prefer are:

Financials: largely private-sector and selective PSU corporate bank will be in focus as we expect FY20 to be the year of good growth for corporate lenders as slippages are expected to moderate and the competition from weak PSU banks and NBFC is reduced. Additionally, as the provision coverage ratio is at comfortable levels, we expect incremental provisions to reduce, leading to sharp earnings growth.

Consumption, both staples and durables: Though valuations are not very cheap, this theme remains a multi-year theme backed by demographics and urbanisation.

Government spending on infrastructure and housing will make it another hot theme.

IT Services: Though we expect the rupee to gradually depreciate, our bullish view is predicated on US growth in CY19, which seems to be okay so far.

Chemicals and metals will be in focus as manufacturers shift out of China due to closures/trade-related issues.

The valuation premium may not look excessive given earnings growth CAGR for FY18 –FY20 is estimated to be 16 percent.

However, if we compare fixed income yields (G-sec yields) and earnings yields (using Nifty earnings) current market valuations are expensive. Our base case, therefore, is for high single-digit returns at the index level.

Q. After the recent correction, do you think much of the froth is out and investors can again look at the mid and the smallcaps in 2019?

A. For almost four years since 2013-14, the market was on a continuous re-rating spree on the back of easing inflation and surplus global liquidity. It led to valuations reaching all-time highs and midcaps started trading at a premium to largecaps, which is a rare event.

In late 2017, we saw Indian rates rise and reversal of global flows as liquidity infusions from the major global central banks reduced.

In our view, some froth of valuations has definitely eased especially in small and mid-cap stocks which had corrected quite considerably. Small and midcaps tend to be more of bottom-up investing options and we see that pockets of value are emerging.

Q. What is the mood of FIIs and do you think the recent friction between the government and the RBI will lead to some loss of credibility and weigh on sentiment?

A. In our view, the bigger factors impacting FII sentiment would be 1) global liquidity which is clearly weakening as major central banks cease to expand their balance sheets; and 2) crude/currency dynamics which have a direct bearing on domestic macro pressure points, current account deficit, and the Indian rupee.

Some friction between government and the central banks is par for the course not only in India but even in mature markets like the US. These will create short-term volatilities but we do not see a long-term impact of such events.

Q. Is market pricing in Modi returning to power in 2019? If not, then in case Congress come or we have a coalition government, do you think we could see more pressure?

A. Politics is difficult to call and sentiment can turn rapidly. Current market expectations are that of no change in the regime, though it may be a reduced majority.

A year back, the opposition seemed to be disjointed but in the past six months, some order seems to be emerging. Pre-poll alliances and seat sharing is the key factor to monitor.

This would be especially true for multi-party contests in states like UP, Bihar, Maharashtra, etc. In addition, we need to keep an eye on states like Telangana, Andhra Pradesh, and Odisha, wherein the dominant regional parties may play a pivotal role in case the numbers fall short of the majority mark.

As we move closer to May 2019 and get a trend of multiple opinion polls, markets will keep adjusting the expectations.

However, since 1991, we have seen governments of all shades and hues (UPA, NDA, unstable coalition, etc.) at the centre—India continues to grow under all regimes. We do not see a correlation between the type of government and growth.

Currently, it is even more so since a large part of the structural and tax reforms have already been implemented (GST being the latest big one). Thus not much is expected in terms of policy change under different dispensations – much of the hard work is already done.

A change in regime may create short-term volatility but not much long-term impact. We have seen the market crash in 2004 (unexpected loss of NDA) and surge in 2009 (stable UPA against expectations of weak coalition) and 2014 (strong NDA majority), however, these losses and gains were only temporary. Ultimately what mattered for the markets is whether economic growth was delivered or not.

Q. Where is rupee likely to move in 2019 and what are the factors that one should watch out for?

A. The sharp increase in oil prices during 2017-18 resulted in higher trade and current account deficits that resulted in a sharp depreciation of the Indian rupee. However, over the past two months, oil prices have come down from $85 plus to around $60.

Going into 2019, India’s macro imbalances are expected to improve versus 2018 if oil remains stable. We expect INR to remain volatile due to a) political uncertainty because of general elections, b) rhetoric around global trade wars, and c) reduced capital inflows from global investors.

Global growth, especially the US, is expecting to witness some slowdown and the US dollar may not appreciate much from current levels unless there is a sharp risk-off sentiment globally. We expect INR to take cues from global oil prices, domestic political developments and global growth.

Q. Do you see RBI moving to a more dovish stance and cut rates in 2019?

A. The Monetary Policy Committee (MPC) is primarily driven by inflation and inflation expectations. Consumer Price Inflation (CPI) has surprised all by staying low over the past year, driven by a surprisingly sharp disinflation in food prices.

The first half of 2019 should see inflation closer to the MPC target of 4 percent and economic growth is expected to remain subdued.

The MPC had softened its stance on rates in its policy in October 2018. With the sharp downward revision in its CPI forecast during December coupled with slower growth over the coming quarters, we expect the MPC to maintain dovish tone to future rate guidance.

The market interest rates have already come down by 40-50 bps driven by open market operations (OMO) and a sharp fall in oil prices.

We expect the MPC to take note of domestic growth, fiscal policies, and global macro situation before taking a call on a rate cut.

Q. It looks like the government will dole out certain populist measure ahead of the polls to set the stage for the big day. Do you see this as a concern for D-Street?

A. The upcoming elections of April-May 2019 should keep noise around populist measures high. However, given the limited time available, there is little chance of deploying and executing the announcements of any sops.

Moreover, solutions to structural issues such as lack of employment or rural/farmer distress cannot be found in the next few months. In many states, farm loan waivers have already been announced.

Incremental farm loan waivers and implementation of seventh pay commission recommendations in the remaining states will not be big concerns for the equities market, though the bond markets may feel the jitters.