Budget 2020: 'Infrastructure to be key theme, but private participation likely to be low'

The government will not meet the fiscal deficit target and the market will be comfortable with 3.7-3.8 percent levels of fiscal deficit.

Infrastructure is expected to be the keen theme, as it has long-term positive impact on the economy. Infrastructure expenditure can lead to demand stimulus in the near term but execution challenges, especially those from the funding side, will have to be watched, Rajat Jain, CIO at Principal Mutual Fund, says in an interview to Moneycontrol's Sunil Shankar Matkar.

Q: What are your expectations from the Budget?  Do you think it will be a big-bang budget, considering the economic slowdown?

A: The main challenge before the economy is that of reviving growth. We believe that the market would be comfortable with the inevitable miss on the fiscal deficit, so long as the focus is on reviving growth. We expect the government would look at reviving consumption in this regard.

Spending on infrastructure is key. The government may infuse more capital in infrastructure agencies like NHAI, IIFCL, NIIF, etc. In non-revenue measures, there could be discussions of strategies on privatisation, on resolving power sector issues and support for PSU banking sector in terms of fresh capital to provide for growth in credit to the economy. We also expect that the forecast fiscal number for FY21 may breach the original target of 3 percent.

Q: Do you think the government will meet the fiscal deficit target? If not, what will be a comfortable level for the market? 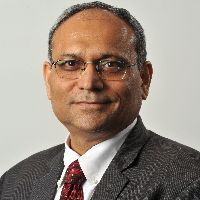 Q: Which are the sectors likely to hog the limelight in the Budget and why?

A: In terms of broader sectors, infrastructure, agriculture and exports are likely to be in the limelight. The reasons for infrastructure are listed in the answer to the question below.

As far as agriculture is concerned, rural consumption is a considerable part of India's growth. While large portion of India’s population is employed in agriculture, productivity, especially post-harvest productivity lags global numbers. Hence improving productivity in this space can have a big impact in the GDP. With regard to exports, India has seen a flattish trend in last three-four years. Hence it may be prudent of the government to focus on growth of exports.

Q: Do you think the infrastructure sector could be a big beneficiary of the Budget?

Q: What do investors expect from the Budget?

A: The benefits available under Section 80C can be potentially revised upwards as the Rs 2,00,000 limit has remained static for a long time now. Changes to the Long Term Capital Gains tax could help improve sentiment in the equity markets. Another expectation would be on Dividend Distribution Tax (DDT). DDT leads to multiple levels of taxation for the same income. It will be a positive sentiment for the market if DDT is revisited by the government.

A: There can be volatility in the market post-Budget, in case the Budget proposals lead to some disappointment from the capital market perspective. The valuations in the markets, especially in most largecaps, are not cheap and while there are some signs of the economy bottoming out, a broad based recovery in corporate earnings is yet to be seen.

Q: Will a major tweak in personal income-tax be a game changer?

A: While it is possible that there are some changes in the personal income taxes, given the need to boost consumption and give some relief to tax payers, especially at the lower levels of income, we do not see a major revamp in this space ahead of the implementation of the new direct tax code.

Disclaimer: The views and investment tips expressed by investment expert on moneycontrol.com are their own and not those of the website or its management. Moneycontrol.com advises users to check with certified experts before taking any investment decisions.
Sunil Shankar Matkar
Tags: #Budget 2020 #MARKET OUTLOOK
first published: Jan 31, 2020 12:36 pm