Bank Nifty resumes uptrend; these 3 stocks could deliver 8-11% returns in the short term

Going forward, it is not going to be a cakewalk for the bulls as there are multiple hurdles for the Nifty.

Nifty staged a sharp turnaround in the second half of Thursday. IT stocks led the rally followed by banking, pharmaceutical and metal stocks.

However, midcaps and smallcaps stocks underperformed. As mentioned in our previous week’s edition, remaining cautious proved to be rewarding as our view of Nifty heading towards the 10,500 mark worked out well.

The index formed a bullish candlestick pattern on the daily chart. Smaller timeframe chart indicates that the Nifty has broken out from an inverse head and shoulder pattern. These projections indicate that the Nifty has immediate resistance at 10,600 levels.

It has found support at the 100-day Double Exponential Moving Average (DEMA) and also reversed from its 50% retracement of the entire move from 9,950 to 10,930 levels. 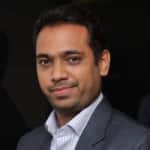 The Bank Nifty too reversed even before reaching its 50-DEMA levels of 25,510. It also reversed from its rising trendline support zone, which is an early indicator of the resumption of the higher top-higher bottom cycle.

Here is a list of three stocks that could deliver up to 8-11% returns:

The stock has been consolidating for the past five weeks and has finally broken out from a fresh base on the daily chart. The price outburst has been accompanied with a credible increase in traded volumes.

Other oscillators also are indicating that the current momentum is likely to extend further. We expect Tech Mahindra to rally towards its potential target of Rs 770 in the medium term.

A four-month consolidation seems to be coming to an end as the stock has broken out from an Inverse Head and Shoulder pattern on the daily chart. The stock has also surpassed its medium as well as long-term moving averages.

In addition, the breakout was also accompanied with smart volumes further accentuating our bullish stance on the stock.

After consolidating for over four weeks, the stock has broken out from a falling wedge pattern on the daily chart. The 50-DEMA has proved to act as a strong support every time LTI was under pressure.

We expect LTI to surge higher towards its target of Rs 1,828 in the medium term translating into an upside of 8.5 percent.