The mission so far has been able to utilise only 49 percent of the committed amount across 100 cities. Yet, the Smart Cities Mission has several jewels in the crown.

The Smart Cities Mission completes seven years on June 25. Against the commitment of Rs 48,000 crore for 100 cities over five years and a matching equivalent amount to be released by the states, the Centre has so far released a total of Rs 28,413.60 crore and 83 percent of it has been utilised.

The city development plans were designed around the budget with the assurance that finance would be available to this extent. And yet, the utilisation has not even crossed 50% of the amount committed and we are not even counting two extra years in which, one can assume, the pandemic took precedence.

So, with no money constraint the mission has been able to utilise only 49% of the committed amount across 100 cities. Considering that each city has been asked to confer with their citizens and plan interventions which will improve liveability, workability and sustainability, this seems like a missed opportunity.

According to Lok Sabha data, the total projected expenditure of the project is Rs 2,11,628.23 crore. Of this, the government has pooled in only 13 percent of the funds so far. The Smart Cities Mission began as a five-year programme and the cities were expected to show results by 2019. 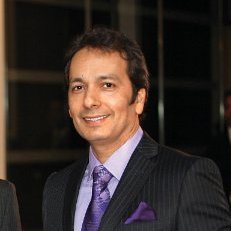 Jewels in the crown

Among the project’s accomplishments are several jewels in the crown for the Smart Cities Mission.

1) The Indian Urban Data Exchange (IUDX) was born out of the need to enable data exchange between various city departments, government agencies, citizens, and the private sector. IUDX helps cities to use data intelligently to address complex urban challenges.

2)  Under  the Atal Mission for Rejuvenation and Urban Transformation (AMRUT), a sub-scheme on ‘Formulation of GIS based Master Plan for AMRUT Cities’ has been approved to facilitate states and cities to take up Master Planning and is being implemented in 456 towns of 35 States/ Union Territories. Now a GIS- based Master Planning for Class-II towns with the population 50,000 - 99,999 has been proposed too.

3) A public bike sharing scheme which began in Bhopal in 2017 through Chartered Bike now spans various other cities including Ranchi, Surat, Kolkata and Prayagraj. It is now planning to introduce 2,000 electric bikes along with 200 EV charging stations in Mumbai in the next 3-6 months.

4) The Tertiary Treated (TT) Water SCADA projects that are being implemented to monitor the quantity and quality of Recycled Water to save the precious water resources being used for irrigation purposes in cities. Nagpur has gone a step further and is treating 90 percent of the sewage water and earning revenue by supplying the treated water to power plants. SCADA (short for Supervisory Control and Data Acquisition) has been implemented in Mumbai, Pune, Dehradun, Ahmedabad, Nashik among others.

5) Transformation of public spaces as has been executed where roads sport cycle tracks. LED streetlamps and footpaths and will be devoid of overhead cables; aesthetic street furniture and smart signages have brought about a remarkable change in Coimbatore and some other cities. River waterfronts have been brought to life in Ahmedabad on Sabarmati and Ranchi, Panaji, Jammu etc are planning to follow suit.

6) Vadodara Municipal Corporation (VMC) last month received 36 bids on the BSE BOND platform for Rs 1,007 crore, which is 10 times the issue size. The bond was meant to raise the sum for a contribution of Rs 224.30 crore of the civic body for 14 projects under the AMRUT scheme. The effective coupon rate will be Rs 4.55 percent per year to make a total of 22.75 percent for a period of five years.

Last year Ghaziabad Nagar Nigam (GNN) successfully raised and listed India’s first Green Municipal bond issue of Rs 150 crore at a cost of 8.1 percent. The money will be used to clean up dirty water by setting up a tertiary water treatment plant and supply piped water through water-meters.

In June 2017, Pune Municipal Corporation raised Rs 200 crore through municipal bonds at an interest of 7.59 percent to finance its 24x7 water supply project. Cities can be sustainable in the long term only if they can access municipal bonds to finance their projects. A disciplined financial track record will enable them to avail of funds at lower rates of interest.

The concept may have evoked a conflicting response with expectations of a transformed uber modern shining city, but the Smart Cities Mission has truly brought about an urban planning renaissance.

The initiatives may not yet have begun showing outcomes of falling crime rates or improving health or higher real estate prices around transformed areas, or reduction in traffic or better accountability and services by municipal wards but a meaningful change has begun taking place. The Ministry of Housing and Urban Affairs (MoHUA) has worked on 15 smart city standards which may establish a path for 4,000 cities to follow.

The sheer accountability to citizens, the offering of government services to facilitate ease of living, the quest for winning challenges by thinking out of the box, the need to collaborate and cooperate with citizen groups for furthering the objectives of the city, the embracing of technology for healthcare, security, transportation, all have contributed to a changing mindset.

A lot needs to be done as the pandemic has exposed flaws in Mission’s ability to make cities prepare for disasters as observed during cyclones (there have been six cyclones since 2019) and during the pandemic where equipping healthcare facilities with telemedicine in remote villages could have helped tremendously.

In fact, during the first wave, apart from offering the police

Integrated Command and Control Centres (ICCCs) for crowd control, there was very limited assistance. Even contact tracing, which would have been a useful technological intervention, was not worked upon collectively by all ‘smart cities’. But apart from these, there are inherent flaws in the system which are obfuscating this inspirational idea.

1) The average tenure of a municipal commissioner is estimated to be under 12 months. So, although we have a Smart City CEO who reports to the board for the Special Purpose Vehicle (SPV), the municipal commissioner who is a vital board member, in most cases, cannot contribute as much to the cause as needed. Cities have traditionally faced the silo phenomenon where various verticals like water, waste, energy, transportation, governance etc have multiple departments and therefore department heads which do not work in an integrated manner.

2)  Most of the budgets of municipal corporations are spent on salaries, leaving no funds for development projects. This too requires a review. The centre’s scheme to provide 50-year interest-free loans to states for catalysing investment with certain milestone achievements could be a good model to follow.

3) Aggregation of public procurement could have helped achieve economies of scale as was the case for LED lights which was effectively executed by Energy Efficiency Services Ltd (EESL), a Government of India enterprise. But each city is reinventing the wheel and calling quotations for similar services and products, and no one is benefitting from another’s experience. Not even within the same state!

4)  The budgets of the municipality are far larger in many cities than the amounts provided under the Mission, and they ought to have been inspired by these initiatives under the programme so that a good idea was rolled out for the entire city. But political interests are hindering and subverting the concept; even the SPV CEOs are at their mercy.

5) Property tax revenues which can develop into a major revenue resource for cities have not been brought into focus. At present property tax revenues constitute 0.2% of India’s Gross Domestic Product (GDP) while in developed economies like Canada and US, this contributes 3 to 4 % of GDP. On an average, only 37% of the amount demanded is collected. The Smart Cities Mission has failed to bring about any reform in this creamy area of potential revenues for urban local bodies.

All eyes are now on July 2023 when the Mission will complete its Rs 2.12 trillion of projects. I hope by then outcomes will be evident and duly reported. After all, it is a journey, not a destination, and great outcomes will pave the way for Smart Cities Mission 2.0