COVID-19 | Sitharaman must press the reset button and present Budget 2020 2.0

Almost every component in the annual accounting exercise, and every element of assumption and projection now requires a second look

On February 1, when Finance Minister Nirmala Sitharaman presented her second budget, she was broadly confronted with the following constraints.

Households weren’t spending, companies were sitting on a piling mount of unsold stocks, farmers remained in distress, the world economy was shaky, the tax revenue flows were wobbly and the queue of job hopefuls was getting longer with opportunities coming down to a trickle.

On April 1, she may well be looking back at these constraints with a degree of longing. COVID-19 and its spread are threatening to leave a devastating trail of destruction across the economic landscape, blowing into smithereens the very framework of orthodox fiscal policy planning.

Every element in the world’s, and India’s, fiscal policy planning, almost every component in the annual accounting exercise, and every element of assumption and projection now requires a second look.

Sample this. Sitharaman had assumed nominal GDP growth of 10 percent in 2020-21, a goal that looks almost unthinkable to achieve given the rapid turn of events. 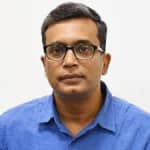 The finance minister had posited India’s tax revenues will grow by 12 percent in 2020-21 compared to the previous year. She had pencilled in a non-tax revenue growth at 11.4 percent to Rs 3,85,017 crore.

The math had also set some very tall targets from receipts such as divestment (Rs 2.1 lakh crore), spectrum and other proceeds from telcos (Rs 1.33 lakh crore) and dividends from the Reserve Bank of India and banks (Rs 89,648 crore).

All these, and many more, would need a serious re-examination.

The extent of the ruin will critically depend on how long the lockdown persists, and the pace at which restrictions will be phased out.

The restraints on economic activity have been necessitated by a public health emergency. Governments across the world have made the hard choice to adopt a strategy to save lives, even if it comes at the cost of killing livelihoods.

There is an ethical aspect to this question that the world will debate for years to come. However, it is the fiscal choice that policy managers will now be called upon to make in the immediate term with a fresh set of postulations in an uncertain environment.

The economic disruptions will reduce revenue and tax compliance. The lockdowns and the prolonged restrictions may force many a company to shut or curtail operations, lowering the government’s tax collections.

Healthcare costs will see a sharp spike and the government may be forced to offer a series of relief measures to help businesses and individuals stay solvent.

These may come in the form of tax reliefs, benefits, salary support, and loans, resulting in ballooning budget deficits. Here’s an indicator. During the Ebola outbreak that spread rapidly across Africa, many countries in West Africa saw their deficits jump by up to 9 percent of their GDP.

This occurred even when most of these economies have relatively smaller public sectors, and lower welfare spending compared to India.

World leaders, including Prime Minister Narendra Modi, have not hesitated to compare the coronavirus challenges to that of a war. There may not be heavy artillery bombarding, but the mutilation to the economy may turn out to be far deeper, and wider.

The fiscal policy response, therefore, will need a wartime comeback. In the last 74 years of budget-making, there have been three occasions — 1956-57, 1965-66 and 1971-72 — where the finance minister has presented a fresh set of proposals mid-way through the financial years.

In 1965, then finance minister TT Krishnamachari presented a fresh set to taxation proposals on August 9, 1965, even when India was in war with Pakistan between April to September 1965.

In 1971, then finance minister YB Chavan, proposed “additional measures for maximum mobilisation of resources for defence effort” on December 13, 1971, three days before the war with Pakistan ended, liberating Bangladesh.

In 1956, Krishnachamari presented a second budget on November 30, 1956, compelled by an impending foreign exchange crisis that the Arab-Israel war on the Suez Canal (also called the Suez Crisis) caused by halting merchandise exports from across the world, including India.

The challenges that the current finance minister faces are far daunting than what Krishnamachari and Chavan faced. Sitharaman faces a fiscal war that will require her to deploy all the policy arsenal — unorthodox and conventional — to win this fight.

When the storm passes away in a few months, the finance minister should look at pressing the reset button and present a fresh budget with a new set of targets and assumptions.

Sitharaman may well be reminded of one famous line, often attributed to John Maynard Keynes: “When facts change, I change my mind. What do you, sir”?