The Kalyani group is all set to scale up its presence in the defence production sector. The group will concentrate on operationalising its three foreign joint ventures and at the same time, also explore opportunities in the aerospace sector.

Speaking to CNBC-TV18’s Rituparna Bhuyan, Kalyani group chairman Baba Kalyani said the armed forces require over 4,000 guns right now with the average price of one single unit expected to be around Rs 12 crore. This totals to Rs 50,000 crore worth of guns which no single company will make and therefore, the group plans to set up a ‘Make in India’ cell for the same.

The group is looking to make jet engines and sees lot of opportunities in aerospace segment, added Kalyani. 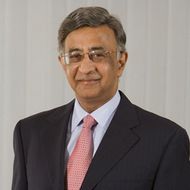 Q: What are the future plans of your group in defence sector?

A: On the aerospace side, we are looking more at components and are also looking at engines. This is another bugbear in India that we have not been able to produce our own jet engine after 60 years of independence.

The fact is we don’t have an indigenous jet engine, a comparative competent jet engine and I really don’t see why India as a country with all its resources, all its laboratories, we can’t make our own jet engine and I want to put my personal attention into seeing whether that would be possible.

Q: What kind of cost competitiveness can a group like Kalyani provide when it comes to foreign equipment versus Indian equipment?

A: If you take an artillery gun, the cost will be at least 30 percent lower than anything you import from anywhere. So, there is nobody in the world that can beat India in defence equipments on cost.

Q: In terms of sales, in terms of turnover in next five years or in next 10 years, from the defence segment do you have any target in mind?

A: The armed forces require over 4,000 guns right now. The average price of one single unit of gun is about Rs 12 crore and that totals to Rs 50,000 crore.

No one company will make Rs 50,000 crore worth of guns, so even if four guys are involved in this including somebody from the government, somebody from the private sector and you take one-fourth of that which is a lot of money. So, I set up a ‘Make in India’ cell to say which out of those imports can we stat making and that to me is straight bottom line, topline and bottom line.

Q: Are you working on an import substitution?

A: Exactly and for two reasons. You import substitute anything, it will be at a much lower cost, so your margins will be very good because you are damn competitive and with that you build up capacity and capability.