The new Audi S5 Sportback meets all your performance sedan goals and then some.

At Rs 79.06 lakh, the S5 Sportback is a steeply price proposition, but sheer good looks and consistent performance go a long way to make it worth the price tag.

I have to admit, right off the bat, that previous iterations of the Audi S5 Sportback always conjure fond memories. Be it the supercharged model that debuted in India back in 2015, or the second-generation turbocharged version that I found myself driving from Munich to Prague and back in 2018, the S5 has always proven to be a steady, practical and thrilling companion.

The facelifted model arrives right when performance sedans seem to have captured the imagination of the country like never before, with local assembly driving down the prices for rival cars and, to a great extent, bringing top-shelf performance sedans into the marginally attainable realm. The new S5 Sportback isn’t locally-assembled and as such, doesn’t benefit from a price drop. What it is, however, is an absolute riot of a car.

Even in an unlit parking lot at the Mumbai airport where I collected the car, there was no mistaking Audi S5 Sportback for anything else. The facelifted model looks much more sharp-edged and flamboyant, particularly in this shade of Turbo Blue. Everything from the nose to the shoulder-line looks a lot more chiselled now. But it’s the more subtle flourishes that add to the S5’s visual appeal. The matte silver accents on front-splitter, air dam and windows, all bring such subtle visual finesse to the S5, proving once again that no rival’s design game is as strong as Audi’s. The S5 is a mix of svelte yet muscular looks, handsomely proportioned like an Olympic swimmer. On the inside the steering is, once again, fittingly flat-bottomed with the brand’s “S” insignia right between the flat edge. There are more touch-enabled bits in here, like the 10.4-inch screen that stands atop the centre console. However, not every input is met with haptic feedback, thanks to the absence of a dual touchscreen interface. Sometimes the old-fashioned ways are the best. And given Audi India’s soon-to-be-enriched EV portfolio, this could very well apply to turbocharged V6s as well, the likes of which we continue to find in the facelifted, BSVI-compliant model. The engine, along with the 8-speed automatic transmission (there’s a little too much torque for a dual-clutch DSG gearbox to handle here) remain the same as before. In addition to that, the interiors are finely specced-out with a large sunroof, virtual cockpit, adaptive LED headlamps and other Audi staples being present and accounted for.

There’s a healthy 354bhp of power and a healthier 500 Nm of torque being delivered to all four wheels, courtesy Quattro. Torque is split 40:60 front and rear, and traction remains damn near impossible to break. Power levels on the S5 may not overwhelm, but the car does change character considerably when you switch from ‘Comfort’ to ‘Dynamic’ mode at which point a sense of urgency possesses the motor, sending it grunting and snarling toward the horizon.

While ground clearance remains sufficient for Mumbai’s comparatively speed-hump free environment, this is a CBU  (complete-built unit) import and stands like one. This gives the S5 an advantage in terms of driving dynamics, putting the driver closer to the ground, as it makes a beeline towards the red zone and masterfully tackles corners. Where the S5 truly excels is in being the most livable fast saloon car. The suspension is superbly calibrated; even in ‘Dynamic’ mode, it doesn’t rattle any dental fillings. This attribute isn’t acknowledged often enough, in an era where everyday performance cars and hot hatches appear to be too stiff and largely unsuited for Indian roads. One issue ailing previous iterations of the S5, and many performance Audis was the lack of sufficient feedback from the steering. Audi’s tendency to err on the side of sensibility, often put the brand at odds with purists, but it’s something they’ve clearly heeded since the S5’s steering feels well-weighted and comparatively more precise. ‘Comfort’ mode does prompt a bit of transmission lag, which can feel bothersome to the lead footed, but switching to ‘Dynamic’ really does bring out the best in the car, without any compromise on the comfort front. 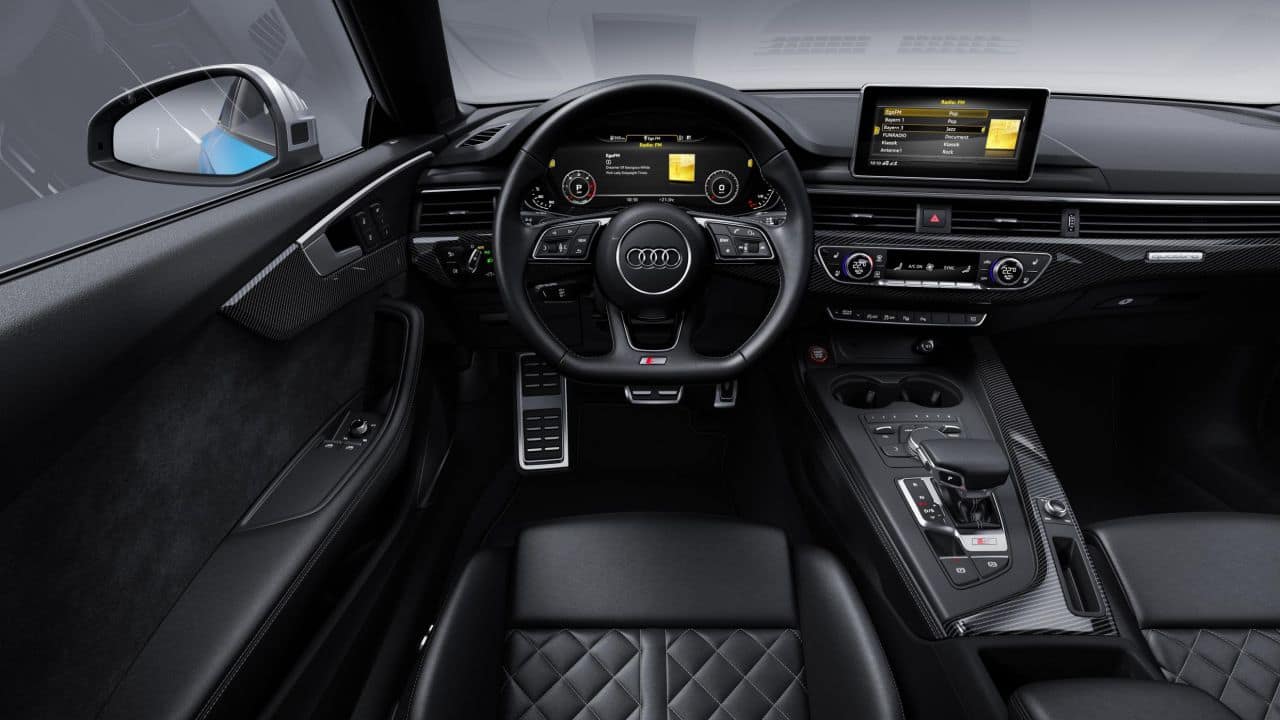 Ultimately, it’s this inability to compromise that endears. The S5 Sportback takes its everyday car responsibilities as seriously if not more than its performance car duties and its willful dedication to its primary role enhances its real-world usability considerably. Audi may have been the first luxury car brand to bring a proper performance sedan into the market back in 2012, with the S4, but today it faces heavy competition.

What the new S5 Sportback undoubtedly has working in its favour is the fact that it’s dressed to be admired. Rarely have I seen a car of its ilk inspire supercar levels of rubbernecking. Any angle you look at it from, the S5 is a finely-boned creature. At Rs 79.06 lakh, the S5 Sportback is a steeply price proposition, but sheer good looks and unfailingly consistent performance go a long way in making it worth the price tag.
Parth Charan is a Mumbai-based writer who’s written extensively on cars for over seven years.
Tags: #2021 Audi S5 #Audi S5 review #Auto Review #Four wheel drive #New Audi S5 #Quattro technology #Virtual cockpit
first published: Jul 28, 2021 12:27 pm