44th Chess Olympiad: Indian contingent get off to a dream start

All six Indian teams won all their games in Friday’s first round, scoring a whopping 24/24—a record of sorts.

India 2, with talented youngsters such as D. Gukesh and R. Praggnanandhaa, is seeded 11th at the starting line-up based on their average rating. (Image: Twitter/ChessBaseIndia)

It's not often that a country get to field three squads each in the open and women’s sections of the World Chess Olympiad, but as hosts, India could this time, and the youngsters who got this rare opportunity, have got off to a dream start. All six teams won all their games in Friday’s first round, scoring a whopping 24/24—a record of sorts.

World champion Magnus Carlsen has said he was more excited about the India 2 team in the open section than the higher rated India 1, which is made up of more experienced and established players. Comprising talented youngsters such as D. Gukesh and R. Praggnanandhaa, and seeded 11th at the starting line-up based on their average rating, India 2, according Carlsen, could turn out to be a giant killer. 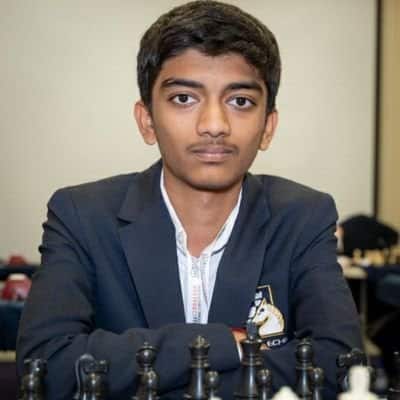 Not surprisingly, after the first two rounds, the young guns of India 2 took pole position along with nine other countries, with its players winning all eight games (four in each round) against the UAE and Estonia. Even India 1, seeded second, and the outright favourites, the US, have not managed to maintain a clean slate in the first two rounds, despite playing against much weaker opponents.

Though India 1 with much higher rated players such as P. Harikrishna, Vidit Gujrati, Arjun Arjun Erigaisi, S.L. Narayanan and K. Sasikiran won all the games in the first round against Zimbabwe, Erigiasi conceded a draw in the second round against Moldova. The others in the team won, so on aggregate they scored 3.5-0.5.

In the early stages of this 11-round tournament, teams are, as a rule, unevenly paired, giving the stronger sides the opportunity of easy pickings. India 2 has made the most of it, while the other two squads have faltered. Still, they haven’t fallen far behind, and can catch up in the next few rounds. For all these teams, the contest is going to get tougher as they cruise into the middle stages of the tournament and are paired against teams of comparable strength.

India 3, made up of slightly older players, conceded as many as three draws in the second round against Mexico, after winning all their games against South Sudan in round one. The lone winner from the India 3 side in the second round was Murali Karthikeyan. Even so, they are ahead of the US, which has had to settle for as many as four draws in the first two rounds. They won the rest of their games.

For the top-seeded US, the start has been rather disappointing, with all their top players - Fabiano Caruana, Levon Aronian and Wesley So - not being able to pull off wins against much weaker adversaries. In the first round itself, the US couldn’t live up to its billing with Aronian conceding a draw against Angola’s David Silva, rated 460 points lower. In the second round against Paraguay, the US gave away as many as three draws.

The other key team in the open section, Norway with Carlsen at the top and seeded third overall, is tied with India 1, having conceded only one draw in the first round against Lebanon. Carlsen was rested on Friday. He and his team had an easy outing in the second round against Uruguay with the Norwegians winning all their games.

In the women’s section, India 1 are the favourites but they had a minor hiccup in the second round when their top-rated Koneru Humpy was held to a draw in their outing against Argentina. The other players on the team have won both their games, and they are just half a point short of 8/8. The women in India 2 have had the same outcome as the India 1 side, conceding only one draw in the first two rounds—against Latvia in the second round—whereas India 3 had to settle for two draws in the second round against Singapore. Nevertheless, as the difficulty level starts to rise, thanks to impressive performances in the first couple of rounds, all the Indian players remain unbeaten.

Players fielded by India are a mix of raw talent and experience. Those less known, or those with limited international exposure, have an edge over their senior compatriots because their playing styles are less studied in the circuit. For instance, Praggnanandhaa is only 16 years old, who started creating world records from the age of 10. Earlier this year, he pulled off his biggest ever upset when he beat Carlsen in a rapid game, a shorter format of chess. 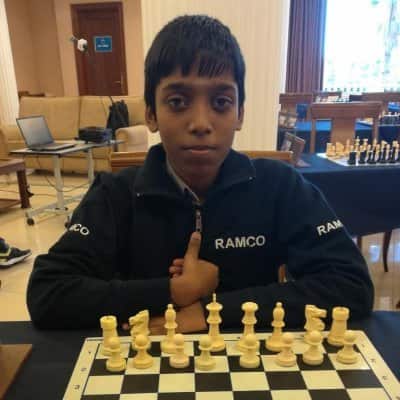 Gukesh, playing alongside Praggnanandhaa, is also from Chennai and aged 16. Already, he has displayed a tremendous amount of talent, claiming the Grandmaster title in 2019 at the age of 12. He was the second youngest in the world to become a Grandmaster and the youngest ever in India till date.

In today’s competitive chess, when it is the norm for established players to turn up with truckloads of opponent-specific homework in their heads, players such as Praggnanandhaa and Gukesh can pull of nasty surprises, because their strengths, weaknesses and playing styles are relatively less exposed.