Where Ret Samadhi / Tomb of Sand derives its power from

The book is written in the spirit that stories are nomads.

When one begins reading Ret Samadhi/Tomb of Sand, there is hardly any indication of the book turning its gaze towards Pakistan. Instead it begins with Ma, who has literally turned her back to the world after her husband’s death, her daughter Beti, who has moved out of the family home to escape the limits set by patriarchy, the Reebok-loving Bahu who plays the typical role of bahu in an upper-middle class North Indian family. 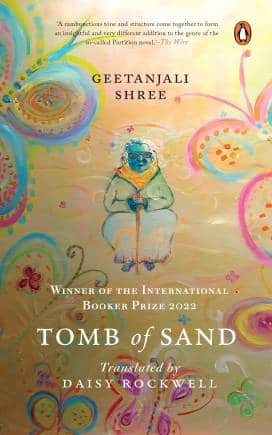 This is an evocative and powerful tale that weaves the characters of these strong women (which also includes the transgender person Rosie bua) through interesting motifs of houses, doors, walls, clothes, plants, and borders.

And as you keep reading, just like a Bollywood hit song featuring stars with their signature moves, the book presents a special ensemble of Partition writers (Krishna Sobti, Bhisham Sahni, Kushwant Singh, Manto, Ramanand Sagar) stationed at the Wagah border.

Ma, accompanied by Beti, makes the journey to Pakistan from India where they have their own share of adventure – during interrogation in Khyber, Ma holds up a handful of soil when asked about her home. How and why that journey to Pakistan takes place is for the reader to discover.

The first reference to Pakistan comes when the hunt is on to find Ma who suddenly disappears from the house. One Alam Sahib’s sister’s husband went off to Pakistan, we are informed, and did not return and the poor lady came to be known as Intezar Begum. In Geetanjali Shree’s conception of an Indian kitchen, Chyawanprash and Rooh Afza could co-exist along with Horlicks and Bournvita. For, when an Indian mother wants to take care of her child (in this case, her favourite son, no less), there are no impediments to her choice.

Special emphasis is placed to drive home that the book is written in the spirit that stories are like nomads (referring to Urdu writer Intizar Hussain), or Geetanjali Shree's own observation that a tale can be both complete or incomplete. At various stages, the book makes it clear that stories never end, mentioning painter Bhupen Khakkar who always left an empty space for the “story to move on”. Khakkar was based in Baroda (Vadodara), a city where Shree did her PhD in the 1980s, and is familiar with.

She introduces the character of a lady who retired from the customs department having houses all around the world (Hungary, French Alps, Canada, Bali, Denmark, Goa) and also, intriguingly, in the nondescript Godaud village in Gazipur (sic), in Ret Samadhi. The book is a work of fiction, but it is tantalising to wonder whether some characters have been sketched keeping in mind real people, for the similar-sounding Gondaur village in Ghazipur is Geetanjali Shree’s paternal home!

The plot is simple enough, but it is the unorthodox flow of storytelling and narration that does pose a challenge for readers. In that respect the International Booker award will help goad people to keep on moving till they start seeing what the author/translator want them to see.

I primarily read Daisy Rockwell’s English translation, though I started the first few pages from the original Hindi text. However, there were quite a few occasions when I found myself reaching for the Hindi text to savour it. One such occasion was when the culinary difference between Eastern and Western Uttar Pradesh is spelt out by contrasting Bade’s (Ma’s son who is a civil servant from Eastern UP) preference for bharhara, makuni, guramma, tikkar while his wife, Bahu, who’s from Western UP, would cook jhordoi, phajita, matha ghuinya. That’s where the urge came to check the Hindi prose and Rockwell’s translation came across as as satisfying as tasting these dishes.

Given Rockwell’s body of work it was understood that she won’t turn Ganga into Ganges, but due to the unusual way Geetanjali Shree has laid out the original text, the translation must have been highly challenging. By and large, Rockwell has managed to retain the rustic element that Shree has artistically infused and has tenderly attended to keep the translation true to the Hindi text. 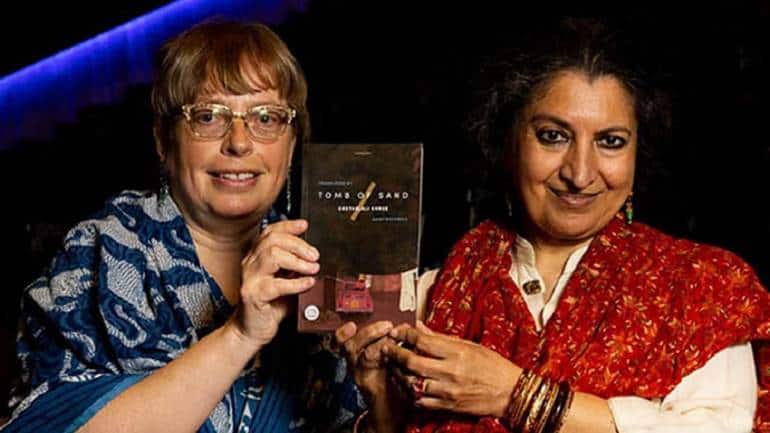 Some other gems that would stay with the readers are the description of the toilet getting blocked on the first day of Bahu’s entrance as the daughter-in-law due to a “home-made cotton pad wrapped in cloth and soaked in blood”. Similarly, Bahu’s youngest son’s (the overseas son) effort to laugh because he was dreadful of the fact that he couldn’t laugh reminded me of Harishankar Parsai’s Bimar na hone ka dukh, where the protagonist remains unsuccessful in falling sick despite trying various tricks.

The book also scores in highlighting the patronage network which oils the mini-industry of securing government jobs of all denominations. The Yadav ji making the baatis at Bade’s party is not there only by virtue of being a great cook (which he is) but because Bade got Yadav ji’s eldest son a government job. And such patronage linkages are multi-generational.

Bade’s father (Ma’s husband) was a district judge and Bade himself is a civil servant which provided the family an infinite opportunity to get helpers.

Hopefully much more will be written on the issues of patriarchy, family structure, migration, and North Indian society as the book gets more attention; and in all likelihood, a few years from now, Tomb of Sand will also make it into the Partition Studies module in universities.

The International Booker Prize is awarded every year to a translated work of fiction published in the UK or Ireland and is a franchisee of the more popular Booker Prize for English-language fiction. This recognition would go some way to open up new readership for the vibrant literature in South Asian languages, and also enhance the recognition for translators in India.