Key officials of NMC Group, the biggest healthcare company in the Middle East, maintain that UAE, and not England, is the proper forum for the fraud claim which has 19 million documents.

Dr B.R. Shetty is the founder of NMC Group, which has 200 clinics and hospitals in 19 countries.

In December 2020, the high court in London imposed a worldwide freezing order against Dr B.R. Shetty, the founder of NMC Group, and five other key officials on an application by Abu Dhabi Commercial Bank (ADCB), the group's biggest creditor. Sitting in private, Justice Simon Bryan had given the freezing order to prevent the possible dissipation of assets, among other reasons.

One year after the December 2, 2020, judgment, Dr B.R. Shetty and others are back in the UK court to strike out the $1 billion freezing order. They are also asking the court that the fraud claim hurled by the bank should be tried in the UAE and not England.

Also read: Who Is BR Shetty? Why Was He Stopped From Flying To UAE?

Dr Shetty thus joins Vijay Mallya and Pramod Mittal who are facing court proceedings by their creditors in London. Both Mallya and Mittal, incidentally, have been declared bankrupt by UK courts.

During the four-day virtual hearing which began on Monday (November 29, 2021) before His Honour Judge Mark Pelling, the counsels for Dr Shetty; famous UAE businessmen Khalifa al-Muhairi Butti (his wife Ameera al-Taweel was once married to Prince Al-Waleed Bin Talal Al Saud) and Saeed al-Qebaisi Butti, who were principal shareholders and directors in NMC; and Prasanth Manghat, former CEO and director, made their submissions which gave a glimpse into a wider, complex, extensive and multi-dimensional legal battle ahead.

ADCB, one of NMC’s biggest creditors, alleges that through fraudulent misrepresentations and conspiracy, it was induced to give $1 billion in six credit facilities.

Interestingly, Dr Shetty, who is stuck in India, is pursuing Bank of Baroda, Ernst and Young, Prasanth Manghat and his brother Promoth - who was also a senior executive in NMC Plc - in a New York court, are claiming that he himself is a victim of fraud. In court proceedings in the UK, Dr Shetty has taken a similar position that the guarantees that were given to ADCB in relation to him were forged.

Dr Shetty moved to the UAE from Karnataka in 1973. Here, he established NMC Group, which became one of the biggest healthcare providers in the region. NMC began from a humble clinic started by Dr Shetty, himself a former medical representative, and went on to being listed on the FTSE 100 Index.

But submissions before Judge Pelling were far removed from the laudatory remarks, and the chest-thumping pride that Indian immigrants in the UAE once felt towards Dr Shetty and NMC. Before we come back to the proceedings heard by Judge Pelling, it would be instructive to discuss in brief how a once much-revered group has now been reduced to facing allegations of epic-scale fraud.

The problems began in December 2019, when Muddy Waters, a US-based firm that has scripted the fall of several companies by exposing frauds and mismanagement, came out with a report on NMC Group. It ended its analysis noting: “We are unsure how deep the rot at NMC goes, but we do not believe that its insiders or financials can be trusted.”

NMC share prices tumbled. Picking up on the red flags and discrepancies highlighted by Muddy Waters, over the next few months, it emerged that the NMC Group had between $4.357 billion and $5.352 billion of undisclosed debt, much of which was allegedly pocketed by the principal shareholders and senior management.

In April 2020, NMC Plc. (which was incorporated in the UK in 2012) was placed in administration on the application of ADCB. Multiple cases had begun in several jurisdictions as befits a behemoth which had around 80 lenders and 200 hospitals/clinics spread over 19 countries. Dr Shetty also owned UAE Exchange, the forex and money transfer service whose presence has become a marker of relative prosperity in cities and towns in the hinterland. 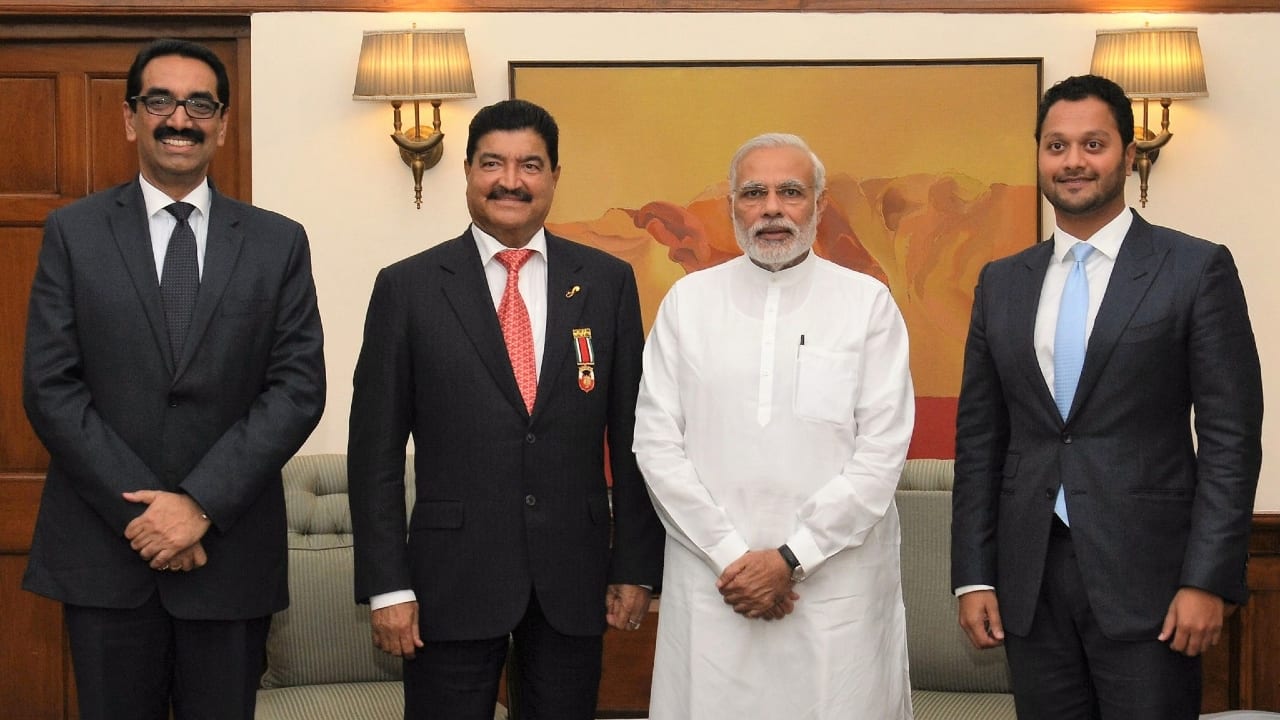 After listening to the extensive submissions by the counsels before Judge Pelling, it won’t be wrong to say that the NMC Group’s woes were not due to any inherent weakness or unviable business model but due to perpetration of fraud. Who are the individuals or group of individuals responsible for the fraud, and whether it can be decided in an English court lie at the heart of the proceedings.

Tim Penny, QC, and James Sheehan representing the two influential Emirati investors, who it seems are, like Dr Shetty, adopting the position of being a victim of fraud, told the court that the UAE is the proper forum for the case. Seeking to strike out the freezing order, Sheehan told the court on Tuesday that the “bank (ADCB) has acted oppressively” in putting forward long overbearing requests in relation to asset disclosures.

Adam Zellick, QC, who represented Mangath also asserted that the “idea that conspiracy was made in England has no evidence”, and also that his client has no assets in the UK. It also came out during his submission that the 19 million documents, which the administrators appointed to various companies related to NMC Group, are all in the UAE. “Every aspect of the case and the lending” happened in the UAE, said Zellick.

Dr Shetty, represented by Ruth den Besten, QC, denies any wrongdoing. The court heard from Besten that if there are failings, they are “regulatory failings” and that there is “no serious issue to be tried against Dr Shetty”.

In making all these points, reference was made to the long-drawn and bitter Essar-Mittal legal battle, wherein an English judge ruled that ArcelorMittal would not get the $1.5 billion freezing order it sought. Unlike ArcelorMittal, though, ADCB was successful in getting a freezing order against NMC’s principal shareholders and key executives.

Attention was also drawn that the case in English courts would cost “many, many times” more compared to the UAE court, making the latter cost-effective.

Adrian Beltrami, QC, representing ADCB made repeated references to the freezing order granted by Justice Simon Bryan. Describing NMC Plc as a company which was “rotten throughout by undisclosed debt” due to “falsification of its financial statement and concealment”, he told the court that each of the defendants coordinated to deceive ADCB in the knowledge that it would cause loss to the bank.

It is not difficult to see why Beltrami kept referring to the judgment by Justice Bryan. In the 24-page judgment, the judge agreed with the bank’s description of Dr Shetty as the “chief protagonist” in the dispute and that he was satisfied with the bank’s submission that Dr Shetty “could not have carried out the fraud without the knowledge and assistance of the other defendants”.

Beltrami told Judge Pelling that when NMC Plc was listed on the London Stock Exchange in 2012, Dr Shetty had said it was specifically done to expand the company to new high growth markets and because of London’s deep pool of capital and global profile. In 2017, it was included in the FTSE 100, and in 2018 its market capitalisation reached $10 billion.

The London listing, fundamental benefits of the English language, global reach of the alleged fraud, NMC board meetings in London, risk of dissipation of assets, and breach of English fiduciary duty were some of the issues cited by Beltrami to support the commencement of a trial in an English court and the continuation of the freezing order.

“Not much has changed since the matter was before Justice Bryan, we submit his judgment is helpful,” Beltrami told Judge Pelling. But the hearing before Justice Bryan was in private in the “interest of justice” to avoid the risk of alleged fraudsters being “tipped off”. The opposing lawyers did not fail to point out that the findings in Justice Bryan’s ruling were based on evidence that they had not seen, and hence the parties should be discharged from the freezing order.

Judge Pelling, however, has the benefit of listening to all the parties, and will deliver judgment in the New Year. That judgment will lay the grounds for continuing legal proceedings to dissect and come to the heart of the high-profile collapse of a once FTSE 100 company.
Danish Khan is a London-based independent journalist and author of 'Escaped: True Stories of Indian fugitives in London'. He is researching Indian capitalism at University of Oxford.
Tags: #Abu Dhabi Commercial Bank #BR Shetty #BR Shetty fraud case #Business fraud #Muddy Waters #NMC Group fraud case #World business
first published: Dec 5, 2021 02:35 pm