Only a fraction of cinematographers in Mumbai’s film industry are women – how does the skewed ratio play out in their career growth?

One would think making films is a matter of skill, talent and aptitude, and not one’s gender. But when one’s gender dictates opportunity, it is perhaps no surprise that women are still a minority in a creative industry like filmmaking. Only five to seven women make to the list of the top 100 cinematographers in India working in the commercial cinema space, doing big-budget or advertising films. Yet, for the young and old women behind the scenes of the thousands of films made in Mumbai every year, there is a ray of hope.

A cinematographer, or director of photography (DOP), makes each frame of a film come to life. This person is the crew chief who heads the camera and light crews on a film or video production, and works closely with the director to create what we see on-screen. The work is demanding, physically and otherwise, but also creatively fulfilling, which is why women are drawn to it even if the industry has not been very welcoming so far.

“Every day, I look forward to my work, even if it’s challenging to get,” says Mumbai-based Priyanka Singh, 35, who has been working behind the camera since 2011. Driving all her life decisions around her career, she is clearly in love with their work and has several documentaries and short films to her credit. Yet, she awaits that one big commercial project to move up the ladder.

With the influx of various digital platforms, the availability of work in the industry has increased several-fold. “There is enough work for all of us. But it’s about persistence and finding the right people,” says Nusrat Jafri Roy, 39, who been in the industry since 2005, and was DOP for Kuchh Bheege Alfaaz by Onir, and the Amazon Prime series, Chacha Vidhayak Hain Humare.

According to some counts, there are about 2000-odd DOPs in the country of which only about 80 are women. Not many in the industry even know that they exist! This was reason enough for a collective to be formed in 2015, the Indian Women Cinematographers Collective (IWCC), which has helped these women build comradeship.

Pooja Gupte, 35, who has been in the industry since 2009 and looks after the IWCC website, is of the opinion that a lot of hard work is still required to create opportunities for women. One of the ways the cinematographers do so is ensuring that they include other women in their teams. “In my last project, I made sure we were all girls on the three cameras that we were operating,” she says.

It’s not just India, women cinematographers the world over are coming together and helping each other with work and techniques. “There is a sister code that’s developing,” says Pooja, who has just got back from the 16th Indian Film Festival in Stuttgart Germany, where she was the only woman DOP from India.

With more than 1,600 commercial films released in India every year, the Indian film industry beats even Hollywood in terms of the number of films produced. It is expected to grow by 40 percent by 2024. But most of the women DOPs in the industry are being left out of this growth spurt.

“If the project is commercially viable, then it is talked about and there is visibility. The men we work with do recommend us, be it DOPs or the directors,” says Pooja, “but as long as we only work on private films, which have a very niche audience, widespread recognition will continue to elude us.”

The industry is shy of giving commanding roles to women, and there appears to be a mindset problem at play. No wonder only a handful of women DOPs are known in the commercial film circuit. The rest bide their time while shooting documentaries, short films and digital series, waiting for the “one step-up project” that they need, as Nusrat puts it. “Women helping women also have a long way to go. Not many women directors go out of their way to hire a woman DOP. They also might not know that there are so many of us around!” 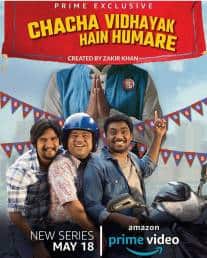 Priyanka adds, “Out of 10, only two producers or production houses take women seriously. Our names have to pop up in conversations for the industry to know about us.”

The situation is no better outside India. In the US, of the 250 top-grossing films of 2018, only 4 percent had a woman cinematographer. Last year, for the first time in the Academy Awards’ 90-year history, a woman was nominated for cinematography. Rachel Morrison got the nod for her work as DOP for the movie Mudbound. Though she didn’t win, the nomination itself was historic.

Back in India, these girls from small towns without any godfather in the film industry watch the Oscars news with hope. Against all odds, they are doggedly optimistic about change. 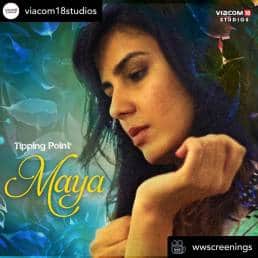 These organisations are standing up for women in the film industry:

IWCC is a Mumbai-based forum by and for craftswomen and technicians of the film industry, including non-cis male technicians and workers. The collective is designed to promote talent and create opportunities in the film industry, and is a space for contemporaries to showcase their diverse body of work. With dozens of women members, the collective hopes to “inspire girls and those breaking out of the gender binary to consider roles behind the camera as viable professions.”

A newly launched startup in the media and entertainment space, Hip Hip HERray Studios is India’s first digital content studio dedicated to women-only web series and filmmakers. With the backing of prominent names from the industry, it plans to collaborate with women from diverse regions of India, leveraging their storytelling strength. With its own earmarked budget, the new-age boutique will produce short and long form episodic series and films, creatively helmed by women storytellers.

Women in Cinema Collective (WCC), an organisation for women working in the Indian cinema industry, was formed in 2017 after a popular actress was waylaid and raped in a car at the behest of powerful Malayalam actor Dileep. Led by prominent female film personalities, WCC submitted a petition to the state chief minister for action on the sexual assault, which led to his eventual arrest.

WCC also protested against the decision of the film industry’s leading body to reinstate the actor Dileep when the case was still in court. They held a year-long awareness drive on workplace exploitation and gender discrimination. The group is now campaigning for equal pay and welfare schemes for women in the industry.