2021 Maruti Suzuki Swift review: Should you buy it?

The newest version of the Swift ticks all the boxes– fuel efficiency, handling, ease of use, practicality and more—making it a compelling option for car-buyers.

A part of what has made the 2021 Maruti Suzuki Swift such an enjoyable car has been the delightful engines it has come with.

The 2021 Maruti Suzuki Swift has a special place in the hearts of many Indian car buyers – well over 20 lakh of them, as a matter of fact. Ever since it was launched in 2005, it has become an absolute monster of a best seller for Maruti Suzuki; I know people who have bought successive generations of Swifts and nothing else, over the past 15 years. The car has won three Indian Car of The Year awards, one for each of its generations, and it’s not difficult to understand why.

The car ticks so many boxes for so many different kinds of buyers that it can be described as the consummate hatchback; families love it as much as young college students and enthusiastic drivers do. It offers good looks, fun handling, excellent engines, decent interiors and the many advantages of Maruti Suzuki’s vast sales and service network, so it’s not surprising that it’s been a hot seller for so long. The newest version of the Swift – a facelifted one, not a brand new one – thus has the excellent track record of its predecessors to build on. 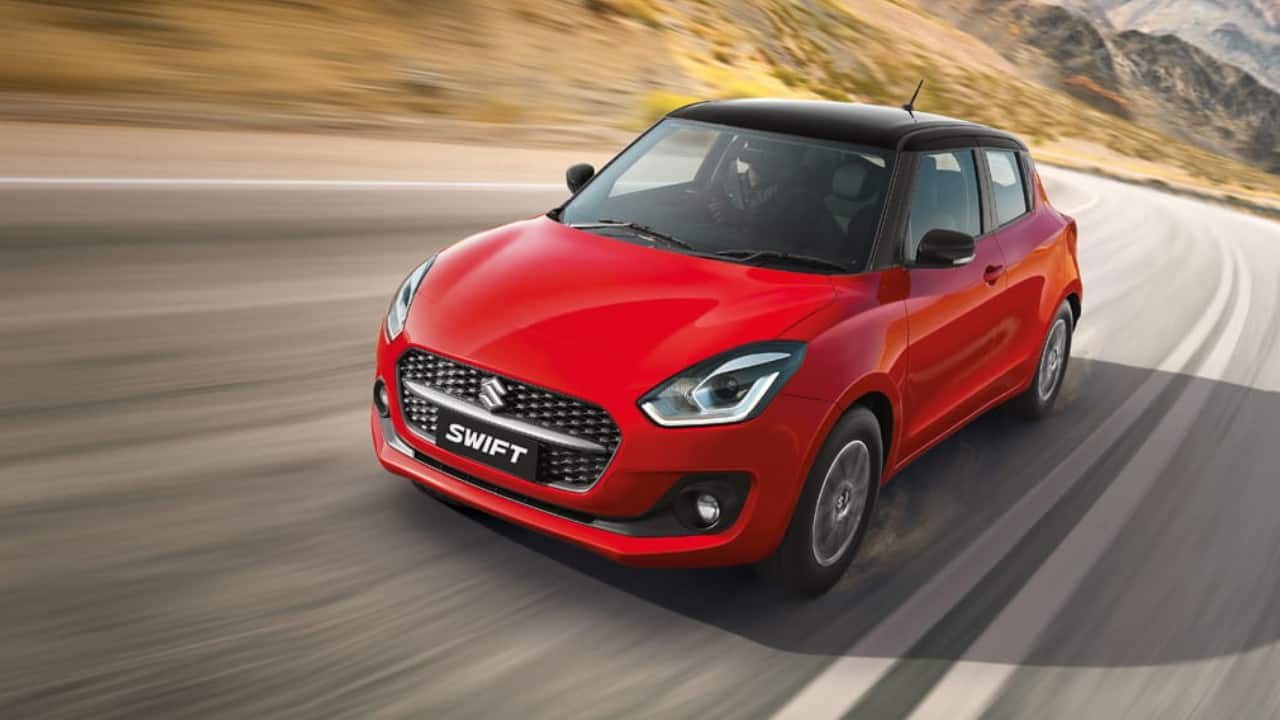 If you were expecting a radical change in the car’s design, you will be disappointed, since facelifts are about little nips and tucks rather than wholesale changes. One thing is for sure, though – the Swift is still a great looking car, and I daresay that the new external bits do add to its appeal. The grille is the only real change, with a tasteful chrome strip across its centre and a hexagonal mesh pattern rather than slats.

The top end variants get very nice fog lamps as well, and you can now choose two-tone colour options – red with a black roof, white with a black roof and blue with a white roof. I think that the Swift looks best in red, although the dark blue shade is also very fetching. I’d personally stay away from the two-tone shades; I think they’re a bit of a distraction more than anything else. The rest of the car looks the same, which is not a bad thing at all. The cabin isn’t noticeably different, either. The Swift has never had an especially plush interior, and this edition doesn’t either. Mind you, this is not to say that it’s lacking in comfort or features. You now get a SmartPlay Studio infotainment system, and a colour screen between the instrument dials that displays a variety of info; the dials are very sporty and easy to read.

Top models also get cruise control, whereas the mid-level ones get a new 2-DIN audio system. There’s a smattering of new upholstery, and the seats are reasonably comfortable, with adequate back and thigh support.

Rear seat passengers have a decent amount of leg and head room, but the view outside is hindered a bit by the rear door handles, which are ‘hidden’ mounted on the C-pillar. I find this feature to be a bit gimmicky, to be honest, and would have much preferred the handles in their regular place. You still don’t get any connected technology, and nor do you get things like wireless phone charging and a sunroof, but all told, this is a perfectly acceptable cabin for the most part. For 2021 Maruti Suzuki Swift, rear seat passengers have a decent amount of leg and head room.

Part of what has made the Swift such an enjoyable car has been the delightful engines it has come with, and this model continues that tradition. It’s still a naturally aspirated, 1.2-litre petrol unit (it’s called the DualJet) but it now comes with two injectors per cylinder. What that has resulted in is a bit more power, better refinement and a claimed increase in fuel efficiency to 23 kpl, and to aid this is the new engine idle start/stop feature. When you start the car up, there are barely any vibrations, and you almost don’t notice it if it’s idling nearby.

When you start the car up, there are barely any vibrations, and you almost don’t notice it if it’s idling nearby. The bump in power – it now makes 90 bhp – is apparent when you get moving, especially at slow, city speeds, where you don’t have to rev the engine too hard to make progress.

Responsiveness is impressive, and a touch on the accelerator is enough to get you going; keep the pedal pinned to the floor and the Swift will joyfully rev all the way to its red line in a linear manner, making a sporty noise while at it. It’s not quite as sharp-edged as the newer turbocharged petrol engines in its rivals, but it’s still a great deal of fun, nevertheless; I would certainly not hesitate to recommend it. The 5-speed manual gearbox is definitely more fun than the AMT, although the automatic does take some of the stress out of daily driving.

The newest version of the Swift has the excellent track record of its predecessors to build on.

In terms of its ride and handling characteristics, not much has changed. The Swift retains its light-footed nature, which makes it a delight to throw around corners at speed; it’s not quite a go kart in its sharpness, but it doesn’t fail to make you grin.

At city speeds, it’s completely effortless to drive it, with its light steering wheel (it would have been nice for the steering to weigh up more at higher speeds, but you can’t have everything, I suppose). The ride quality on offer is a little stiff, especially at low speeds, but it’s not back-breaking.

All things considered, the 2021 Swift (available only with a petrol engine, by the way) should very much be among your top picks if you’re looking for a fun, reliable and good looking hatchback. All the boxes it ticks – fuel efficiency, handling, ease of use, practicality and more – make it a compelling option, even if it’s a little short on the features list compared to its rivals, and also more expensive than the outgoing model, but not by much – about Rs 15,000 to 25,000 more.
Rana Chaudhury is a writer passionate about automobiles.
Tags: #2021 Maruti Suzuki Swift #Auto
first published: Mar 23, 2021 12:41 pm