Upcoming Webinar:Watch a panel of experts discuss: Challenges of continuously evolving regulation for Cryptocurrency, on 7th July at 3pm. Register Now
you are here: HomeNewsreal estate

While draft proposals have been widely welcomed, their implementation will be so simple. The act will not be binding on the states, as land and urban development remain state subjects.

The rental market in India has long been fragmented and underdeveloped, invariably creating pressure on the real estate market. The leasing and renting of residential properties still falls under the purview of the Rent Control Act, with each state having its own version. In the absence of proper legislation, tenant-landlord conflicts are quite common, leading to lengthy litigation.

The Model Tenancy Act, 2020 aims to bridge the trust deficit between tenants and landlords by clearly delineating their obligations. To ensure speedy redressal of disputes, it also proposes to establish rent court and tribunal.

The creation of rental housing stock will help students, working professionals and the migrant population (especially in COVID-19-like exigencies) to find accommodation. Once implemented, it will benefit one and all.

Why India needs a rent law 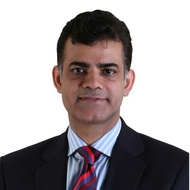 Anuj Puri
Chairman|ANAROCK Property Consultants
While there is an acute housing shortage in India, the vacancy levels of homes are riseing. According to the National Census, vacant houses accounted for around 12 percent of the urban housing stock. These vacant homes can feed the rental market but various factors come in the way. These include:

Acknowledging the plight and mass exodus of countless workers from cities during the lockdown, finance minister Nirmala Sitharaman unveiled a new scheme for the urban poor under the PMAY—Affordable Rental Housing Complexes (ARHC).

Under the scheme, the government-funded housing in cities is being converted into ARHC via the public-private partnership (PPP) model and government housing complexes lying vacant will be converted and rented out to migrants at concessional rates.

To begin with, the government plans to use around one lakh unused units built under the JNNURM and the Rajiv Awas Yojana (RAY)—the previous government’s urban upgrade and housing programmes)—to provide rental housing. The monthly rentals ARHCs homes are likely to be fixed between Rs 1,000 and Rs 3,000.

Besides addressing the woes of urban migrants)—a person or group of people/ families of EWS/ LIG categories)—it will also aid in fulfilling the government’s ambitious initiative of Housing for All by 2022.

ARHC will be implemented through two models:

Individual or groups may book their requirement via government website (i.e. www.arhc.mohua.gov.in). Concessionaire or an entity may also tie-up with other organisations and also get migrant labours or urban poor through aggregators. The scheme is an attempt to bridge the shortfall in dwelling units across the country. It will also add another asset class to be considered by developers.

The government has proposed guidelines that enforce rental contracts and protect the rights of landlords as well as tenants. Some of the notable features of the draft Model Tenancy Act, 2020, are:

Not without hitches but the right step

While proposals of the act have been widely welcomed, their implementation could be a challenge. The act will not be binding on the states, as land and urban development are state subjects. It is still a matter of choice for states and Union Territories to repeal or amend their existing acts. Like in the case with RERA, the fear is that states may choose not to follow guidelines, diluting the essence of the Model Act.

Despite these challenges, the draft tenancy act must be lauded and is a step in the right direction. It provides a clear roadmap for states to follow and tweak according to local conditions and market.

It remains to be seen to what extent the states will toe the Centre's line. A fair and balanced tenancy law protecting the rights of all parties will go a long way in formalising and stabilising the rental market. If enforced by states in letter and spirit, it could revive the fortunes of not just the rental market but the housing sector at large.
(Anuj Puri is Chairman, ANAROCK Property Consultants)
Anuj Puri
Tags: #Affordable Rental Housing Complexes #Covid-19 #Housing #migrants #Model Tenancy Act #Real Estate
first published: Nov 26, 2020 01:43 pm