Financial repression is making a comeback

Ever since the 2008 crisis, we are seeing comeback of old ideas and thoughts. Pre-2008, the central banks mainly focused on price stability. Post-crisis the older issues of financial stability and unemployment have become a concern and added as mandates in few of the central banks. Likewise, out of fashion Keynesian economics has made a comeback after the crisis. We have also seen comeback of another yesteryear policy of financial repression, but it’s not discussed as much.

The FR policies were first highlighted to argue about the financial sector in South Korea. However, a recent Richmond Fed article by John Mullin points how after World War II, much of the advanced world and Europe in particular was reconstructed using a combination of FR policies. While the western world developed following repression policies, much of the developing world did not really have similar experiences with repression policies.

As a result, in the 1980s and ’90s, the developing world changed their strategy to financial liberalisation where financial sector reforms led to removal of controls and lifting of restrictions. This approach also led to similar outcomes as South East Asian and Latin American economies faced deep financial crisis. This led to heightened debates among economists on merits and demerits of financial liberalisation. The debates sided mostly with those favouring liberalisation as the crisis was limited to developing countries which did not have proper institutional framework. The research pointed that economies need to pursue a host of institutional reforms along with financial sector reforms and sequence the reforms for better outcomes.

Post-2008, this thinking again turned on its head. After all, the centre of global financial crisis was the United States financial system, which mostly served as a benchmark for financial liberalisation and institutional development. Yet the economy faced a deep financial crisis. The crisis also quickly moved across the Atlantic to the United Kingdom and Europe due to interconnected financial markets. The higher debt levels usually lead to higher bond yields. However, what we have seen so far has been the opposite. The yields in advanced economies have only trended lower since the 2008 crisis. 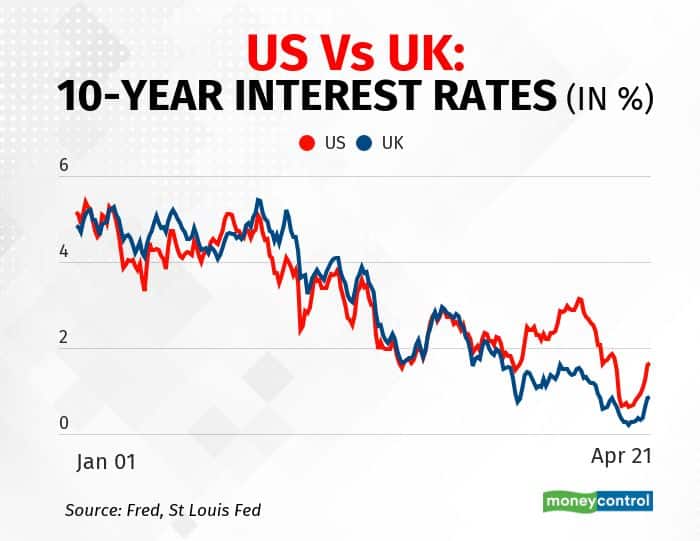 How has this been possible? The answer is financial repression. In the earlier form of FR, the banks were the centrepiece of the financial system. This led to policies such as regulating interest rates and bank credit. In today’s times, bond markets have assumed as much importance as banks and what was needed was a policy to suppress the bond yields.

The central banks achieved this suppression by flooding the markets with massive liquidity. Some central banks such as the Federal Reserve even announced policies such as Operation Twist to lower long term yields. The central banks of Japan and Australia explicitly announced targets to keep 10-year yields at lower levels. The lower yields have in turn helped governments manage their ballooning debt levels.

These equations have changed after the 2020 pandemic where debt levels rose even more sharply. The debt levels in 2020-25 for advanced economies are expected to average around 120 percent and for developing economies around 66 percent. During the pandemic, the yields in the US and the UK hit a low of 0.6 percent and 0.2 percent respectively in July, but have risen to 1.64 percent and 0.85 percent levels recently which has raised alarms.

Can FR help salvage the situation again? So far advanced economies have managed to get away with FR due to demand for their bonds. The crisis has led to a rush for government securities for both collateral and safety purposes. It has to be seen whether this demand can continue going ahead.

However, the road is trickier for developing economies where demand for bonds is limited to the domestic market which are also not as deep as in the case of developed economies. Take the case of India. The Reserve Bank of India like its western counterparts has been trying to keep the yields low using similar financial repression policies. For instance, it has been well known that the RBI has been trying to peg 10-year bond yields at 6 percent. But this has posed several difficulties for the central bank.

As and when markets have bid for yields higher than 6 percent, the RBI has cancelled G-Sec auctions and devolved auctions on primary dealers to thwart these attempts. As a result, the bond auctions every Friday have become a game of cat and mouse between the central bank and the bond markets.

To sum up, it is interesting how financial repression has made a comeback against all odds. While the FR policies are being conducted differently compared to their earlier avatars, the broad idea is the same. The modern day central banks will obviously disagree that their policies resemble the discarded FR policies but the evidence is all there to see. To paraphrase William Shakespeare: Financial Repression by any other name will sound as sweet.