In between, when the search for the next chief executive took a while, Wadia would don the dual role of a MD and a CEO. And this happened more than once, as many of the chief executives took the exit door in unceremonious circumstances.

That is why when GoAir announced on March 22, that Wadia will step down as the Managing Director, the move was greeted with surprise in the industry. "After all, Wadia was known to be a very involved promoter, with an eye on every micro detail," said a senior industry executive, with stints in private airlines, on conditions of anonymity.

This is the reason, the airline gave for the move:

"With the goal of taking GoAir to its next phase of growth, the promoters of the company and its Board came together to formulate a long-term plan. Amongst other initiatives, a key element of this plan, forged over weeks of discussions and consultation, was to further strengthen the management of the company by bringing on-board proven industry professionals..."

The 'next phase of growth' and 'long-term plan' is very much connected to the second executive movement that the announcement included. Ben Baldanza, the former CEO of Spirit Airlines,  will be the Vice Chairman of GoAir. The industry veteran has been advising the board and management of the Indian airline since 2018.

"His experience in creating the first ULCC in US, turning it profitable and successfully leading its IPO are of great value, as GoAir embarks on the next phase of its growth journey”.

There are two things. Creating India's first ultra low-cost carrier, and an initial public offering, something that has been on the drawing board for over two years now.

"The owners ambitions are to create an airline that is India’s first ultra low cost airline and based in the principles of Spirit Airlines. Ben’s leadership and experience is required to manage the board and guide the leadership team to achieve this ambition," said an aviation expert who didn't want to be named.

The brash, headline making aviation veteran led Spirit Airlines for more than a decade during which it beat Southwest Airlines, the low-cost biggie.  The airline, despite charging even for boarding passes, was loved by customers because of its low fares. Baldanza once featured in ad that had him lying in the overhead bin, showing that even that space was being monetised.

In India, ultra-low cost is a model that no airline has ventured into. But as carriers continue to un-bundle services, like the recent move on check-in baggage,  the model could provide GoAir a fighting chance to remain in reckoning. The airline's market share has shrunk to 7.8 percent at the end of February 2021, from 11 percent in mid-2019.

"Ben comes with international exposure which will leverage the airline with support on strengthening its international operations, this includes the international routes it has acquired from Jet Airways too," says Ram Shankar, Managing Partner, Caladrius Aero Consulting LLP.

So has Wadia stepped out of an executive role so that Baldanza could play a more active one? The company said as much in its comment: "Mr. Baldanza, as Vice-Chairman, will now work directly with the management team, comprising of Mr. Kaushik Khona – CEO and Pankaj Chaturvedi – CFO, in the next growth phase of GoAir into making it India’s first ULCC."

That would be ideal. But not everyone in the industry is in a hurry to form an opinion. "We have heard this before....of Jeh taking a backseat," is how an industry executive, who earlier worked in GoAir, quipped.

For the IPO-bound GoAir though, it is an important message to lenders and prospective investors. 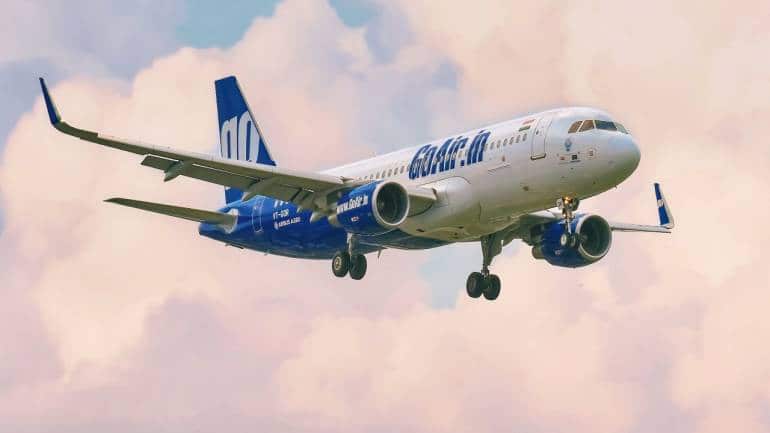 The line of separation

"This is one first, and, small step," says Shriram Subramanian of InGovern Research, a proxy advisory and corporate governance firm. "But investors will look deep into Related Party Transactions," he adds.

The Wadias, as GoAir did in the March 22 statement, will point to the arrangement in Britannia Industries, the enduring success story from the family's varied businesses. The three Wadias, Nusli, Ness and Jeh, sit on the board of the company, which is run by Managing Director Varun Berry.

Berry has been on the seat for seven years, signalling that the management structure - with a line of separation with ownership - has worked well for the food and beverage company.

"The suggested change in leadership is now to take the airline through IPO, which is a speciality in its own. This will certainly help the airline raising funds to support operational cost," says Ram Shankar of Caladrius Aero Consulting.

Agrees one of the senior executives quoted earlier in the story. "The management structure change will help convince the banks," he says.

The airline has been on a spot of bother. By the time Khona joined the airline in 2020, after the abrupt exit of his predecessor Vinay Dube, GoAir was running out of cash. India Ratings downgraded GoAir, which had posted a loss of Rs 1,346 crore in FY20, against a profit of Rs 123 crore a year earlier. More worryingly, its unencumbered cash and bank balances had halved, from Rs 140 crore in March, to Rs 72 crore as on June 30.

Not surprisingly, the airline had applied for a debt restructuring and later received a Rs 800-crore credit line from banks. While the restructuring is now not needed, the need for capital continues. And that is where the timing of the IPO is important.

Multiple reports say the Wadias want to raise about Rs 4,000 crore by divesting up to 30 percent of their stake.  It will be interesting to watch what more the Wadias do to convince investors to invest in GoAir, and give the airline the valuation they seek.