Upcoming Webinar:Join our experts for discussion on ‘Re-inventing Finance: with Process, People & Technology’.
you are here: HomeNewsBusinessStocks

Stock Picks of the Day: Top 3 buy or sell trading ideas that could fetch up to 11% return

After a staggering bullish candlestick pattern on its daily price chart on Thursday, the Nifty index formed a longer shadow pattern on weekly price chart indicating a positive trend over the immediate resistance of 10,818 levels.

Indian equity market witnessed a marginal breather towards the weekend trade after registering a swift gain for two consecutive sessions after the Reserve Bank of India’s rate policy.

In the week gone by over a 25 bps rate hike, market relatively reacted on a positive note over neutral stances by MPC members. The Nifty50 index crossed a 10,800 mark after a long halt on Thursday although it failed to hold above this levels to close at 10,768 levels.

On Friday's trade, the index came under selling pressure as it slipped towards a low of 10,709 zones over a weakness in commodity segment.

However, the index managed to recoup losses at the last hour of trade before ending the week on a flat note at 10,767.65 levels with about 0.67 percent gain on the weekly basis. 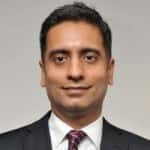 After a staggering bullish candlestick pattern on its daily price chart on Thursday, the Nifty index formed a longer shadow pattern on weekly price chart indicating a positive trend over the immediate resistance of 10,818 levels.

Although the weekly RSI indicated no major divergence, it inched upward at 60, and similarly, MACD continued to indicate a positive trend.

The positive sentiment prevailing in the market over a monetary policy, monsoon and strong domestic inflow, the index is likely to continue on an upward trend in the extended period.

However, the upcoming global events over US Fed & ECB policy coupled with the summit in Singapore is excepted draw some action in the domestic market.

We advise continuing with stock-specific action with a cautious approach at a higher level. We maintain a rangebound trade on the weekly basis with 10,860 levels on the upside and 10,680 levels on the downside.

Here is a list of top 3 stocks which could give 5-11% return in the short term:

Prakash Industries witnessed a sharp correction from a second higher top placed at Rs 218 levels in the last few sessions and slipped at Rs 158 zones which remained a crucial level for scrip.

Gradually, from this level, it witnessed a strong pullback indicating an end of the consolidation phase and decisively managed to close above its 200-day EMA of Rs 169 levels.

The scrip also witnessed a strong volume growth on the weekly basis over which it formed a solid bullish candlestick pattern indicating a strong reversal trend at the current level.

The weekly RSI trend registered an upward momentum although it remained at a neutral zone along with positive cue from MACD at the current level.

The scrip has a support at 152 levels and resistance level at 218. We have a BUY recommendation for Prakash Industries which is currently trading at Rs 176.65

PVR traded in a positive trajectory throughout the week after consolidating from Rs 1,400 zones towards Rs 1,270 levels. The scrip managed to pull back towards Rs 1,400 levels during a week gone by and managed to surpass above its 150-day EMA placed at Rs 1,360 levels on closing basis, indicating a positive momentum.

The scrip formed a strong bullish candlestick pattern on its weekly price chart indicating reversal momentum in its price which is further aided by volume buildup.

Further, a secondary momentum indicator witnessed a revival with weekly RSI level continuing in buying zone coupled with a positive cue on MACD.

The support level for scrip is currently placed at Rs 1,348 and resistance level at Rs 1,529. We have a buy recommendation for PVR Ltd which is currently trading at Rs 1,407.95

Infibeam witnessed a series of consolidation on its daily price chart despite attempting to sustain the downward swing and slipped from Rs 169 to Rs 148 levels on the weekly basis.

Further, it breached downward from the crucial moving average level of 20-50-day and witnessed a negative volume support over a false breakout.

The scrip formed a solid bearish candlestick pattern on its weekly price chart after breaching below important level indicating a sustained pressure.

The scrip is facing a resistance at Rs 173 levels and crucial support from 100-days EMA at Rs 139 levels. We have a sell recommendation for Infibeam which is currently trading at Rs. 151.20