172@29@17@145!~!172@29@0@53!~!|news|business|startup|comment-oyo-vs-zo-rooms-a-forced-marriage-is-never-a-happy-one-tiger-should-learn-2514945.html!~!news|moneycontrol|com!~!|controller|infinite_scroll_article.php!~!is_mobile=false
Watch experts decode 'The rise of ESG investing' on October 29 at 4pm. Register Now!
you are here: HomeNewsBusinessStartup

Comment: Oyo vs Zo Rooms: A forced marriage is never a happy one, Tiger should learn

....And there are some things (like trust) that money can’t buy, for everything else, there is Masayoshi Son...

It was an office in Delhi’s dusty Okhla industrial area with walls painted in graffiti and a few employees dozing off in the nap room.

It was in 2015 that I visited the Zo Rooms office. I was called by their spokesperson after a story I filed based upon court documents where Oyo had sued Zostel for theft of its copyright software.

There was considerable angst amongst the Zo Rooms founders against Oyo Rooms. And the worst did happen to post the court case in the weeks that followed. Apparently, as a result of the court’s stay order, a term-sheet was withdrawn by one of the key investors, the company was in talks with.

Apparently, an investor had asked that VC to back off from the deal, and the VC did. Relationships and co-investments count a lot in the VC world since it’s an ecosystem of mutual existence. 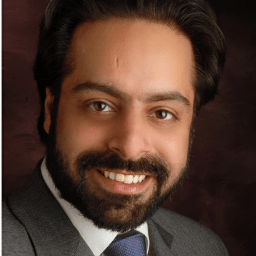 I sensed something was amiss between the founders of the two companies. When I met Oyo’s co-founder and CEO Ritesh Agarwal, he also housed a similar grudge against the Zo management, of copyright theft of Oyo’s software.

Zo Rooms which was started in 2014 by a bunch of ex-IIMC and ex-DCE alumni was rapidly emerging as a threat to Oyo’s dominance in the Budget hotel rooms market of India.

The six co-founders apparently lived together in a Delhi home, having left their comfy corporate jobs. Till 2015, Zo Rooms had raised close to USD 46 million from investors Orios Venture Partners and Tiger Global Management.

But Oyo was emerging as a different giant altogether. A few months after the court order in 2015, Oyo got its biggest investor Softbank. By end of 2015, Oyo had raised close to USD 127 million. Zo Rooms was still struggling to close another round.

Oyo started hiring people from ivy league colleges and strengthening its team. The college dropout Agarwal, now 25, was clearly being underestimated by the experienced IIM-DCE alumni.

On the other hand, Tiger Global’s bullishness on India investments had started waning.

Then came the final salvo from Softbank in an early 2016 filing which said that Oyo was in final talks to complete the acquisition of Zo.

Clearly, it was premature on part of Softbank to publish or announce a deal which was not even closed, despite knowing the ground realities of issues between the management of two companies.

On repeated occasions over the next two years, Aggarwal whenever I met him, would speak on everything but remain non-committal on the Zo deal.

Clearly, the interest of the Oyo Board had started declining in Zo Rooms which had huge liabilities at the time.

Oyo issued a statement this week finally clarifying its position.

“OYO ultimately saw little value in Zostel's business and there was a significant loss of trust owing to issues mentioned in our previous statement. In any event, while they claim that they have always been willing to do the deal but they shut down the app and website giving neither us nor their customers or owners any prior notice thereby making it impossible for Zostel to ever effect any customer migration leave alone a smooth business transfer which was key to the deal discussion,” Oyo said in a statement.

Zostel founders were however seemed keen on the deal and even took a legal route to enforce it, even when the groom was not interested in the bride. Seeing the deal fall off the cliff, Zo Rooms issued this statement last October.

“OYO is resiling from the contractual terms after acquiring the entire ZO Rooms business by March 2016. This is not an act in good faith and Zo takes a very serious view of the matter and will take all steps to protect its interests and enforce its rights," a Zo Rooms spokesperson said in a statement.

On the other hand, the other party was clearly not in any mood to tie the knot and part with an alimony, which was estimated to be about 6%-8% in Oyo’s shares. Started in 2013, Oyo has so far raised over USD 448 million with its last round in 2017 of USD 250 million from Softbank.

Lessons for VCs from the fallout: What many institutional investors fail to understand is that it’s not always money that counts in a successful merger.

Forced marriages at gunpoint don’t work in the startup ecosystem, even though an investor may have the requisite arm twisting stakeholding to make that happen.

Oyo-Zostel and Snapdeal-Flipkart - two failed mergers are a case in point.

While in Snapdeal-Flipkart’s case, too many relatives spoiled the marriage party, even as Flipkart was unwilling to tie a simple knot. The knot had many clauses attached to it which all of the shareholders of Snapdeal were unwilling to accept. The marriage was called off, and there was no love lost, as there was no love (synergy) to start with - between both parties.

In Oyo-Zo Rooms case, Tiger Global could have let its portfolio company co-exist with follow-on rounds. There is clearly room available for a formidable competition to Oyo Rooms, with others such as Treebo and FabHotels, not even distantly close to its inventory size.

An option to let Zo Rooms exist as a single entity than force it into a marriage which would result in an immediate divorce clearly has had its consequences.

It’s high time that Tiger Global should understand that in India or elsewhere there are some things (like trust and synergy) that money can’t buy. For everything else, there is Masayoshi Son...

(This is an opinion piece. Views are personal).