UPCOMING EVENT:Are you 45+? Planning for retirement? We have just the right webinar for you - Planning for Retirement with Life Insurance on 27-Jan, 3pm. Register now!
you are here: HomeNewsBusinessPersonal Finance

The markets have reacted to macroeconomic factors which are out of the reach of both the government and central banks, which makes it even tougher to control such situations

Transform Holdco is a privately held company formed on February 11 2019 . It is owned by Edward Lamperts ESL investments Hedge fund . It is also known as the “ New X “ as it was formed to acquire the shares of X a well known retailer . Identify X (Image: Moneycontrol)

The market tide has turned again. News channels are broadcasting ‘red’. Yes, the market is bleeding profusely and market experts are comparing the current market fall with the 2008 market crash.

But this fall is not restricted to India, it has gripped the entire world, especially emerging markets. In the last one month, the market has crashed more than 12 percent causing havoc in investors’ minds. This has led to extensive selling in the market questioning the patience of even the seasoned investor.

The markets have reacted to various factors, most of which are macroeconomic. These factors are out of the reach of both the government and central banks, which makes it even tougher to control such situations.

Some of the factors which led to the deterioration in the market: 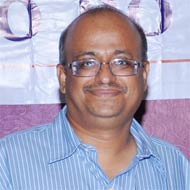 Crude Oil: The price of the crude oil increased substantially, inflating the import bill, which in turn, widened the trade deficit. The oil price surged by almost 53 percent in the last one year, reaching $85 per barrel in October 2018. India, till date, is very susceptible to the price of oil.

US Dollar: The increase in the dollar strength led to the depreciation of the rupee, putting more pressure on the trade balance. The rupee fell to its all-time low of 74 per dollar in the first week of October 2018. FII outflows are only adding fuel to the fire.

Inflation: Although inflation is well under the RBI’s comfort level, it has been surging steadily. With the current increase in the import bill, this will lead to a further increase in inflation numbers. To add to this, the Indian Meteorological Department (IMD) has stated that the rainfall was showing a 9 percent deficit till September 30. A deficient monsoon threatens to lead to inflationary pressures in the economy.

Interest rate: The 10-year bond yield breached the 8 percent mark in September 2018. This has not only made borrowing costly but has also dried liquidity in the market.

IL&FS rating downgrade: Rating agencies downgraded debt papers of IL&FS from AAA (investment grade) to D (default) in a short span creating a stir in the debt market. This downgrade in rating led to a meltdown in the NBFC sector.

Despite the market fall, one needs to note that microeconomic factors are improving steadily. This means that the fundamentals of the market are strong. There has been a steady increase in the production of cement, steel, capital goods and consumer durables. Only the power generation sector has been facing a problem and automobile production got a jolt during the last two months. So, sector-specific economic activities continue to be steady, it is only the macro factors that have dampened the situation.

Volatile markets create conditions that interfere with investor decisions. Increased market volatility leads to fear and anxiousness among investors specifically when the markets are in a free fall. Individual investors get caught up in emotions, particularly when losses start to mount. When markets move down, people worry that they have made a mistake or think that the markets will collapse and they will not get a positive return on their investment.

In such situations, most investors tend to become risk-averse. Anticipating a further fall in markets, most investors start panic selling. By doing so, they do more harm as they sell at a lower price and search for safe avenues which give them lower returns. For example, when an equity investor moves his investment to fixed deposits in such a market, he loses out on two things; one is that he sells his investment at a lower value and secondly, he invests in an instrument which gives lower returns over the long term.

What investors forget is that bull markets follow bear markets and bear markets will follow bull markets—markets go up and down, it is inevitable. The problem is not with the market but with our own expectations. Investors tend to think that whether bull market or bear market, it will go on forever.

Remember that back in 2008, the market fell more than 50 percent in a matter of a few months. But markets recovered losses and in fact gave positive returns by 2011. A dip in the markets gives investors a chance to add more at lower prices. The net asset value (NAV) of most large, mid and smallcap mutual fund schemes has come down to pre-demonetisation levels.

In the given environment, investors can also consider investing in debt oriented products like debt mutual fund. Given the fact that current yields are more than 8 percent, investors have a chance to invest their money and get higher returns.

In the short term, markets can be driven by investor sentiments but in the long term, stock prices are ultimately driven by fundamentals, like corporate earnings and not investor sentiment. This is why investors should not let occasional volatility derail their long-term investment plans.

The investment horizon for some equity and hybrid categories is as below. In case of debt funds, one should consider investing in accrual funds with a time horizon of three years.

Getting emotional in volatile markets can not only cause stress. It can also lead to very bad investment decisions. Patience is one of the most essential qualities and leads to successful investments in the long term.

The writer is a director at Ventura Securities.