Called the Arogya Sanjeevani health insurance plan, this basic policy will cover hospitalisation expenses of Rs 1-5 lakh for all those within the age group of 18-65 years, with a lifelong renewability option. Says Rakesh Jain, ED & CEO, Reliance General Insurance, “The standardised nature of the product makes its simple to understand and opt for, increasing awareness and penetration within customers who’re looking to buy affordable yet comprehensive health coverage.”

Bajaj Allianz, HDFC ERGO, ICICI Lombard and a few others have come up with their versions of the Arogya Sanjeevani. These premiums can be paid monthly, quarterly or yearly. Companies have also mentioned in their policy wordings that a risk-based loading – up to a maximum of 200 per cent of base premium – could be applied based on the health status.

Though the features of the Arogya Sanjeevani will remain the same across companies, insurers are free to decide their own premium. If policy features are the same, should you then go for the one with the lowest premium? No; here’s why. 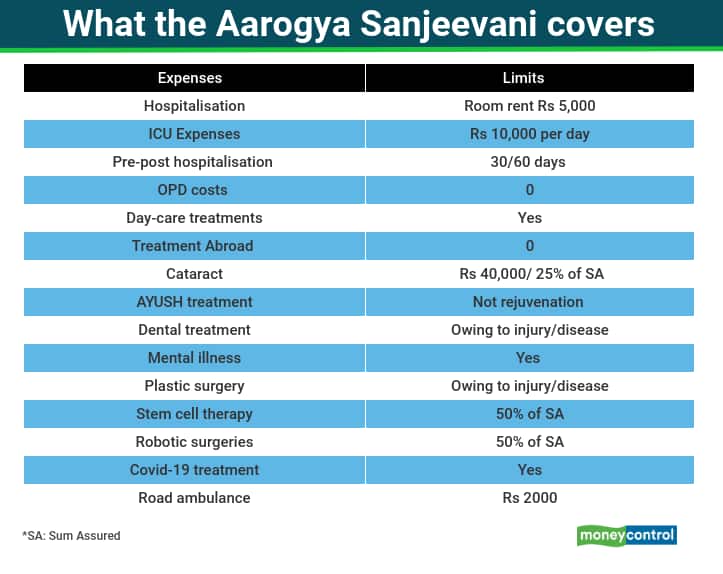 Tapan Singhel, MD & CEO of Bajaj Allianz General Insurance says that the quality of service would be a key differentiator among companies. The question is, how do you assess a company’s service standards before buying a policy?

Check the insurer’s network of hospitals. Are these at short distances from your residence?

Try and ascertain how the company handles claims. Ajay Sehgal, director at Allegiance Financial, suggests, “There are some insurance companies who are using in-house third party administrator (TPAs) instead of outsourcing the intermediary who manages the claims to get a better control of claims. One can consider an insurer who has an in-house intermediary.” 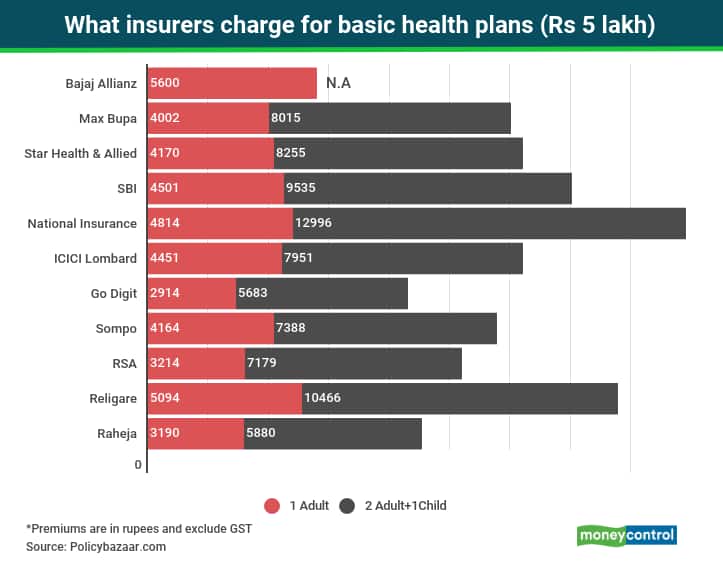 Understand that a 5 per cent co-payment is mandated in Arogya Sanjeevani plans. So, if you have a medical bill for Rs 2 lakh, you would have to bear an expense of Rs 10,000 (5 per cent) from your own pocket. This co-payment percentage is higher, at 10-50 per cent, in many other standard plans, but has been capped at 5 per cent for Arogya Sanjeevani. “Arogya Sanjeevani plan has some important features like co-payment and room rent capping too, which one should be well-aware of while buying the policy,” says Amit Chhabra, Head-health insurance at policybazaar.com.

If you foresee a need for maternity expense coverage in the future, then do not opt for this product as it wouldn’t be covered. However, there are different options available in the market for the same need among others.

Like most other health insurance policies, Arogya Sanjeevani too comes with a waiting period. For certain ailments, the claims can be made only 24 months after purchasing the health cover. For other ailments that the policy specifically lists out as pre-existing conditions, you can make claims only after 48 months of buying this cover.

Avoid hiding your medical history as it could hamper your claim settlement. “Policyholder in all cases, irrespective of these guidelines, should fill up the proposal forms and reveal the correct information as requested in the proposal form while proposing for the insurance. These are contracts based on utmost good faith and it is very important that the proposer declares all the pre-existing conditions, etc in the proposal form correctly along with other information,” says Deshpande.

Make sure your health declaration is fit and proper as no medical tests are required for those under 45. Due to the COVID-19 lockdown, medical tests too are being taken via tele medicals and video interviews.

Should you buy the Arogya Sanjeevani?

The basic premise of the Arogya Sanjeevani is to offer a standardised and basic health insurance plan across insurance companies so that it’s easy for potential policy holders to compare one against the other.

Of course, other existing health insurance plans aren’t bad. In fact, the existing health insurance plans offer far more features and benefits, but of course come with higher premiums. If you can afford a better health cover, stay away from the low-cost plans. “As these are low cost and nearly no profit products, we don’t know how long they will be sustainable. If the Arogya Sanjeevani product is offering a cover of Rs 5 lakh, with a premium of around Rs 7,000-8,000, then if you can afford a tad higher premium of Rs 13,000-14,000, you should opt for a standard comprehensive insurance health insurance cover that offers a better coverage,” suggests Sehgal.

Sub-limits would be applicable in the comprehensive cover too, though only for a few diseases. Most treatments would be completely covered by standard health insurance plans.
TAGS: #Health Insurance #insurance #premium
first published: May 27, 2020 09:25 am