172@29@17@140!~!172@29@0@53!~!|news|business|moneycontrol-research|this-retail-stock-trades-at-lofty-valuations-but-heres-why-you-should-take-a-look-3925041.html!~!news|moneycontrol|com!~!|controller|infinite_scroll_article.php!~!is_mobile=false
Subscribe to PRO at just Rs.33 per month. Use code SUPERPRO
you are here: HomeNewsBusinessMoneycontrol Research

This retail stock trades at lofty valuations, but here's why you should take a look

Shoppers Stop’s (SSL) margins showed some signs of improvement in spite of a subdued top-line performance in Q4 FY19. Network expansion, a change in product portfolio and measures to attract more store footfalls should work in favour of the company. Despite its optically expensive valuations, the stock is a good pick. 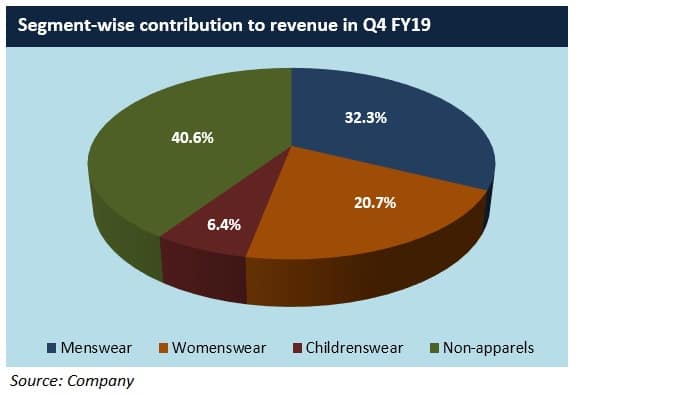 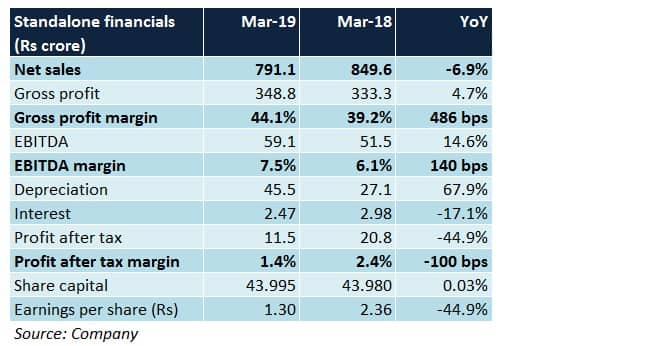 Network coverage expanding
In a bid to achieve sales growth of 10-15 percent in FY20, six-to-seven department stores (i.e. Shoppers Stop outlets) would be opened during the course of the year. Capex of Rs 50-60 crore will be allocated for this purpose. SSL also intends to augment its geographical reach from the current mark of 25,000 pin codes.Traction in the beauty segment
Branded beauty products fetch better margins than apparel and are less likely to witness seasonal buying (H2 tends to be better than H1). For the last few quarters, this segment is meaningfully contributing to the company’s revenue. In FY19, this segment made up for 15.3 percent of SSL's sales, growing by 8.6 percent YoY.

To be the market leader in this category, the management plans to add stores in 15 new locations over the next two financial years. SSL may also enter into tie-ups with more foreign brands.

Impetus towards private labels
SSL has five private label brands in its kitty across a range of price points. Contribution of these to yearly sales is expected to increase to 15-20 percent in the next two-to-three years from 10.9 percent in Q4 FY19. As of now, there are no plans to get into the value fashion space.

The management plans to achieve sourcing efficiencies to save costs. This could result in gross margin improving by at least 40-50 basis points in FY20. Simultaneously, product differentiation will be prioritised through introduction of better designs.

Going forward, since private label sales are expected to outstrip SSL’s top-line growth, an improving trajectory on this front may bolster the company's margins.

Online sales picking up
In FY19, SSL’s mobile app and website attracted over 71 million customers. Online sales (excluding Amazon) grew 44 percent YoY in FY19. Given the growing trend of convenience shopping in the country, Rs 25-30 crore would be invested in upgrading the company's technological infrastructure.

In Q4 FY19, owing to Foreign Direct Investment (FDI) regulations pertaining to e-commerce marketplaces, SSL’s products were delisted from Amazon's website. However, SSL will relist its products on amazon.in in Q1 FY20 through linkages with shoppersstop.com. Over time, SSL looks to scale up its engagements with Amazon and more strategic opportunities could be considered.

Experience enhancement on the agenda
SSL’s click-and-collect services, which are presently available in 50 Shoppers Stop stores pan-India, may be made available at new locations. To cater to online orders, the company may extend the ship-from-store facility in more stores compared to 38 stores as of FY19-end.

Emphasis is being laid on the personal shopping programme (constituting 13.6 percent of FY19 sales, grew 42 percent YoY) too. Besides undertaking store renovations, experience centres and kiosks would be set up at new outlets periodically.

These steps will be pivotal in increasing SSL’s ‘First Citizen Loyalty Programme’ base, which stood at over six million customers as on March 31. Sales from this segment comprised roughly 76 percent of the company’s top-line during FY19.

Change in product mix at Crossword stores
SSL’s Crossword outlets have had a hard time breaking even since its book retailing business has been slowing. As a result, its future strategy entails converting these stores into a children-centric concept where books, stationery items and toys are sold. In India, e-commerce hasn’t made a big dent in this category so far.OutlookIn addition to the above-mentioned moats, a substantial reduction in long-term borrowings should aid bottom line margin accretion. Reorientation of business practices with Amazon, boosting same-store sales growth and curtailing dip in customer footfalls would be key areas to watch out for.

The stock, valued at 26.2 times its FY21 projected earnings, has been trading sideways since the last seven months. Though its valuation is fairly elevated, a major downside is unlikely from current levels. Therefore, investors may take advantage of the time correction. 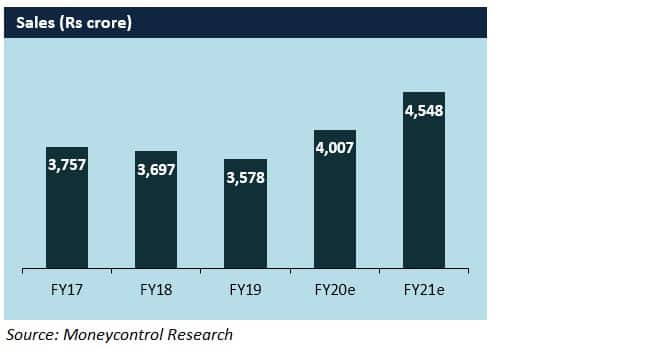