Trade Spotlight | What should investors do with BSE, Pidilite Industries, Oberoi Reality on Friday?

On the short term time frame, BSE Limited has formed strong price volume breakout pattern. The texture of the pattern suggests breakout action will continue in the near term if stock succeeds to trade above Rs 2,400 level.

Bulls maintained their dominance over the Dalal Street for third straight session on March 10, helping the market register 1.5 percent gain with support from declining oil prices, BJP's win in four out of five states elections and positive global cues.

The benchmark indices closed off day's high as they had rallied 3 percent intraday before seeing profit booking at higher levels. The BSE Sensex jumped more than 800 points to close at 55,464, and the Nifty50 climbed nearly 250 points to 16,595 driven by sharp uptrend in banking & financials, auto, metals, and FMCG stocks.

Stocks that were in action include BSE which extended gains for the third straight session and settled 18.6 percent higher on Thursday to close at Rs 2,619 apiece; Pidilite Industries which was the fourth largest gainer in the futures & options segment, settled 5 percent higher at Rs 2,350 per share, while Oberoi Reality climbed more than 3 percent to end at Rs 904 apiece. 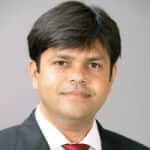 The stock has rallied 20 percent on March 10. On Thursday, the stock opened with gap up and quickly surpassed previous resistance of Rs 2,325. Post breakout, BSE maintained its strong momentum throughout the day.

On the short term time frame, it has formed strong price volume breakout pattern. The texture of the pattern suggests breakout action will continue in the near term if stock succeeds to trade above Rs 2,400 level.

For the swing traders, Rs 2,400 would be the sacrosanct level, trading above the same we could expect uptrend continuation wave up to Rs 3,000. After a sharp price correction, the stock took the support near Rs 2,150 and reversed sharply. Post quick pullback rally, currently it is trading near 200-day SMA (simple moving average).

We are of the view that, on the medium term time frame the trend is still in to the weak side and fresh uptrend possible only after Rs 2,410 level breakout. From last couple of weeks, the stock has maintained lower top formation. Post short term correction, the stock took the support near 200-day SMA and reversed sharply. In last three days, it rallied over 12 percent.

The short term texture of the stock is still in to the positive side but due to temporary overbought situation it is likely to consolidate in the range of Rs 850 to Rs 950 levels.

For the traders, now Rs 850-842 would act as an important support levels. On the flip side, Rs 950-960 could be the immediate resistance level for the bulls.

The texture of the stock is volatile hence buying near support levels would be the ideal strategy for the short term traders. However, below Rs 842 uptrend would be vulnerable. Disclaimer: The views and investment tips expressed by investment experts on Moneycontrol.com are their own and not those of the website or its management. Moneycontrol.com advises users to check with certified experts before taking any investment decisions.
Sunil Shankar Matkar
Tags: #BSE #Market Edge #Nifty #Oberoi Realty #Pidilite Industries #Sensex #Stocks Views #Technicals #Trade Spotlight
first published: Mar 11, 2022 07:41 am