Nifty to head towards 12,500 in January; rollover data suggests closure of short positions

We believe that the Nifty50 is in a process of forming a base near 12,000 and the Call positions have been shifted higher to 12,500, says Dharmesh Shah of ICICI Direct.com

Nifty50 is in the process of forming a base near 12,000 and the Call positions have been shifted higher to 12,500 which remains a target for the index, Dharmesh Shah, Head Technical at ICICI Direct.com, said in an interview with Moneycontrol’s Kshitij Anand.

Q) Indian market closed on a muted note with slight negative bias snapping two straight week of gains. How is the first week of January likely to pan out for investors?

A) The benchmark index witnessed a sharp pullback on Friday session from the 38.2 percent retracement of the preceding two weeks up move (11,832 to 12,294). The corrective decline of the current week has helped the Stochastic oscillator to cool off from the overbought condition and is currently placed at 48 levels.

Going ahead, we expect the index to maintain positive bias and head towards 12,400-12,500 levels which are the confluence of the 161.8 percent external retracement of the last one week decline (12,294-12,118) and the upward sloping resistance trend line is drawn adjoining major highs off August 2018 placed at 12,450 levels. 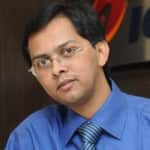 Q) Auto sales numbers will be an important data point which the Street will be watching out for. Do you see a recovery in December sales?

A) The December retail sales are expected to be better than November given high discounts in the market place both on account of BS-VI transition as well as year-end models.

On the wholesales numbers which will be reported by auto OEM’s next week for December 2019, we expect the passenger vehicle category to report relatively better performance with de-growth continuing in the 2-W and commercial vehicle segment.

Q) Any 3 stocks which you think are still good buy on dips stocks for 3-4 weeks?

A) Here is a list of top three stocks which we feel are good buy on dips stocks:

The stock is on the verge of resolving out of long-term (10-years) Ascending Triangle breakout signalling structural improvement.

The stock in the last two weeks has formed a strong base at the bullish gap area of December 13 (Rs 321-325) and is set to resume fresh up move towards 360 levels in the coming weeks being the 123.6 percent external retracement of the recent decline (Rs 351-308).

A falling channel breakout containing the last two years price action suggests the end of a corrective phase and resumption of a fresh uptrend.

The last week's consolidation has helped the stock work off the overbought condition in daily stochastic. We expect the recent breakout area of 210 will act as immediate support and the stock is expected to head towards 230 levels in the coming weeks as it is the 80 percent retracement of the previous decline (Rs 245-171).

Price breakout above 14-months consolidation range (288-152) was supported by strong volume and a faster retracement signals a structural change in the trend.

It took a breather last week that helped the stock work off the overbought condition in daily stochastic and is currently placed at trendline support joining lows since October 25, 2019 (194).

We believe that the stock is likely to resume fresh up move and head towards 340 levels in the coming weeks as it is the 138.2 percent external retracement of the entire November 2019 decline (Rs 319 to 264).

Q) What does the rollover data suggest for the January series? Which stocks and sectors saw strong rollovers?

A) Both Nifty and Bank Nifty indices have seen a closure of short positions. The open interest in Nifty has declined by 20 percent from 16 million to 12 million shares while BankNifty has also seen 14 percent closure of the open interest.

The current leverage in the market is quite low and the Nifty50 is at 5-year low open interest levels. Along with this, the volatility has declined from 15 percent to 11 percent in December series with the highest Put base placed at 12,000 strike which means the major writing is happening at this strike.

We believe that the Nifty50 is in a process of forming a base near 12,000 and the Call positions have been shifted higher to 12,500 which remains a target for the index.

We have seen long rollovers in Banks and Metals while the short covering is clearly visible in Technology and certain Pharma stocks.