The survey found that majority of the asset managers are expecting a revival in the stock market in the second half of the calendar year.

Domestic money managers are buying largecaps to survive the current downturn in the stock market with maximum preference for banks while they are dumping shares of metal companies, the latest edition of Moneycontrol’s Market Sentiment Survey showed.

As many as 73 percent of the fund managers surveyed by Moneycontrol said that they were focusing on buying largecap stocks in the current corrective phase of the market because of greater stability in earnings as well as the moderation in their valuations. 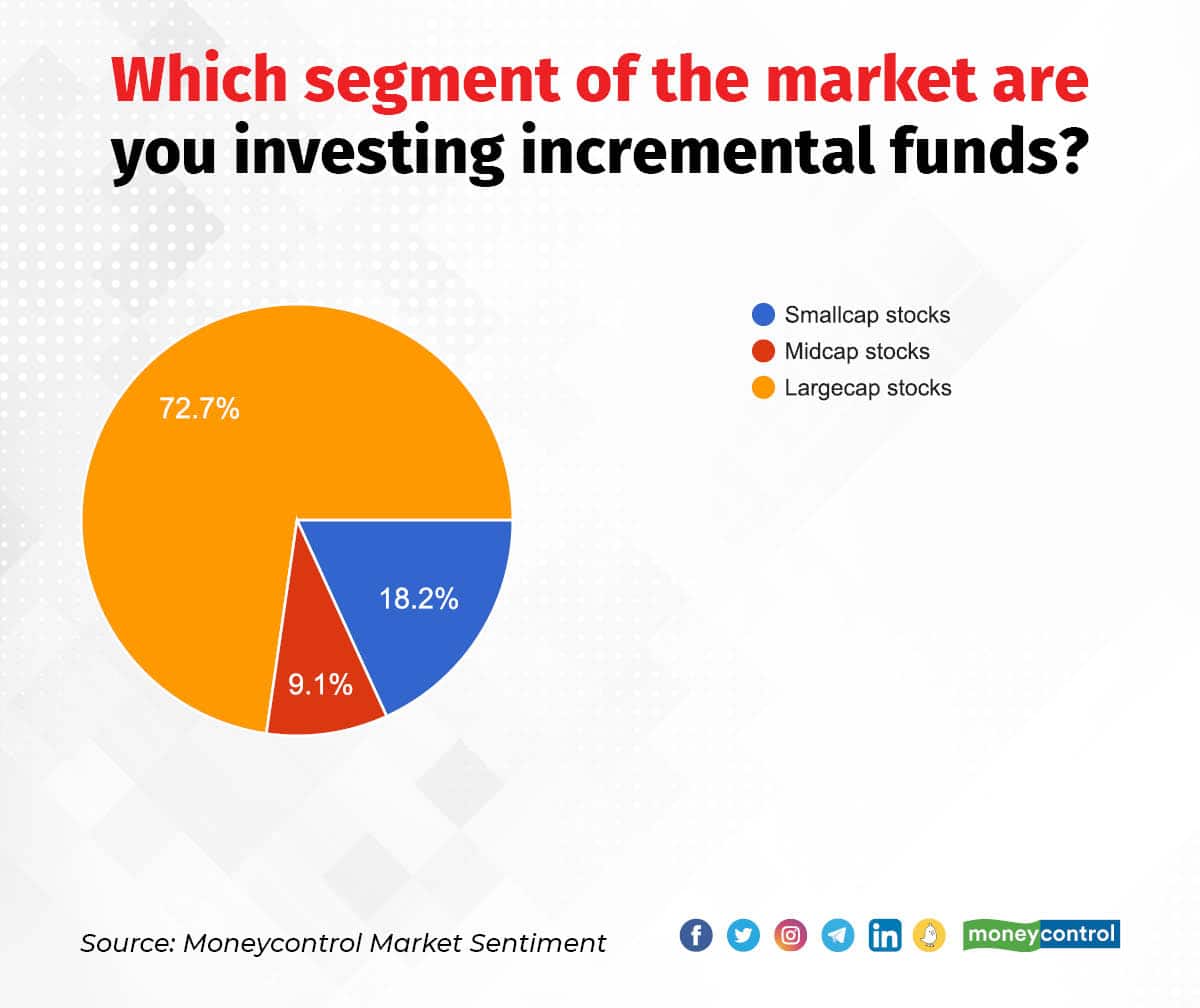 Overall, an overwhelming majority of fund managers from the mutual fund and portfolio management space said that they expect banks to have the brightest year even as the Nifty Bank index has fallen nearly 6 percent in 2022.

A sector where they are bearish is metals with seven out 10 fund managers indicating that they are booking profits in the sector. The Nifty Metal index has plummeted 17 percent so far in 2022 with June itself seeing a 14 percent crack. 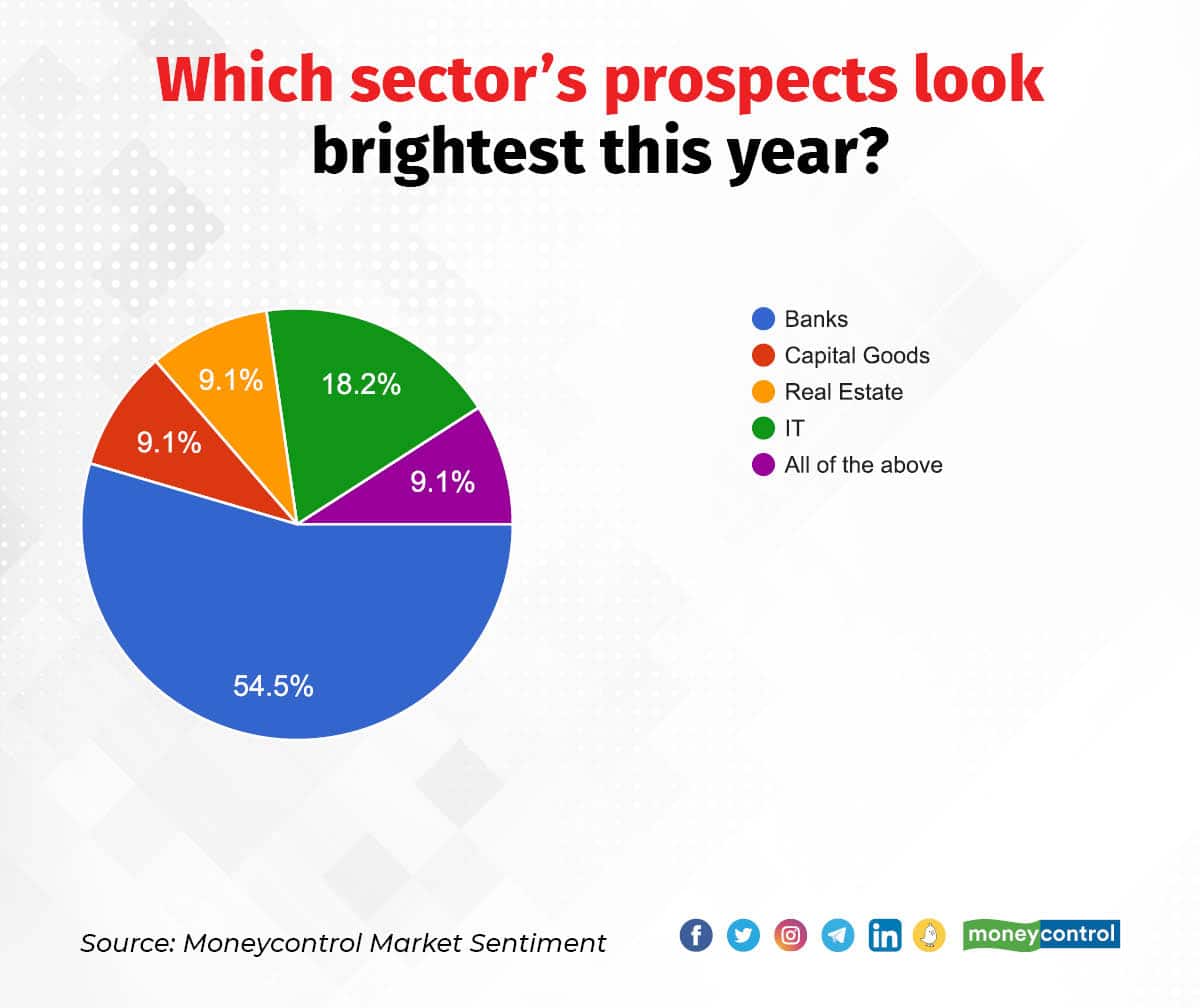 The survey saw participation from 10 asset managers with a cumulative assets under management of Rs 2.1 lakh crore.

Overall, the surveyed fund managers indicated optimism for the second half of the calendar year with over five out of 10 managers expecting a rebound in the market over the next six months after a more than 10 percent drawdown so far. Their optimism for the second half likely rests on their outlook for corporate earnings in 2022-23. As much as 60 percent of the surveyed fund managers expected earnings of Nifty 50 companies to grow 10-15 percent in the current financial year, similar to the May edition of the survey. Much of the current correction in the market has been driven by macro-economic factors such as soaring global crude oil prices, interest rate hikes by central banks to tame inflation and the Russia-Ukraine war.

The majority of the surveyed asset managers see no softening in global crude oil prices going ahead as they expect the commodity to hover in the range of $100-125 per barrel even as fears of an impending recession in the US and European Union mount. 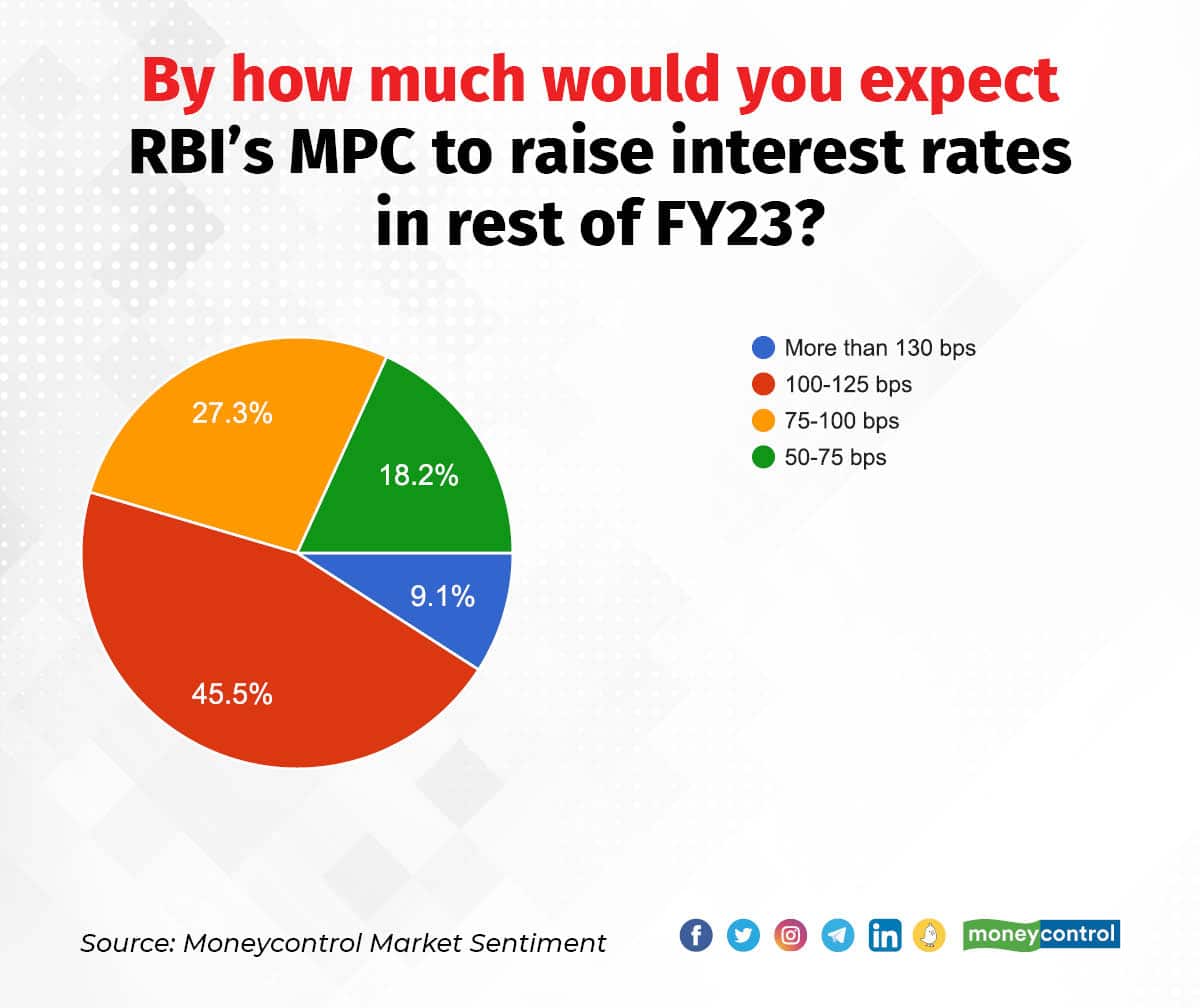 Further, 50 percent of the asset managers also expect the Reserve Bank of India’s Monetary Policy Committee to raise interest by another 100-125 basis points on top of the 90 basis points of rate hike undertaken by the central bank.

Also Read: The Red Queen, nihilists and other insights from the MPC minutes

Having said that, fund managers were divided on what could be the trigger that could bring respite to the domestic stock market. Fund managers indicated that a resolution of the ongoing war in Ukraine or a plunge in global crude oil prices could act as a trigger for a relief rally on Dalal Street.