When reading investment classics one must absorb the principles, but at the same time remind oneself that the operating context, and hence implementation, changes over time, and that there is not just one stairway to investment heaven.

One finds many a newly minted “value investor” quote from Value Investing classics pronounce the current world to be out of whack and implicitly assume that the market has gone back to the 1950s. We all have a right to our heroes, but our rights do not obviate the hero’s rights to evolve. We may surely read in 2021 what they read in the 1940s and practiced in the 1950s and 1960s; get excited about it, but that’s that. They’ve probably moved on in execution and interpretation, albeit not in the substantive principles.

There are probably two phases of Warren Buffet’s value investing practice; we will know later if he has entered a third phase. The first phase, influenced by his guru Benjamin Graham, was about cigar butts with a couple of puffs in them or trying to buy assets much below their current intrinsic value.

Over the years, markets have evolved; institutionalization and globalization of markets, number of investors and competition has risen with more knowledge and coverage of securities; with communication technology and better regulations, information asymmetry has declined, a huge private market has snatched the meal of many a cigar butt hunter.

The second phase, influenced by Charlie Munger, has been about focusing on good businesses run by great managements and ‘value’ has meant buying mispriced or under-appreciated growth with holding periods aligned to a long-term growth hypothesis playing out. With increasing efficiency, value which was thought to be in the unappreciated present was now thought to be required to be captured from the evolving future. 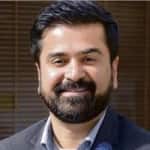 This doesn’t mean now there are no traditional value investing bets with under-appreciated asset values or no cigar butts. Value is being discovered and captured now by a sophisticated and highly enabled crowd on a continuous efficient basis; and if there are any such bets there is something with complex probabilities that needs to play out.

Developments related to global growth prospects or divine intervention like a change in Chinese demand for commodities, or closer home, a change in government policies or interest rates, exchange rates and oil prices. I call most of this ‘divine intervention’ because it is likely to be outside the locus of control of management and impossible to predict with any degree of certainty. One may want to believe we can predict macros even as managements may not control their destinies in these matters, but the track record of macro gurus in predicting is anything but accurate and worse on sustainability.

Fitting today’s market opportunities into the value investing framework of 1950s or even 1990s might result in passing up many opportunities or chasing possibly a counterfeit dollar bill lying on the road which you thought the market didn’t see. Do not get lost in debates about value and growth, defensive and cyclical, because ultimately all investing is value investing with different drivers to realise value. It all depends what kind of drivers an investor feels competent to assess and hypothesize on. Ultimately, the rewards are for realizing value and not for remaining a “value” investor.