Oil traders will be watching for more trade-related headlines this week, as Chinese officials are to arrive in the US on Wednesday for the next round of negotiations

After surging for four straight weeks, crude ended on weaker note pressured by weak GDP data from China and a bearish outlook for the global economy by IMF. Rising US production also weighed on prices.

Venezuela is likely to stay in the headlines this week, as turmoil in Caracas has triggered concerns that its crude exports could soon be disrupted after Trump threatened to impose sanctions on Venezuela. Developments around Venezuela assume even greater importance for the oil market considering that the country holds the rotating presidency of OPEC this year.

Additionally, a slowing global economy hurt crude as IMF lowered its 2019 growth forecast from 3.7 percent to 3.5 percent. The US-China trade tensions and the Brexit problems all contributed to a gloomier outlook for future oil demand. 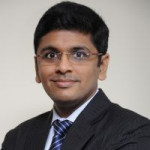 The slowdown in China has led to worries of a global slowdown. We saw prices remaining firm after data from China which showed that China’s economy grew 6.6 percent in 2018, its slowest expansion in 28 years and down from a revised 6.8 percent in 2017, official data showed.

China’s September-December 2018 growth was at 6.4 percent, down from 6.5 percent in the previous quarter. Although the slowdown was in line with expectations, the slowdown of the world’s number two economy casts a shadow over global growth.

In the US, data from EIA showed that US gasoline inventories jumped to a record high in the most recent week even as refiners cut back activity. Meanwhile, crude stocks rose sharply. Gasoline stocks rose for an eighth consecutive week, by 4.1 million barrels to a record 259.6 million barrels, compared with expectations for a 2.7 million-barrel gain.

Venezuela exported about 5,00,000 barrels of heavy crude a day to the US but that has now fallen to about 3,50,000 barrels a day. This is raising concerns that we could see some cuts in the US runs because those barrels won't be easily replaced and could cause future diesel shortages.

US refineries that depend on Venezuela's heavy crude would have even more trouble securing supplies as Canadian and Mexican crudes are often not as discounted and are limited in availability.

Some milder temperatures in the East and a sell-off in the futures market set the tone for broad declines for natural gas spot prices during the week.

Oil traders will be watching for more trade-related headlines this week, as Chinese officials are to arrive in the US on January 30 for the next round of negotiations aimed at resolving the long-running trade war between the two countries.

Both sides have already offered concessions, but the major sticking points include protection of intellectual property and how to police any agreement.

Potential sanctions on Venezuela are a wildcard because no one is sure if or when they will take place. Backed by all this, we expect a highly choppy week of trade for crude oil prices.