Access Selected Content from
Financial Times on Moneycontrol Pro
Upcoming Webinar :Register now for 'ULIP as an investment during economic recovery' powered by Bajaj Allianz
you are here: HomeNewsBusinessEconomy

A day after the prime minister defended his government's handling of the economy, some of the top leaders of India Inc have reposed their faith in the India growth story. From Bharti Airtel's Sunil Mittal to Adi Godrej To Mastercard's Ajay Banga, the overwhelming sentiment is this -- the current slowdown could just be a short-term blip and the fundamentals of the economy remain strong with growth potential intact.

While there is optimism on a recovery, the main concern in the short-term is the GST, many CEOs claim that there are still teething troubles and operational issues that continue to dog the landmark tax reform. In fact, some CEOs even said that their supply chain have been disrupted--- on the other hand, they are also hopeful that these niggles are only transitory and GST has the potential to lift economic growth. 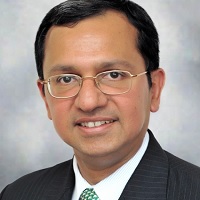 Q: Post GST how has recovery been for Nestle and even the fast moving consumer goods (FMCG) sector overall if you could elabourate that?

Narayanan: I had mentioned before itself – in the month of June, we were certainly impacted before the introduction of GST primarily because of wholesale buying practices and also deferment of purchases that had taken place. I must say, July, the settling in was initially obviously with the change which is the largest fiscal change that this country has seen since independence, we took some time to settle in but I think that is where the team that had been working on partners in terms of training them on GST, the implications of GST, with our distributors almost 1,700 distributors, 3,500 suppliers, we work with them as a team in order to enable them to also settle into the GST regime as seamlessly as possible. So I must say that since the early part of July when we had initially some settling in issues, August was certainly better and September also has been reasonably good as far as settling into the GST regime is concerned. There are still a few operational issues that are being ironed out in terms of comprehension, in terms of submission of returns etc but by and large, it has been a fairly encouraging exercise and settling in as far as Nestle is concerned.

I am also told generally and this is purely anecdotal evidence that for my other colleagues in the FMCG industry also it has been a similar experience that initially there was teething troubles and issues in terms of settling in, a change of any sort is initially obviously not as comfortable as people would want it to be but then once people got hang of the rules of engagement then gradually things have been better.

Q: While you say settling in has already taken place as far as these months are concerned, do you believe that the pain will be taken forward in this quarter, coming quarter, how do you see things reviving, will things revive within this fiscal or it will go on?

Narayanan: It is my hope that I think since we are already now effectively into the fourth month of GST, many of the early issues that were being faced have now been understood and have now been digested. There are - of course - the issues in terms of submission of returns and the veracity of the network that is being still discussed and I believe that is a topic also that is coming up on the October 6 meeting of the GST council, so obviously some of these issues will hopefully get addressed there.

I am always of the belief that with the passage of time, there will be a settling in into GST that will be better. So if I look at it from that perspective, certainly this quarter, which has started, last quarter and first quarter, I should see signs of progressive improvement that will happen as far as the overall industry itself is concerned.

Q: You were talking about the exports, how that is going to increase, so where are we right now, could you elabourate that as well?

Narayanan: Exports as far as the company is concerned, we are on a good track. The fact of the matter is that for us, the track has been reasonable. It is not the biggest contributor in our business but still it is a valuable contributor to the overall performance of Nestle India.

Q: Yesterday the Prime Minister spoke. I do not know whether you got a chance to hear him or now. You may have read about in the paper. How do you read PM's intervention because some are interpreting this as possibly panic and others are saying we welcome this because the PM is batting on the front foot?

Ruia: I think it is positive because people need to bring out both sides of the story. Yes, there have been a few things which have dampened the spirit in terms of slightly slower GDP but there are many other factors which are also working and that is what the PM has brought out and people need to see both sides.

Q: Steel sector has been under a lot of focus lately and let us talk about what is happening in China because there seem to be a lot of slowdown and that has helped the domestic steel industry. Are you hopeful that those headwinds will continue?

Ruia: China's domestic consumption has improved quite a bit, so that has resulted in the exports which they were doing, coming down, and that has had a fairly positive impact on the steel sector.

In India we have had the antidumping put in last year but the pricing right now is far greater than the antidumping levels and so the steel industry is looking a lot better; there has been much more balancing of demand and supply with the Chinese exports coming down.

Q: But talking about antidumping because the government is also reversing some of the products under antidumping duty. Is that a bit of a cause for concern for some of the domestic steelmakers?

Ruia: I think globally the markets are a lot better. The commodity cycle has turned. In most commodities now pricing is back to mid-cycle levels and the kind of despair which was there when the market went down, I think that has largely corrected and we are hoping to see much better times further in the steel industry.

Q: The data that we have on the gross domestic product (GDP) growth, just your sense, the 6.7 percent that is the Reserve Bank of India’s (RBI) assessment for GVA growth.

Mittal: I always say 6-7 percent growth in any place in the world would be a cause for great deal of a jealousy and I think India should be happy. So I think we are very fortunate as a nation that it is still growing at a good momentum. Yes, we would like to be at 8-9 percent but let us not lose hope just because we have had a bit of a dip.

Q: Speaking of impetus to growth, the RBI has maintained a status quo position. The commentary is that even for the coming quarters that is the position they will maintain. What is your sense?

Mittal: I think it was expected that the rates are not going to go down in a hurry and everybody will push RBI and eventually they will have to balance out inflation, economic growth, and the needs of the industry. I am hopeful.

Q: Are you optimistic of relief from the IMG telecom commission, we are all awaiting their report?

Mittal: Let us hope so.

Q: At the IMC you mentioned that the industry is undertaking a massive investment, Rs 50,000-60,000 crore is the figure you cited. Will that be enough for meeting the 2020 target for 5G?

Mittal: 5G is just a new technological box which has to go.

Q: Towers, fibre, will that be enough?

Mittal: Yes, a lot of work is going on.