In an interview to CNBC-TV18, Prasan Firodia, managing director, Force Motors shares his views on the company‘s numbers.

Force Motors reported a 3.16 percent increase in its standalone net profit at Rs 46.28 crore for Q4FY15. In an interview to CNBC-TV18, Prasan Firodia, managing director, Force Motors shares his views on the company’s numbers.

Below is the verbatim transcript of Prasan Firodia’s interview with Sumaira Abidi and Reema Tendulkar on CNBC-TV18.

Sumaira: Your margins have come in this time around at eight and a half percent. Is this sustainable and what is the kind of upside that we could see over here?

A: The year has been pretty good for us. This has been mainly because of our products in these and the segments in which we operate, we have seen a good growth in all our product line and the last quarter has also helped us at end of the day give us the kind of results that we pushed out.

Reema: What is the revenue and profit growth that you are expecting in the coming year?

A: Based on the performance of the last year, we expect the current year also to be good year. I would (Audio not clear) 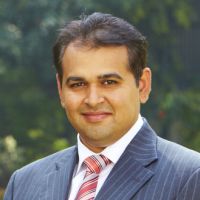 Reema: In your last answer, we could not quite hear you, it started out by telling us that Fy16 is going to be a good year for the company. Could you give us a few numbers in terms of revenues and profit growth expectations?

A: We expect a similar trend for the current year as well like what we achieved in the last year where we ended up on a top-line growth of close to around 15 percent. So, a similar growth rate is also being projected for the current year. Of course, this year has multiple requirements which need to come through from the government’s side in terms of the goods and services tax (GST), the spend that is expected from the government on the infrastructure, all of this happening will of course further help us boost our performance.

Sumaira: What is the sense that you get about the industry itself? Is the worst over now, you think for the commercial vehicles (CV) space?

A: If I look at it specifically from our product portfolio, for us the market has been much improved over the last two quarters on the heavy vehicles side, there is still substantial opportunity for growth which is still expected to come through. But in the segments in which we operate, we are seeing a much better situation than what we were facing over the last two years.

Reema: Your margins have gone up for FY15. It has come in at 6.2 percent versus 4.8 percent. Is the company making a conscious effort on premiumisation and therefore can we expect your margins to continue to improve?

A: Yes, we hope to sustain a similar level of margin for the current year. We are focusing strongly on reducing our costs further and optimising our product portfolio so that we are selling more of our high contribution products in the long run.

Sumaira: Can you tell us what is the kind of business that you get from BMW or Daimler?

A: In our total business sales, our components business or our aggregate business which is mainly contributed out of our association with Mercedes or BMW is close to about 15-18 percent of our top-line and we expect this to have also a substantial growth this year given the kind of volume increase. Both these players were looking at the luxury vehicles space.

Reema: Have you made any new tie-ups in the recent, in the last few months? Any new companies that you have started working with?

A: We are in dialogue with one or two other strong competitors as well in the luxury car space. But nothing as of now has been signed off.

Reema: You are setting up a next generation in engine manufacturing facility in Tamil Nadu which was expected to be completed in February of 2015. Has it already been completed, commissioned? What is the production from it that you expect in FY16?

A: Yes, our Chennai plant which we started construction in April last year, went into serial production in January this year, so for the last now, close to about four months this plant is in regular operations now, and 100 percent of BMW India requirements in terms of engines, gear-boxes is all being catered from this facility. Given the kind of projections that BMW is looking at, we should also look at a good year from our Chennai facility.

Reema: What is the current capacity utilisation at the Chennai facility and will it go up?

A: We have just started four months back. January was the first year, so we are in a ramp-up stage but we are now geared up to 100 percent of their local requirement. So, the capacity is established as per their demand projections which we have.

Reema: What is the ideal promoter holding in the company according to the promoters because they have raised their stake twice in the last six months of FY14?

A: That is right. Currently the promoter holding is close to about 60 percent.

Reema: And how much would they like to increase it to, raise it to?

A: There is no decision on that or any thought in that direction. We are happy with the vision that we have as a promoter family in the business currently.