Worsening asset quality continues to haunt Bank of Baroda in the third quarter due to elevated slippages. In an interview with CNBC-TV18, PS Jayakumar, Managing Director & CEO of Bank of Baroda spoke about the results and his outlook for the company.

Worsening asset quality continues to haunt Bank of Baroda in the third quarter due to elevated slippages. In an interview with CNBC-TV18, PS Jayakumar, Managing Director & CEO of Bank of Baroda spoke about the results and his outlook for the company.

We stay with the guidance of about 15 percent on a year-on-year (YoY) growth, he said.

Slippages this quarter were elevated because of one telecom and one power account. We hope these accounts get resolved over a period of time, he added.

According to him, the telecom account may get written back by March 2018.

We are now having a lower level of stressed assets and the net non-performing assets (NPAs) plus stressed assets ratio has also declined by about 80 basis points (bps), said Jayakumar. 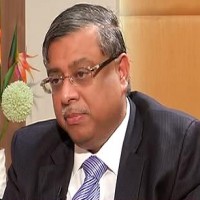 Latha: First let me take the good new forward, it was very good loan growth that you showed over 16 percent, what is a maintainable trend?

A: I think not only the loan growth, but the overall financial results looked at from every point of view is quite satisfactory. I think we stay with a guidance of about 15 percent on a year-on-year growth. It may be more like 13-15 percent range is where we are looking at this point in time.

Latha: Let me get to the bad news then, the slippage number at Rs 5,630 it wasn’t just that the slippages were higher than last quarter. You have also guided that you are still to provide some Rs 865 crore for the NCLT cases. There is a genuine worry about credit cost, can you give us some guidance on both slippages and the provisioning that you will have to do this quarter and FY19?

A: Let me go this way, the slippages for this quarter was elevated by about Rs 2,200 crore odd versus a prior quarter primarily on account of slippages of two big accounts, one in the telecom sector and other in the power sectors. Our actual slippages on QoQ basis was actually lower. We hope these accounts get resolved over a period of time.

A: Well it should get written back, let us see. There is an expectation, some of it might happen as early as March of this financial year.

Sonia: Slippages were a bit lumpy in this quarter, directionally though do you think that the stressed loan ratio is on a decline for the bank over the next few quarters?

A: If you look at the standard restructured asset that number is down by about Rs 2,000 to Rs 1,700 crore. So, essentially what has happened is slippages are those accounts which were in the restructure standard category from where the growth has happened, the entries in the slippages have happened. To that extent we are now having a lower level of stressed asset and the net NPA plus the stressed assets number as a ratio has also declined by about 80 basis points.

Sonia: If you have a lower level of stressed assets can we expect a sharp reduction in credit cost over the next say one to two years?

A: Directionally, what is happening is there is massive effort in transforming the bank product, processes, people quality, distribution etc. so as these take effect and as we come to the end of the cycle with respect to the non-performing assets and given the fact we have an extremely healthy provisioning coverage ratio (PCR) coverage I think all of this augurs well as we look ahead.

Latha: You were one of the outsiders to the entire public sector banking system. What has been your banks approach to the entire digitisation? I mean Google has tied up with the other four banks three private sector and State Bank of India (SBI) and now there will be wats app payments app as well, you all have not tried to get into this either Google tie up or any other way to capture this retail market?

A: It is not just Google or those kinds of tie-up. I think fundamentally we have substantially increased our digitised process in many ways. We have moved to a core banking system which is open to API. We have done very good Hackathon and we are making some new good products coming from there. We have built a fairly sophisticated digitised sales finance program. We have also built and just now launched a cash management program. Our trade platform is going to become fully digitised.

Latha: I am just asking you what will your guidance therefore be for retail growth. There are brokerages who are positive on State Bank of India (SBI) even after those numbers showed a lot of slippages because they will be able to mine data better given the digitisation. What are your retail numbers - forecast?

A: I think there are two aspects to it. One aspect is the ability to build a distribution channel and get the cross sell ratio worked out, more products per customer and on that we are continuing to make good progress in terms of building the distribution channels. For us the distribution channel other than the bank has been quite minimal. So, as those take place we should see entries in the growth of the retail and for that matter the other businesses well. That is one element of it.

We are also in process of already set up of centre of excellence with respect to information technology and with respect to analytics. As these things take shape we probably would be able to mine data better. The fact is the growth in the retail business is not a last quarter story it has been there consistently for four quarters. That is what should give us some degree of confidence that we can continue to keep that trend and so the results for this quarter are just not - for this quarter is just a continuation of the trend that you are seeing. Last quarter also it was a fairly good result. So, I think if you can deliver a couple of more good quarters than I think some of the concerns will by themselves get addressed.

Sonia: Are you looking at listing of any of your subsidiaries or sale of any non-core assets over the next six to 12 months?

A: Let me break the question in into two parts. As far as listing of subsidiaries is concerned, no. Many of them have not reached the scale that would enable them to be listed. So we need to continue to focus on building the business.

As far as the non-core assets are concerned, yes there is a plan to sell. We hope during the course of the following year, we should be able to exit from those kinds of non-core assets investment and in various financial institutions etc. which do not provide us any real value. So we are focused on that. It is depended upon the market factor as well as we come to the divestiture of these assets.

Latha: Have you any number in mind, ballpark that you maybe raising through non-core, separately capital raising plans?

A: There is a certain amount of opportunity over there and as far as specific guidance are concerned I would prefer to avoid it. We do have some headway, some room over there to get going in divestiture and raising capital so to say.

Sonia: I also just wanted to get some sorts in on what is happening on the domestic corporate side, because a lot of banks are now trying to reduce their concertation to large vulnerable industries and increase exposure to the share of A and above rated companies. You have been doing this same as well. How much do you think you are exposure could increase to some of these A rated companies over the next say one to two years?

A: I think the ability to build up A rated portfolio is coming primarily from the fact that we are not able to offer a more complete set off products to our customers, some of which are good value addition. It is also becoming a good method of acquiring customers especially with the supply chain and with cash management we are getting a lot of customer which never banked with us. So therefore I am fairly confident that we should be able to grow new clients which is really the focus on the corporate bank side.

We have been trying to add more clients, new client’s different industries just as the matter of insuring diversification of our base and so that process continuous. But that doesn’t mean we are only focused on A+ customers there are other transactions that are happening. Except that we are far more careful at the way these are structured so that we kind of insulate themselves from shocks.

Latha: Finally, can you leave us with some guidance on your slippage ratio for FY19 as well as the credit cost, the provisioning that you will have to do?

A: As we go into FY19 that is starting from April of this year I think we are quite positive about the whole thing playing itself, the story playing itself out. Specific guidance I may not be able to give you right now.
CNBC-TV18
Tags: #Results Boardroom
first published: Feb 12, 2018 10:20 am