The company has two facilities in the US, producing 550,000 tonnes of pipe a year. The move will improve margins, said Vipul Mathur of Welspun

US Commerce department decision to impose preliminary anti-subsidy duty on imports of large diameter welded pipes is an 'extremely positive' development for Welspun Corp , which will benefit from better margins, said a senior official.

"It's a good step for us. We have a large facility in the US, but our market was getting impacted by the cheap imports. But with these sanctions, we are very optimistic about prices getting better," Welspun Corp's Managing Director & CEO Vipul Mathur told Moneycontrol.

The US Commerce department on Wednesday imposed preliminary anti-subsidy duty on imports of the pipe from India of up to 541.15 percent. This was after a finding that imports of large diameter welded pipes from India, and five other countries, were subsidised and sold below market price in the US. 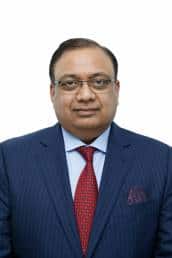 Welspun has two plants in the US, with a combined capacity of 550,000 tonnes a year. The facilities make both large and small diameter welded pipes that are used in the oil and gas and water industries.

The other countries impacted by the sanctions are China, South Korea, Turkey, Canada and Greece.

The duty rate is the highest for pipes from India. Those from China will be imposed duty of 198.49 percent, South Korea imports will face duty up to 3.31 percent and Turkey up to 3.76 percent.

These duties run for about five years. A final decision will be taken in December.

A Reuters report, quoting data from US Commerce department, said that the country imported USD 294.7 million worth large diameter welded pipes from India in 2017. India had the highest share, followed by South Korea at USD 150 million, Turkey at USD 57.3 million and imports from China were valued at USD 29.2 million.

Welspun is among the largest players in the US market, with a share of over 15 percent.

"The demand in the market there is pretty strong, after a slow year in 2017. Demand for oil is strong and so are oil prices, and the US government wants to ramp up its capacity. It also wants to export gas. All this augurs well for the pipe industry," Mathur said.

The senior executive added that the company overall has an order book of Rs 11,400 crore. "We are booked for the nine months of the year, and only the last quarter is open now. And there are multiple options before us for the last quarter," added Mathur.

Prince Mathews Thomas heads the corporate bureau of Moneycontrol. He has been covering the business world for 16 years, having worked in The Hindu Business Line, Forbes India, Dow Jones Newswires, The Economic Times, Business Standard and The Week. A Chevening scholar, Prince has also authored The Consolidators, a book on second generation entrepreneurs.
TAGS: #Business #Companies
first published: Jun 22, 2018 09:00 am