UPCOMING EVENT:Join us for New HorAIzon from Oct 6-7, 2pm and be a part of exciting conversations on tech & innovation
you are here: HomeNewsBusiness

"Bharat Forge has corrected to its 50-day moving average. Overall it is a good uptrend, so can be bought around these levels maybe Rs 660 is a good stop loss and look for targets at about Rs 750. So that way Bharat Forge is a much better looking chart than many others."

"The reason we are optimistic on this pullback is because Reliance Industries has reached its 50-day moving average. The Bank Nifty has reached its 50-day moving average. So, once these big components are at their key averages generally there is turnaround even if it is temporary. If somebody wants to buy possibly this is a nice zone - Rs 880 type of stop loss and at some point you should expect Reliance to move back above Rs 950. So that way I think Reliance is a buy," he said.

"Bharti Airtel had that big rally but after that it is kind of getting sideways, so there isn’t any great follow-through to that large move we saw. But again if somebody wants to buy keep a stop loss say around Rs 460 and then hope for a move back towards Rs 560. But the way Infosys, Reliance and ICICI Bank are kind of holding on it does not look like a big breakdown is imminent." 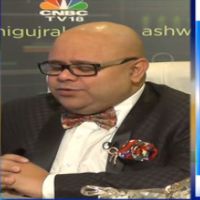 "Escorts has reached very close to its 200-day moving average. So it is generally a good place to get into any stock. Now keep Rs 600 type of a stop loss and once the Escorts rally re-starts maybe you can get Rs 780 on the upside."