MG Astor review: Price, features and specs you need to know about the new SUV

We would day drive most of the cars in this league before making a buying decision, but by itself, the MG Astor is an SUV that makes a good case for itself.

I’ll begin this piece by addressing the most talked about element of the MG Astor – that AI robot thingy on the dashboard. Opinion will almost certainly be divided between those that find it entertaining and those who think it’s a bit creepy (I’m in the latter camp, because I think it looks like something out of a horror film).

At this point, it understands Hindi and English and you can get it to operate things like the A/C and sunroof. It also pulls information from Wikipedia and tries to answer questions you have for it, but it doesn’t link up with Siri, Alexa or Google. Results were mixed when I tried it, but MG says that software updates will improve its capabilities.

With that out of the way, the Astor—with seven variants—has its task cut out for it. The segment it operates in is fiercely competitive and the hottest one in the market right now, with the Korean duo of Hyundai and Kia dominating and the assorted Europeans and Japanese (VW, Skoda, Nissan et al) also landing punches. No pressure, then.

It’s clear that one way MG has decided to leap into the fight is with a features list a mile long – almost too long to fully comprehend, actually. The fully-loaded model gets segment-first features in the Level 2 autonomous driving aid department – and that’s a brilliant thing. These features include things like blind-spot detection, rear cross traffic alert, adaptive cruise control, autonomous emergency braking and lane-keeping assist, and I can tell you that they work well and are absolutely worth spending the extra money for if you buy an Astor. Safety first – always. Other features include hill-descent control, different steering modes and connected car tech with an app, which has improved rather a lot since the time the Hector came out; your smartphone will be able to function as the key, with the new i-Smart app.

I have to say I was pretty impressed with the cabin in the top end car. It feels luxurious and premium, and fit and finish are both excellent, with the red and black leatherette upholstery and also some red leatherette on the dashboard and door panels looking good. 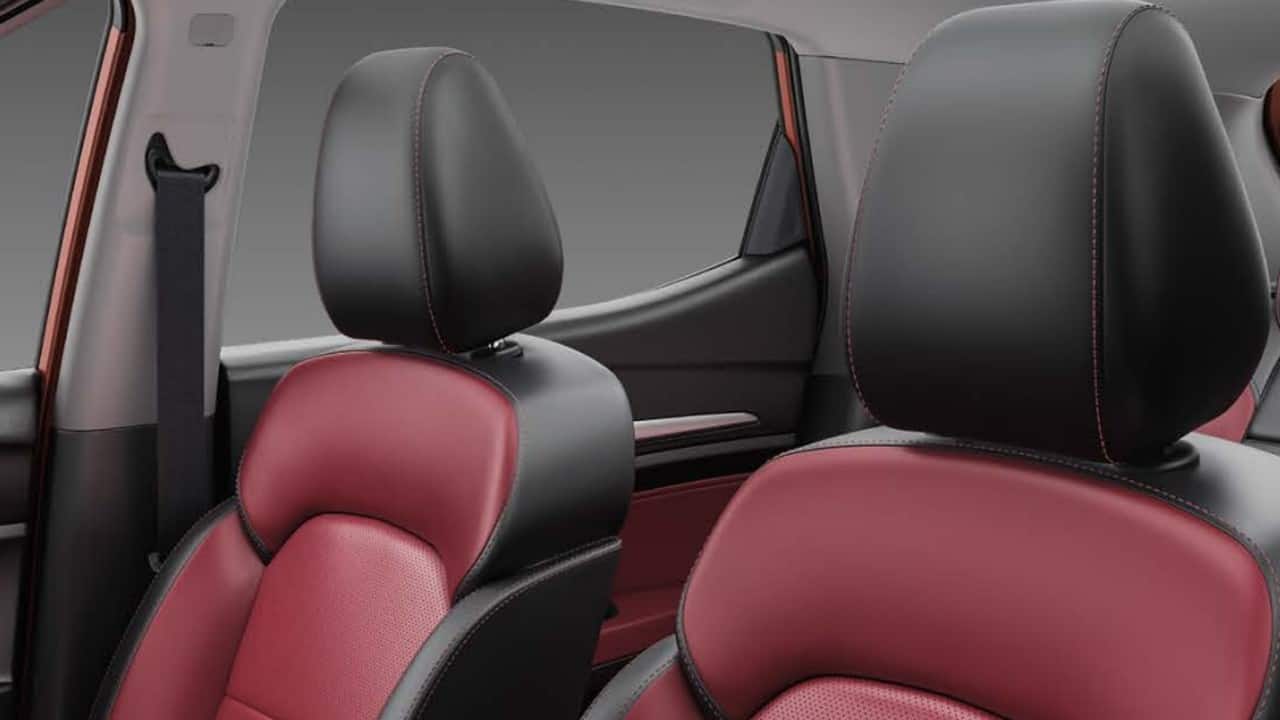 There’s a seven-inch LCD digital instrument cluster which is crisp and clear, although the virtual dials in brown look a bit … odd. The 10.1-inch infotainment touchscreen is easy and responsive to use, and thankfully there are also physical switches for some functions, plus a home button for the infotainment system (I’m a fan of actual switches and dials).

The 6-way adjustable driver’s seat was very comfortable, at least for someone of my size and height. From it, all the controls fall easily to hand, and although a telescopically-adjustable steering wheel would have been great, you can adjust it for height. There’s a huge sunroof, which gives the cabin a sense of roominess, and there’s more than adequate room in the rear for two adults, despite the fact that the Astor’s wheelbase is the shortest in the segment. It’s safe to say that MG has brought the big guns in the cabin and features departments, and the Astor pulls ahead of the Creta and Seltos in this regard.

What about the engine, you ask? Well, there are two (petrol-only) options: a 1.5-litre, 108 bhp naturally aspirated unit and a 1.3-litre turbocharged petrol putting out 138 bhp and 22.43 kgm, which is the one I got to drive. It had a 6-speed automatic gearbox (a torque convertor), which was sharp enough to keep things interesting, but not quite at the level of the VW group’s automatics.

From a standing start, the Astor gets off the line smoothly but not particularly energetically, and overall, the engine is one that isn’t too comfortable being revved very hard; that said, not many people are going to treat it like that. Selecting manual mode in the automatic ‘box is the best way to make rapid progress (and also the most fun); the gearbox tends to shift up as soon as possible (in an effort to maximise fuel efficiency, no doubt), which sometimes leave you in the middle of a corner with not enough shove to propel you out of it quickly. The engine will take you all the way to around 160 kph, and the Astor remains very stable throughout. 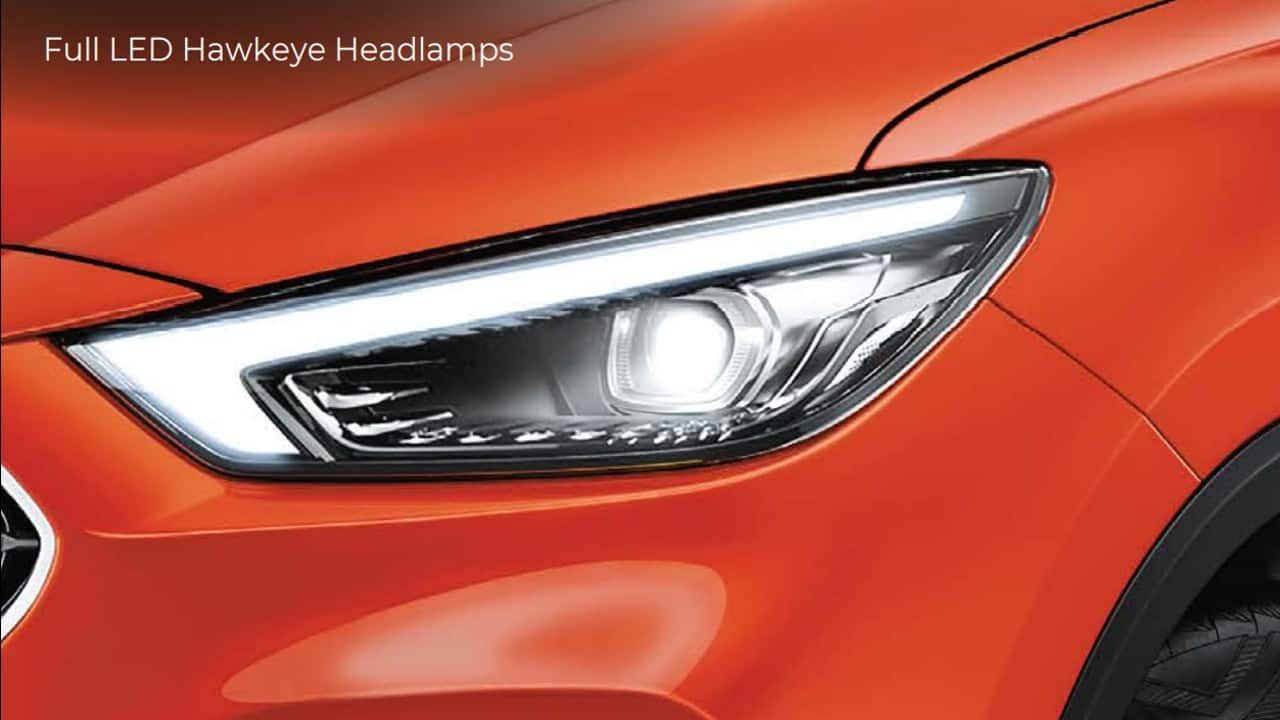 This SUV rides in a fairly neutral manner, with its levels of damping pretty much at par with the competition; it has good ground clearance, so I had no qualms taking it up and down some broken stretches of road, either. However, in the handling department, I can say with confidence that the Kushaq, Taigun and even the Creta are more agile around corners.

The Astor exhibits a fair bit of understeer while cornering, and there’s also some body roll on offer; its tyres offer acceptable grip and the brakes (discs all-round, thankfully) do a good job of hauling it in from speed, but overall, the sweet spot between ride and handling is a not quite there. If you’re going to drive mainly in city conditions, however, you’ll be absolutely fine.

It’s pretty likely you’ll also be fine with the way this car looks. There’s no doubt that it’s essentially a ZS EV flaunting a new wardrobe, but the re-tailoring has been done to good effect. That grille is bling central, of course, but we Indians do love ourselves some chrome and flashiness, so there’s that. The headlights are sleek, the LED tail lamps are quite tasteful and the alloy wheels are rather tasty looking. 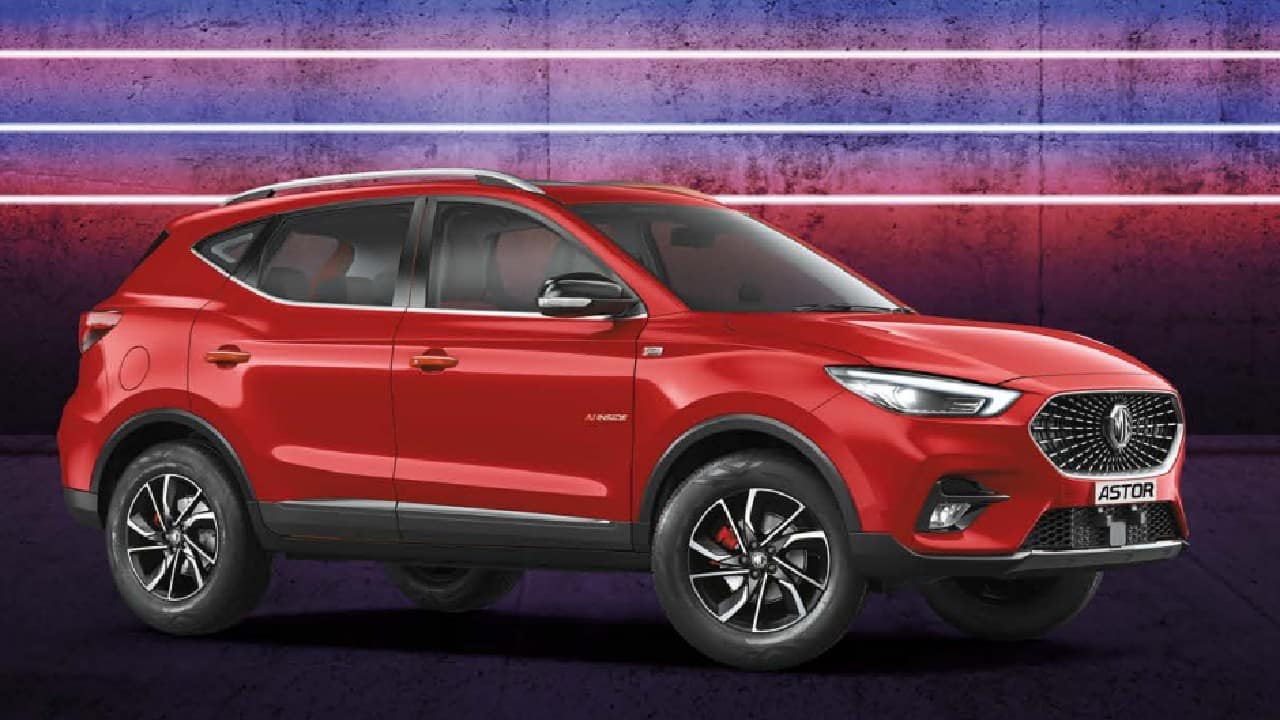 I’d say you should drive most of the cars in this league before making a buying decision, but by itself, the MG Astor is an SUV that makes a good case for itself.