A Jaipur-based firm called Verve Logic has announced a ‘Netflix and Chill’ holiday for all its employees on September 3 to watch the fifth season of Money Heist that will release on Netflix on the same day.

“We have taken this initiative not just to save an attack on our emails with false leaves, see mass bunks and numbers being switched off but because we know sometimes ‘Moments of Chill be the Best Pills for Energy at Work’,” Abhishek Jain, CEO of Verve Logic said in a message to his employees. 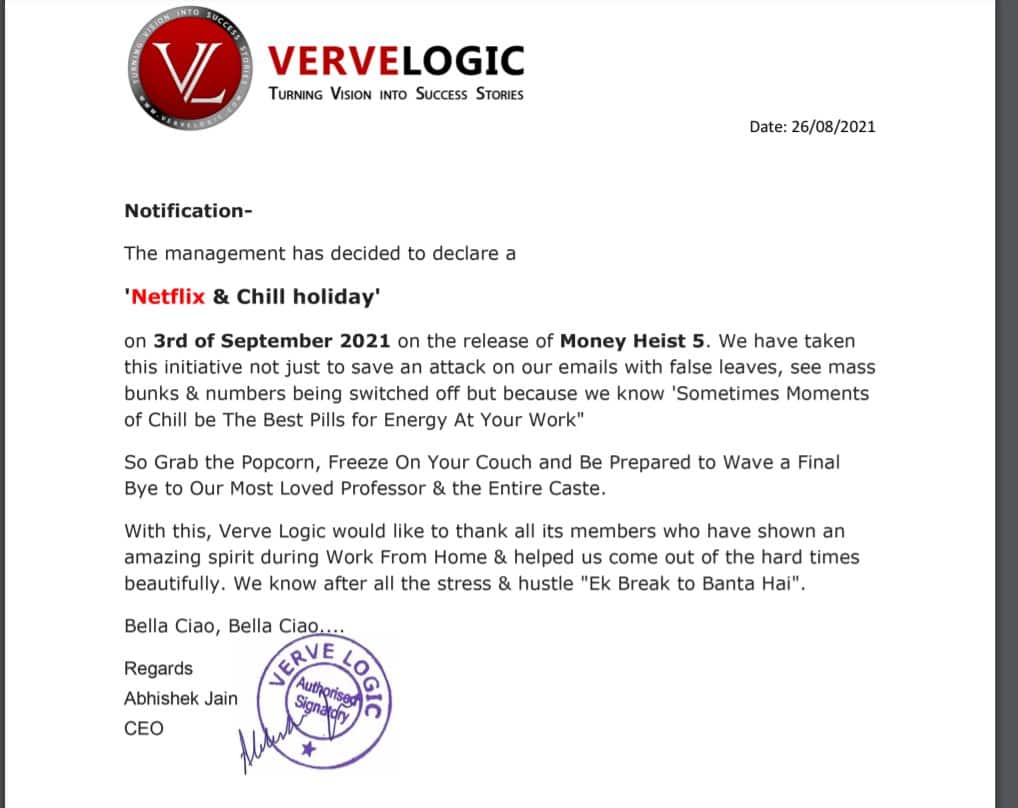 He also thanked the employees of the company who had been working from home. “So grab the popcorn, and be prepared to wave a final bye to our most loved professor and the entire caste. With this, Verve logic would like to thank all its members who have shown an amazing spirit during work from home and helped us come out from hard times beautifully. We know after all, ‘Ek Break to Banta Hai’” he added signing off the letter by saying, “Bella Ciao, Bella Ciao." 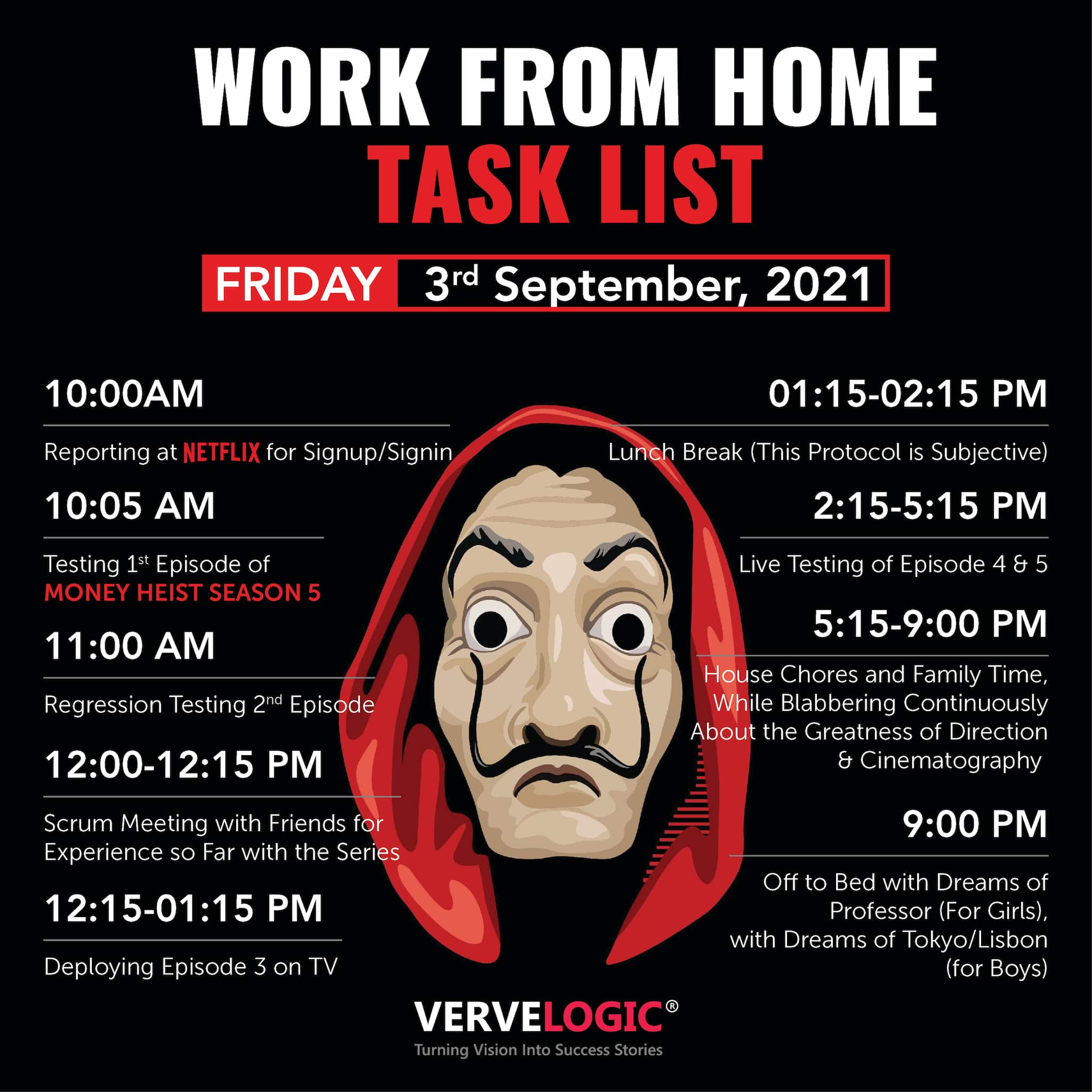 Several Indian companies have now joined the newfound awareness of the mental well being of employees especially during the ongoing pandemic.

Social commerce startup Meesho has announced a companywide break from November 4-14 for all its employees to prioritise its ‘Reset and Recharge’ policy. The work break will be after the festive season sale offered by the platform. Nike, Bumble and LinkedIn had also previously given their employees mental health breaks.
Moneycontrol News
Tags: ##Money Hesit ##Verve Logic #Meesho #Nike
first published: Aug 31, 2021 02:40 pm