Only the US NFL ranks higher than IPL in terms of per match value.

After the recently concluded media rights auction, the Indian Premier League (IPL) has now become the world's second most valuable sports league. Its rights value surpassed Rs 48,000 crore for the 2023-2027 cycle, making the 15-year-old IPL the fastest-growing sports league globally. From its staggering growth in media rights valuation to the windfall for IPL teams, Moneycontrol takes a look at the business of IPL in 12 charts. 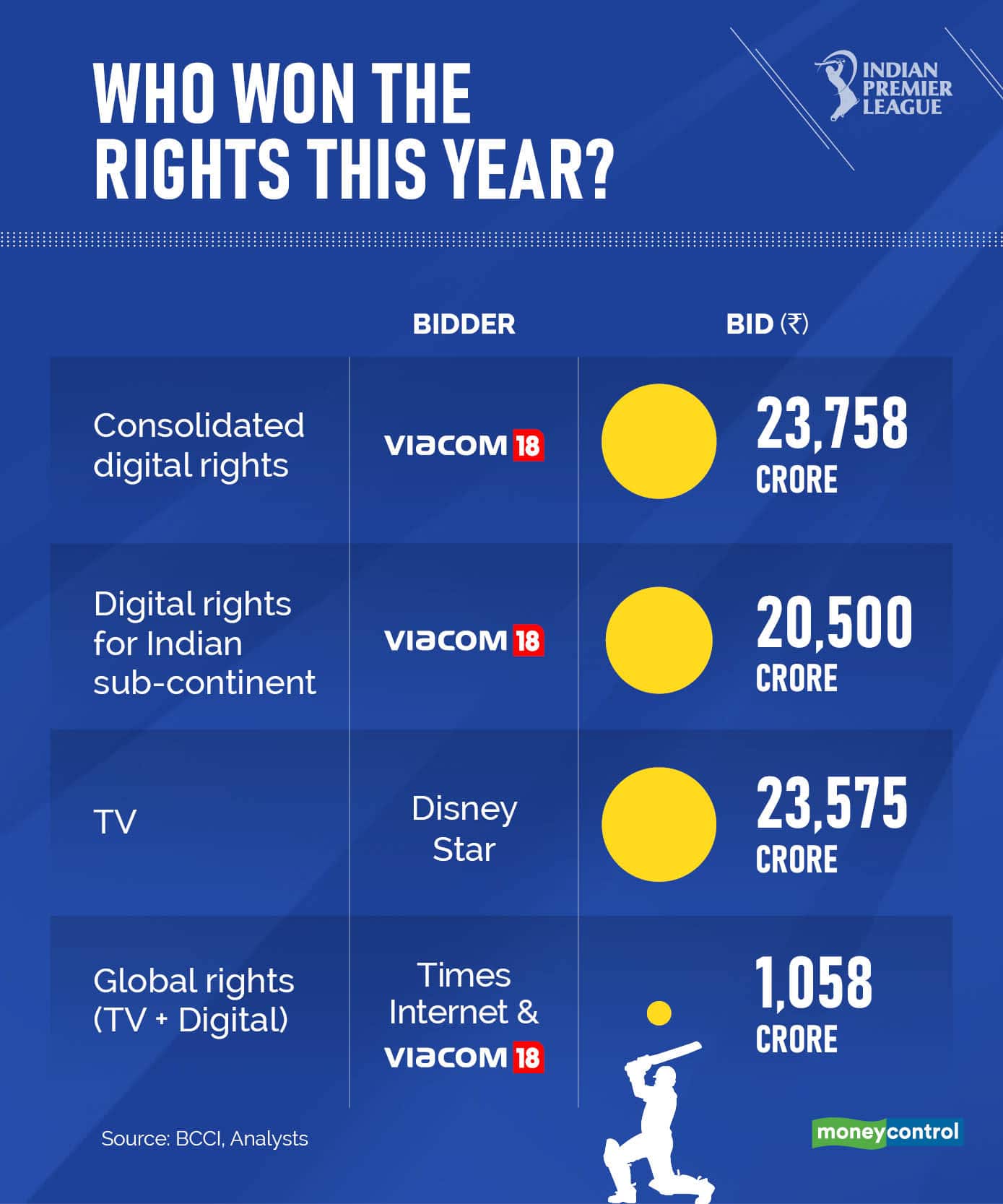 The media rights valuation for the 2023-2027 cycle grew more than two and a half times compared to the previous cycle. Digital saw the highest growth. With $16 million per match value, IPL has vaulted past many global leagues. 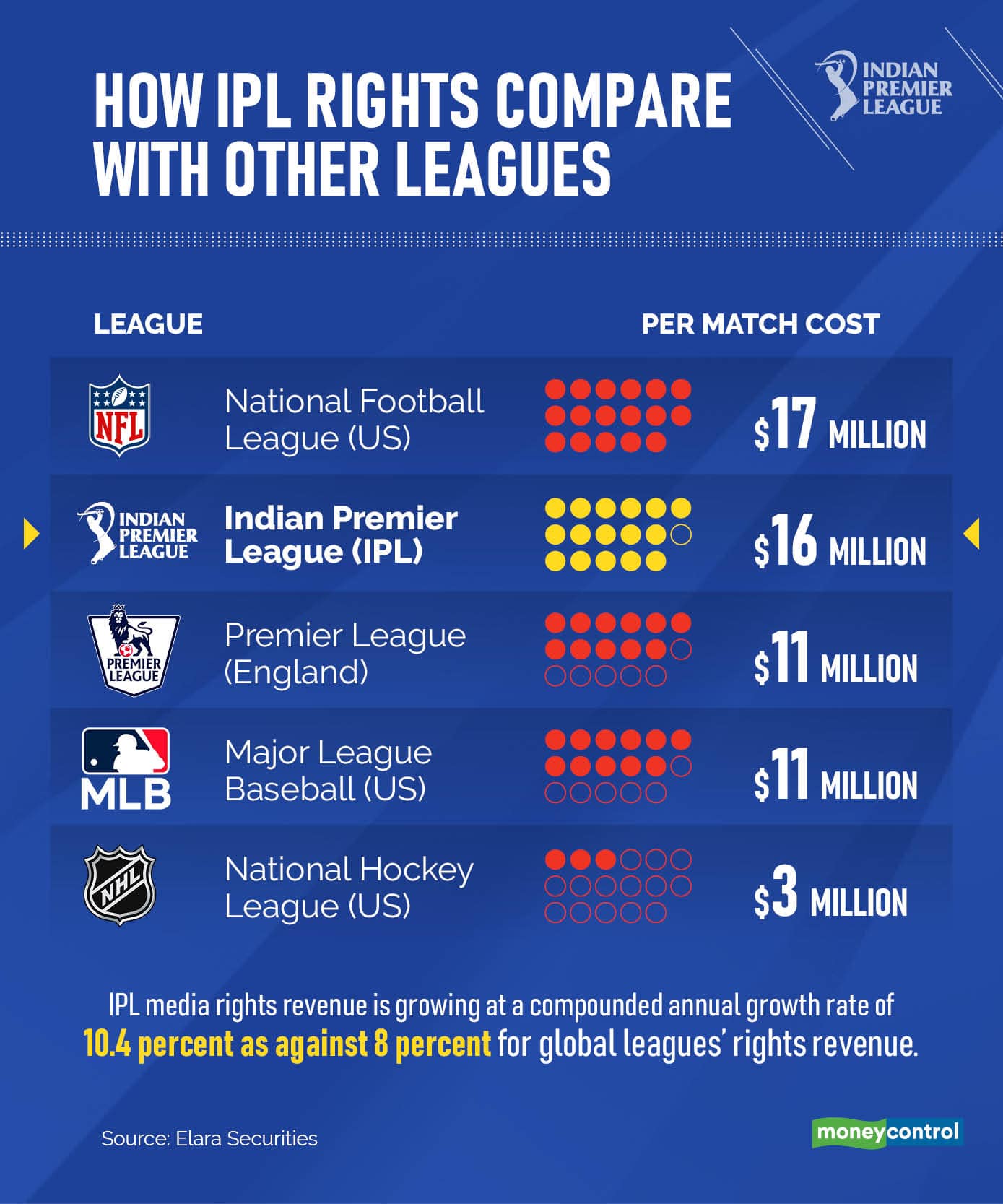 Analysts expect revenues of IPL franchises to increase 2x in FY24 post the media rights auction and also due to the addition of more matches which will be 40% higher than the previous cycle. Experts estimate that the net profit of IPL franchises is likely to increase from Rs 100-125 crore to Rs 270-300 crore thanks to increased media rights valuation. Players' salaries are also expected to increase. The total salary purse is estimated to double from the current Rs 90 crore to Rs 180 crore. From online gaming to edtech, new-age brands have come on board to partner with IPL franchises over the years. Analysts expect teams to see 15-20% growth in earnings from sponsorships this year. Advertisers pay high premiums to feature during the league matches. The league's ad revenue has grown three-fold in the last five years. Online gaming emerged as the top category during IPL 2022, up from its second place in IPL 2021. Fantasy sports company Dream11 was the top advertised brand during both IPL 2022 and 2021. Franchises are expected to get a bigger cut in profits from the board as the central revenue pool will increase. 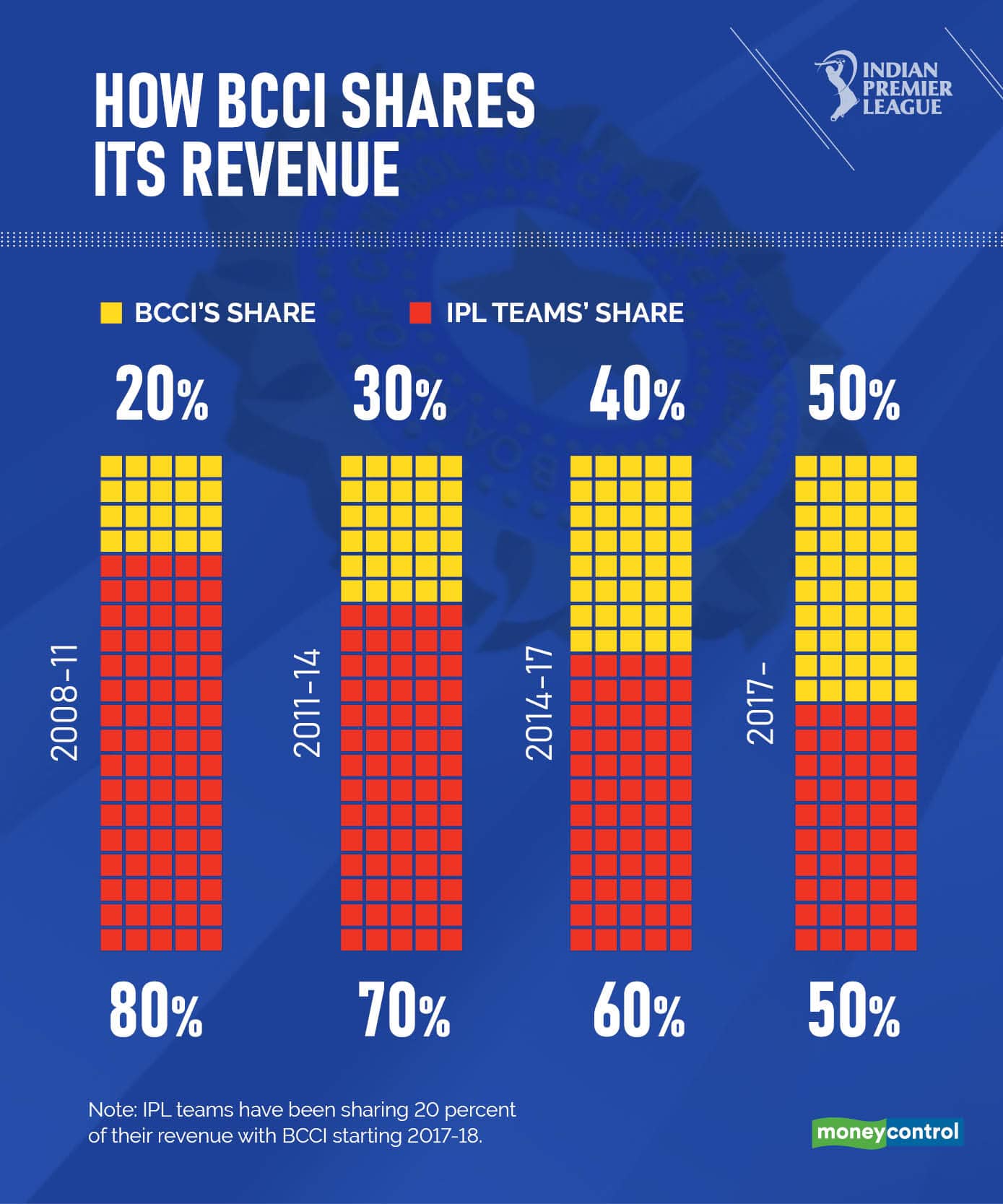 Just like media rights, the cost of owning an IPL franchise has also seen significant growth 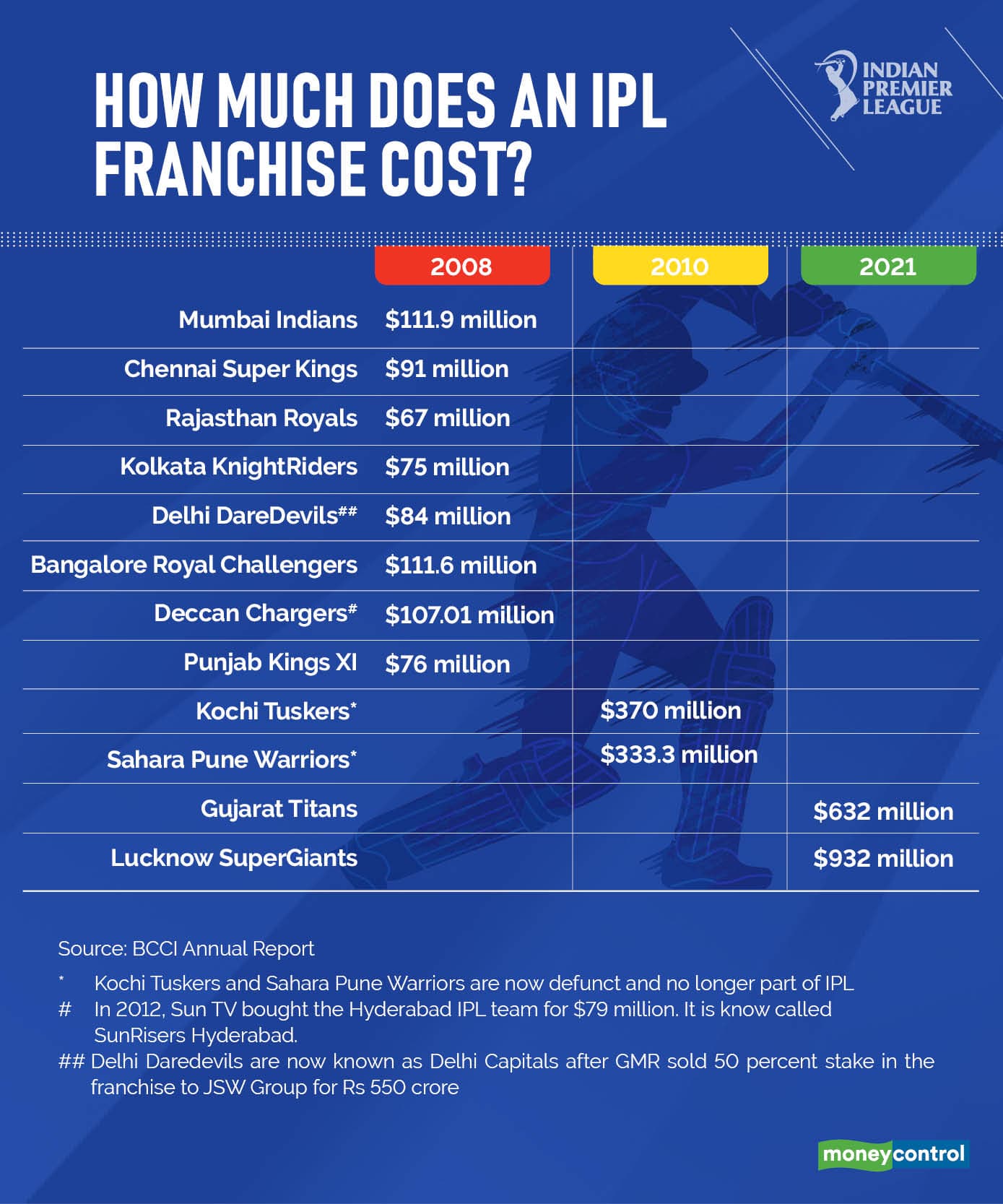 In its 15-year journey, IPL has seen the highest ad spending changing from traditional categories like FMCG to digital-first brands like Dream11 and Swiggy.