Maharashtra also reported the most (50 or 25 percent) new deaths, followed by Kerala (25), West Bengal (18),  Delhi (16), and Chhattisgarh (12). These five states account for 60 percent of all the new deaths reported across the country. 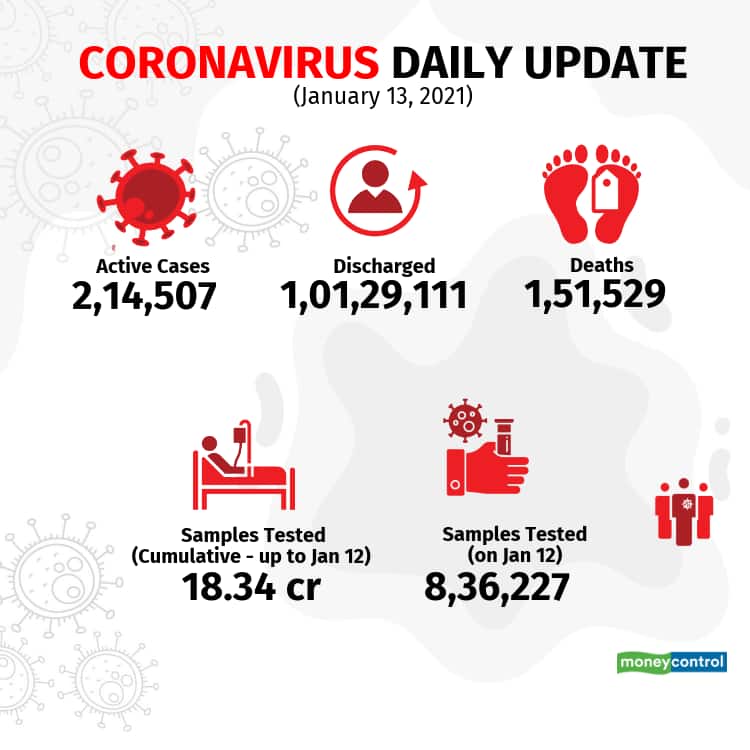 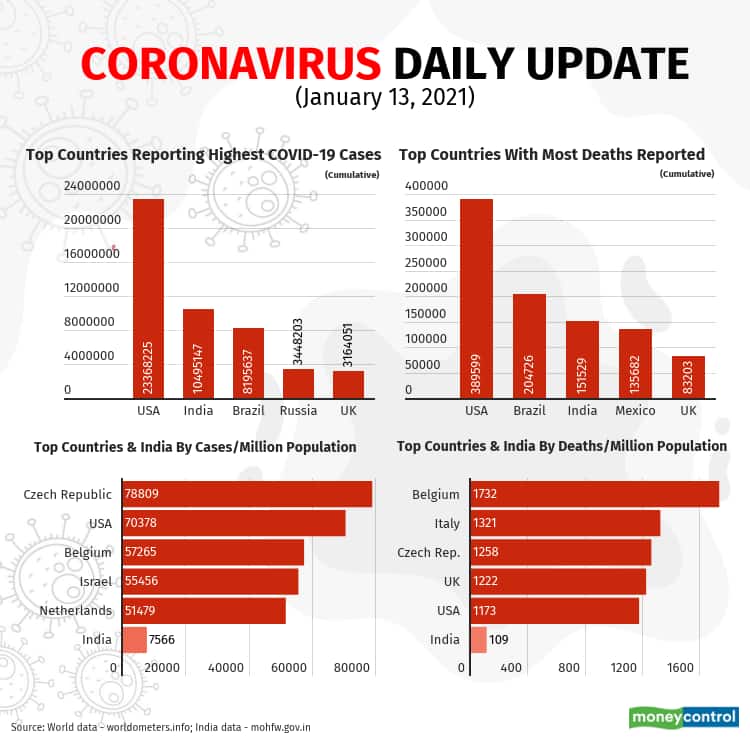 More than 28 million COVID-19 vaccination doses have been administered world-over as of January 12, with India to kick-start its drive from January 16.
Chaitanya Mallapur
TAGS: #coronavirus #Covid-19 #India
first published: Jan 13, 2021 11:16 am