How brick and mortar bookstores weathered the Covid storm

Searches for books and book stores went up during the lockdown. Traditional bookstores worked around problems to take orders online and via phone, and responded to trends quickly.

Abhinav Bamhi of Faqir Chand and Sons, Khan Market, said that while online and phone orders and digital payments kept them in business during the pandemic, the ambience of a physical bookstore cannot be replicated online. (Photo: Nilutpal Thakur)

At a time when businesses across sectors are reeling from the aftereffects of the Covid pandemic and slowly picking up the pieces, Delhi’s brick and mortar bookstores seem to have somehow managed to weather the storm without major harm.

Though the stores were mostly shut during the first few months of 2020, increased demand for books during the pandemic period, a little digital push and retention of the loyal customer base through home deliveries and discounts ensured that the road to recovery was easier for physical bookstores, owners say.

“Covid was a boon for books. Many people realised the true value of books during this phase as they had a lot of spare time and had to get over their boredom,” said Mirza Salim Baig, who runs New Book Land, a quaint little but popular bookshop near the Janpath Market in Delhi’s high street business district Connaught Place (CP). 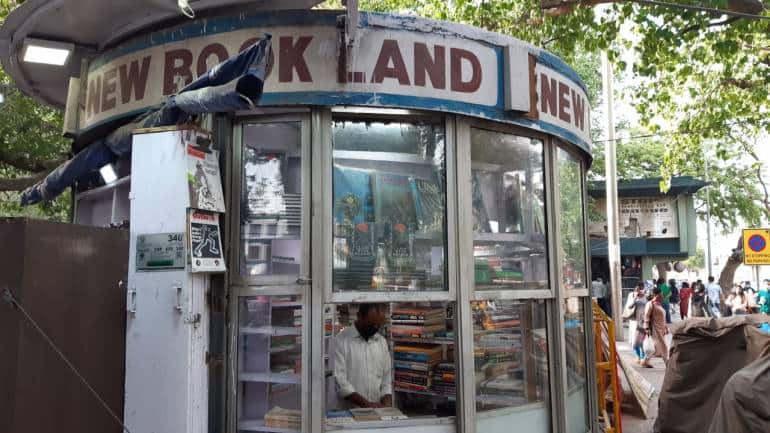 Baig said they didn't lose much business. “Yes, there was a dull patch for everybody, not just the books segment. But those who wanted to read found a way to reach us,” Baig said.

Salim Baig is the son of Mirza Yaseen Baig, founder of Midland Book Shop, one of Delhi’s much sought-after book store chains that has branches in Aurobindo Palace Market and South Extension.

Anuj Bahri, owner of Bahrisons, another popular bookstore at the upscale Khan Market, said though there was a lull when everything was shut, recovery was easier for them as the demand for books increased.

“Yes, the walk-ins at book stores had initially reduced when the lockdown was lifted and we opened the stores. For some time, there was no footfall,” Bahri said. But then, they increased their home-deliveries. If walk-ins before the pandemic were, say, 70 and home delivery was 30, it was 50:50 during the restrictions, he added.

Now that everything has opened up, more people are coming to the stores, Bahri said. At any point of time, they would have at least three-four patrons at the shop. “So that way we all kept on sailing well and are back in business.”

Rise in demand for books

In fact, as people remained confined to their homes, Google Trends data showed that searches for ‘books, booksellers and bookstores’ rose in India, and in many countries across the world, especially during the lockdown period from March 2020.

Sensing this demand, traditional booksellers such as Bahrisons, Midland, New Book Land, Oxford Bookstore and many others started taking orders on WhatsApp, Instagram and over the phone with digital payments.

In the initial days, though, they faced delivery issues as only essential items were allowed. But these were teething troubles and the sellers found a way to reach their customers and vice-versa.

“Demand for books rose but delivery was initially affected because of restrictions,” said Mukul Kumar, who runs Novels on Rent, a store for used books, from Rohini in association with Startergroup.in, an online marketplace for books. “Later on, we managed to smoothen up things. Now business is good.”

According to Swagat Sengupta, CEO, Oxford Bookstore, the perennial bestselling sections of Indian writing and fiction have been steady sellers throughout but the sales of self-help books picked up during the pandemic.

Apart from academic books, history and politics were a rage among youngsters, most booksellers said. Fiction and thrillers also sold well. There is a separate demand for Hindi literature, especially Premchand.

Sengupta said both 2020 and the first half of 2021 were challenging for their physical stores but innovation and digital helped them to stay afloat. “Our business is now geared up in proving customer delight in all aspects,” Sengupta said.

In addition to traditional retail, Oxford delivered books through e-commerce, besides catering to requests via social media, text, mail and phone. “These measures helped us in offsetting our revenue,” Sengupta said. Brick and mortar booksellers feel that even though many would prefer to order via new-age online marketplaces, nothing can match the look and feel of a traditional bookstore.

Salim Baig says the world of books is large and there is space for everyone to coexist. “Online is doing their business, I am doing mine. If the online sellers don't find a book, they call us. After all it is the same network of distributors.”

Baig says they have their loyal set of customers, a varied mix of readers such as journalists, professionals and students, who place their orders in advance or ask for something specific. “Our strategic location has also helped us. Books are in our blood. I can’t imagine a life outside this bookstore.”

Abhinav Bamhi of Faqir Chand and Sons, Khan Market’s oldest bookstore, feels there is a different kind of ambience in a physical bookstore, which cannot be replicated online.

“There's nothing like the physical feel and smell of a book and people were missing it,” said Bamhi, great-grandson of Faqir Chand, who set up the store in Khan Market in 1951 after he came to India from Peshawar during Partition.

A bookstore, Bamhi said, is a world in its own. You can walk around, open a book, read a few lines and decide. Sometimes, you stumble upon a book that may not be famous or trending but is very good. There’s a very library-like feeling at a book store and that’s what draws customers, he said.

“Besides, you meet like-minded people with whom you can share a thought. There are times when we call up customers and recommend them good books,” Bamhi said. That luxury, he said, is not there at an online marketplace and this is what readers were missing.

Echoing Bamhi’s thoughts, Sumit Sharma of the 85-year-old Amrit Book Company, one of the oldest bookstores in Connaught Place, says people were forced to buy online during the pandemic because of the restrictions, and also because they were scared to step out.

“If you have a variety of books, people will definitely come. You need to have a mix of fiction, academic and other books to cater to a diverse set of audience. It makes browsing easier.”

Sharma said some prefer to do some research online and come to the physical stores while others ask them for guidance. “We are here since 1936 and this means people still prefer physical bookstores.”

Going not easy for all

Full Circle and Café Turtle, another hotspot and hangout for booklovers, had initially shut its Khan Market unit and decided to shift to the nearby Meherchand Market during the peak of the pandemic because of falling revenue but later made a comeback.

“The shop was shut during the pandemic. Bills were mounting and the owners decided to close the book unit for now,” said Rajeev Roy, manager of People Tree, a charming little store that is almost hidden amid the rows of giant shops in CP’s Regal Building.

The director of Full Circle was not available when this writer visited its Khan Market outlet and queries sent to an email provided by the staff went unanswered.

Jain Book Depot and Jawahar Book Centre, two well-known shops, which mostly cater to students and professionals, said the sailing was not smooth for them during that phase but they are back on track now.

A spokesperson for Jain Book Depot in Connaught Place said they had completely shut down during Covid time and partially opened whenever allowed, but the crowds had thinned out. They had stopped taking online orders at that time because of logistical and delivery issues. “Now crowds are back and we hope for the best.”

Rana Mazumdar, who runs Jawahar Book Centre in Ber Sarai, known for its stock of both new and used competitive exams books, said footfall was down by more than 50% during the restrictions.

“Our business goes up during the college admission season and before competitive exams. During the last two years, the business seasons were affected by restrictions,” Mazumdar said.

Footfall is not at pre-Covid levels, he said, but many people are ordering online as well, so that is helping to offset the loss.

Mazumdar said many students had taken to illegal online shops that sell pirated and used books at cheaper prices.

In fact many bookstores that cater to students and which are located near student hubs took a hit as many of their customers moved to their hometowns when classes went online. Bahri, however, is optimistic about the book business, saying someone shutting shop or deciding to shift to another place is a very individual decision and doesn’t reflect on the overall business. “They may not have found it very profitable at that particular point of time.”

Other booksellers too spoke along similar lines, saying the tough days are definitely behind them.

Sengupta says with the market reviving with every passing day, book sales have surpassed pre-Covid figures and they expect a steady growth in the coming days.

Readers are definitely back at the stores and libraries as well. Most of the stores this writer visited over two days had a steady flow of visitors even in this blazing summer heat. 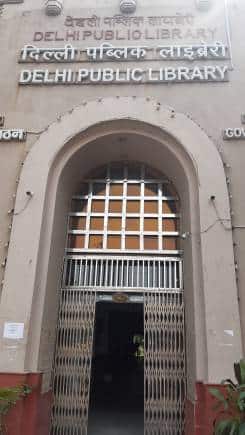 At the Delhi Public Library in Old Delhi, which is much in demand among civil service aspirants and students, every seat was occupied, with readers glued to their books amid a hushed silence.

The scene was similar at the recently renovated 159-year-old Hardayal Municipal Public Library near Chandni Chowk and Nai Sarak, a hub of used books.

“Students are returning to the reading rooms. 2020 was bad. Now we have a good footfall of about 200 members per day, including reading and borrowing members,” said a librarian at Delhi Public Library. The library is holding seminars for aspirants, book reading activities, book releases, etc., which were on hold during the pandemic.

The official said students who did not have the means to buy books were affected as they were dependent on libraries for their study. “We are adding new members and new titles to our collection.”

Bamhi said the world over, many book stores were shutting shop and in that sense, India’s sellers were lucky.

In fact, Amazon, which revolutionised online book-buying, is shutting its physical bookstores in the UK and US.

“As established players, we have an advantage and a loyal set of customers which new ones may not have. But my generation is also reading a lot and that is a good sign of the times to come,” Bamhi said. 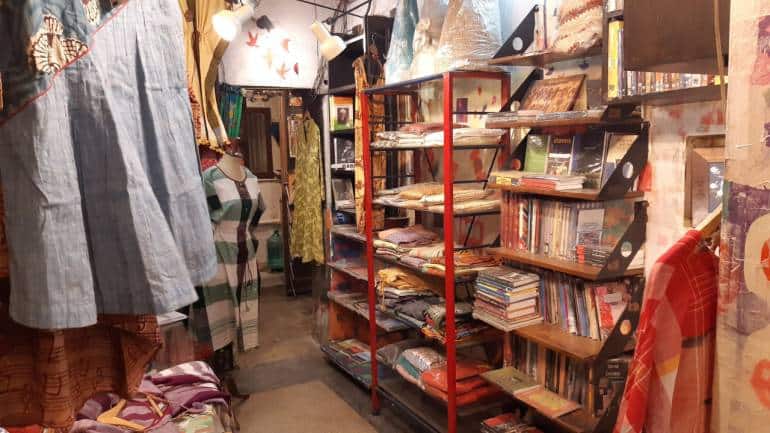