Death of a policeman: A Kashmiri tragedy

For decades, militants have targeted Kashmir's policemen in tit-for-tat killings. How do these killings affect families and the community at large? When will they end? Some questions through the eyes of slain rookie cop Arshid Ashraf Mir’s family.

Then Union Home Minister Rajnath Singh paying floral tribute to martyrs during his visit to the Jammu and Kashmir Police Lines in Anantnag district on September 9, 2017. Kashmiri policemen have been targeted for decades. Data show that the J&K police have lost over 1,600 men since militancy began in the early 1990s. (Photo: PIB via Wikimedia Commons)

Srinagar: Mohammad Ashraf Mir, 51, had just finished lunch at his home in Kalmoona village, 20 kilometres from northern Kashmir’s Kupwara town, when the call came. The family members were tidying up the dining Dastarkhwan (tablecloth) when a relative—a policeman posted in Srinagar—called and informed Mir that his son had been killed by suspected militants in Srinagar.

“Our world turned upside down,” recalled Mir, a teacher in a government school. His son Arshid Ashraf Mir, 27, had been shot dead by suspected militants at point-blank range in Srinagar’s Khanyar locality on September 12. A probationary sub-inspector posted in Khanyar police station, he was returning from a hospital after taking an accused for a check-up.

CCTV footage of the incident shows a militant shooting the officer with a pistol at least thrice from behind at point-blank range, leaving him critically injured. The sub-inspector was rushed to Sher-i-Kashmir Institute of Medical Sciences (SKIMS)—Kashmir’s largest tertiary care hospital in Soura, but he succumbed to injuries, officials said. 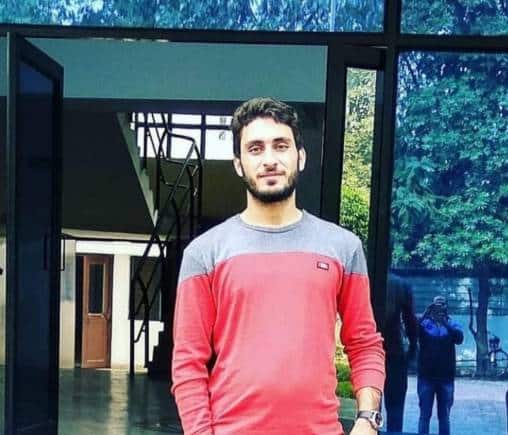 Targeted killing of police has intensified in recent years. This is the fifth target killing of a cop this year. On February 19, two policemen died after being shot by militants in the Barzulla area of Srinagar.

On June 17, a suspected militant shot dead Javaid Ahmad near his home at Saidapora in Srinagar. According to the police, Javaid had been working as the personal security officer of a retired judge for three years. He was on leave and unarmed when he was attacked.

Less than a week after that incident, militants struck again on June 23 and killed a police officer in the Criminal Investigation Department (CID) in Nowgam area on the outskirts of Srinagar. According to police, the militants fired indiscriminately at the officer outside a local mosque while he was on his way for evening prayers. The deceased officer was identified as Parvez Ahmad Dar.

All the incidents were caught on CCTV camera. The police are yet to nab the assaulters. Kashmir police chief Vijay Kumar, however, said only four militants are still active in Srinagar, and the force is trying to either arrest them or eliminate them in encounters.

A pall of gloom descended over Arshid Ashraf Mir’s village as soon as his body arrived. Thousands of locals rushed to the village and participated in the last rites as he was laid to rest in a local graveyard.

Arshid, a science graduate from Government Degree College, Kupwara, had completed his post graduation in botany from the Baba Farid Institute of Technology, Dehradun, in 2013. He was commissioned into the J&K police in 2017, after qualifying through an examination.

The eldest of four siblings—three brothers and a sister—Arshid is remembered as a brilliant student with a down-to-earth nature. “He was humble, shy and soft spoken. He would never argue with anyone,” brother Asif Ashraf told Moneycontrol.

Asif says Arshid was fearful of getting shot, especially after two policemen were killed inside a shop in Barzulla, Srinagar. “But that didn’t compel him to leave the job. We are wondering why a policeman who had no experience and had not taken any case yet was killed mercilessly,” Asif told Moneycontrol.

The younger brother says Arshid also got a job in the J&K food and supplies department, but left after a brief stint and joined J&K police along with three friends.

“There were apprehensions among relatives and friends but our family encouraged him to join,” Asif told Moneycontrol. Many of his relatives had preceded him in joining the police and one holds a top position.

At his home, his mother Hafeeza, 48, is yet to come to terms with the fact that her Gasha will never again come home. “Oh m'yaenn'e gashoo kouth' go'ham (Oh, light of my eyes, where have you gone)?” she cries out. Gasha, a popular term for loved ones, is derived from the Kashmiri word Gash, which means eyesight.

The last time Mir and his wife saw their son was in the last week of August when he was visiting home. “Two days before the killing, I spoke to him and enquired when he would be back. He said ‘soon’ but we never thought he would never return,” Mir told Moneycontrol. Arshid’s father believes that his son was not eliminated in a targeted killing. “My son’s killing can’t be justified because he was new to the job and didn’t have any issues with anyone. I think it is men in uniform who are under attack, not individuals,” he told Moneycontrol.

The killing evoked strong reactions from various quarters. Jammu and Kashmir police chief Dilbag Singh said the perpetrators have been identified and would be brought to justice soon.

Kashmiri policemen have been targeted for decades. The police force here has had to bear the brunt of three decades of conflict. Data available with Moneycontrol reveals that the J&K police have lost over 1,600 men since militancy began in the early 1990s.

The killings continue unabated and this has injected a sense of fear among police families. “The level of fear has increased since the attacks have increased,” says the wife of a policeman from North Kashmir’s Bandipora district. 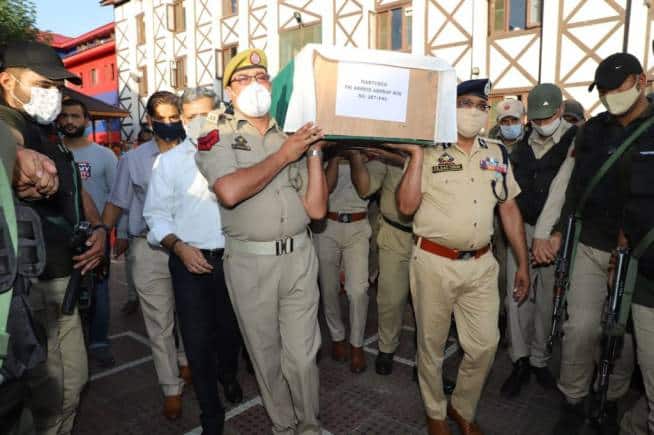 There are thousands of families living with this fear of losing a loved one anytime. The families maintain that their kin are being targeted more because of their proactive role in counter-militancy operations.

After the civilian unrest in 2016 that left 120 people dead in the wake of the encounter killing of militant commander Burhan Wani, the police department issued an advisory asking field personnel to avoid visiting their homes after militant attacks.

In 2017, Hizb-ul-Mujahideen militants had asked the J&K police to stay home and not be part of measures aimed at containing the unrest. “We appeal to police personnel to sit in their homes like the employees of other departments are doing. The fate of the policeman who attends duty will be nothing but death,” Hizb-ul-Mujahideen commander Riyaz Naikoo had said in an 11-minute video that surfaced on social media.

In 2018, the administration had to transfer the police chief S.P. Vaid after Naikoo’s outfit abducted 11 family members of policemen from villages in Pulwama, Anantnag and Shopian districts in South Kashmir after police detained Naikoo’s father for questioning.

The relatives and family members were released by militants hours after the police set Naikoo’s father free.

According to a report, Naikoo had alleged that the police would book the relatives of the militants under the Public Safety Act (PSA). “This is a war. In this war, our relatives have the same fault as yours. You cannot book our brothers under the PSA and destroy their careers for your promotions. And with that money you make the career of your children,” said an audio message from the militants, according to Outlook magazine.

Naikoo was eventually killed in May 2020 in an encounter with security forces. However, the killings of policemen did not end with his death. 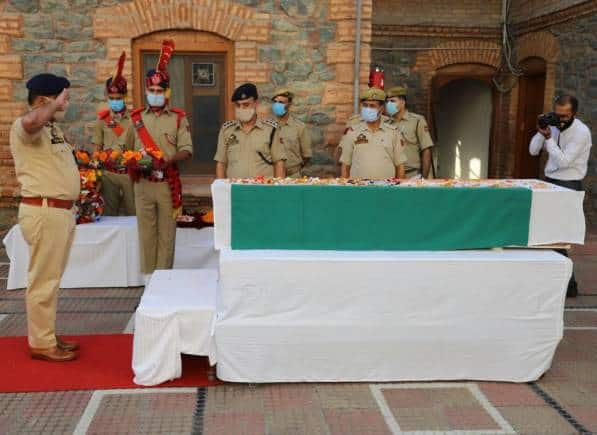 Cops need to be on alert

Former Director General of Police (DGP) Shesh Paul Vaid argues that the morale of the militants has been boosted after the Taliban stormed back to power in Afghanistan.

“The police and other security forces have to remain alert and block infiltration completely otherwise such attacks will intensify,” Vaid told Moneycontrol. He said attacks on police are not new and have never dented the morale of the cops.

“Even during my tenure, the families of cops were kidnapped and threatened. But, yes, they have to remain more alert now,” he added. Vaid suggested that the police should take people into confidence.

Ali Mohammad Watali, who was deputy inspector general of the Jammu and Kashmir police when militancy erupted in Kashmir in 1989, argues that the role of the police is different from that in other places.

“Rather than public relations, they have to deal with militancy. So this (targeted killing of police) can happen,” he told Moneycontrol.
Auqib Javeed is a Srinagar-based journalist, and tweets @AuqibJaveed.
Tags: #Kashmir #Militants #Sher-I-Kashmir Institute of Medical Sciences #Violence in Kashmir
first published: Sep 18, 2021 05:50 pm