These are exciting design and seem more practical than the concept Mi Mix Alpha.

The patent published by the WIPO includes two devices, both dual-sided smartphones with wrap-around screens. The first patent entails a wrap-around screen similar to what we saw with Xiaomi’s Mi Mix Alpha Concept phone. This could hint to a foldable smartphone as the patent shows only one side that wraps around, unlike the Mi Mix Alpha’s display that wraps around both vertical edges. The layout bears a stark resemblance to that of Huawei’s Mate X when it is folded closed.

LetsGoDigital has created mockup renders of the patented devices. The second smartphone has a display that wraps around in a different direction. The back has a punch-hole cut-out for a dual-camera setup. According to the image, both the devices didn’t have dedicated front cameras as the main cameras double as a selfie camera since the devices are virtually all screen. 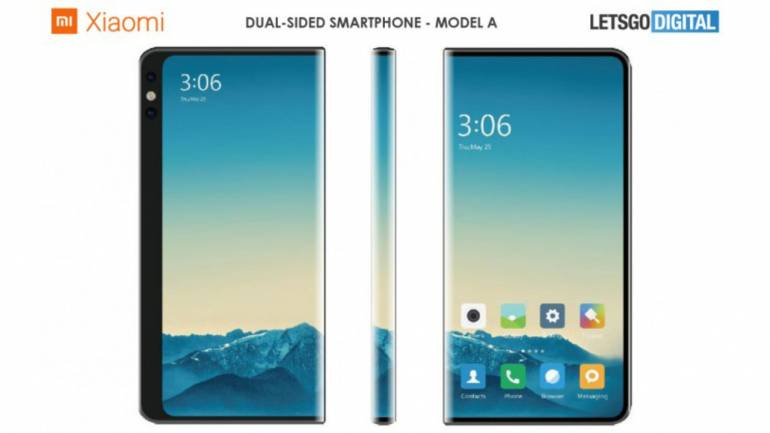 Neither device in the patents appear to have buttons, but since LetsGoDigital’s sketches are general representations of the form factor, buttons and ports could be added later on. These are exciting design and seem more practical than the concept Mi Mix Alpha.

While the jury is still out on whether these devices will make it to the mass production phase, it is interesting to see smartphone OEMs going the extra mile to innovative new concepts for the future of mobile phones.Get access to India's fastest growing financial subscriptions service Moneycontrol Pro for as little as Rs 599 for first year. Use the code "GETPRO". Moneycontrol Pro offers you all the information you need for wealth creation including actionable investment ideas, independent research and insights & analysis For more information, check out the Moneycontrol website or mobile app.