BJP’s Sambit Patra has been asked to report at Raipur's Civil Line police station at 4 pm on May 23.

The Police has asked BJP Spokesperson Sambit Patra to present at the police station either physically of virtually. (File image)

Chhattisgarh Police has summoned Bharatiya Janata Party (BJP) BJP spokesperson Sambit Patra over the 'toolkit' issue. He has been asked to report at Raipur's Civil Line police station on May 23 at 4 pm.

The summon came days after the Congress' students wing, NSUI lodged an FIR in Raipur against former Chhattisgarh chief minister Raman Singh and Patra over the 'toolkit issue' for allegedly "forging" the letterhead of AICC Research Department and printing "false and fabricated" content.

Chhattisgarh Police has asked Patra to present at the police station either physically or virtually, and warned of legal action in case of not showing up on the day. 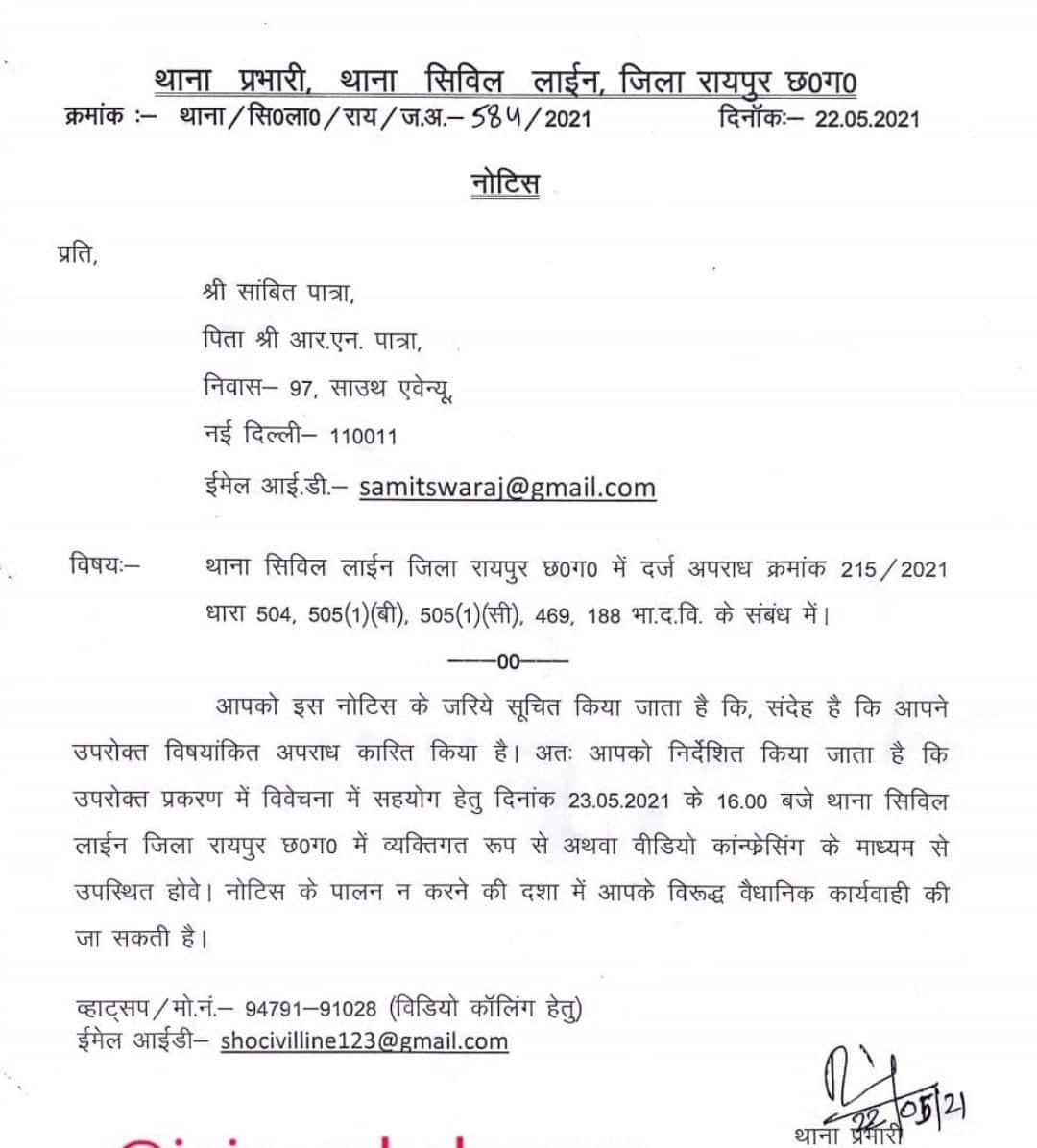 The case for ‘spreading fake news’ and ‘promoting enmity between classes’ was filed at Civil Lines police station on the complaint of Akash Sharma on May 19, state chief of the National Students Union of India (NSUI).

Sharma alleged that BJP leaders circulated fabricated content using a fake letterhead. The purpose of spreading this fake content was to divert the attention from the Modi Government's mammoth failure to help people during the coronavirus pandemic, alleged Sharma.

The case was registered under IPC sections 469 (forgery for purpose of harming reputation), 504 (intentional insult with intent to provoke breach of the peace), 505(1)(b) (circulating rumour or report with intent to cause fear or alarm).

Meanwhile, the opposition BJP in the state said the Congress' attempt to save its face by registering an FIR would not work. Senior BJP MLA Brijmohan Agrawal said the Congress had allegedly created a toolkit to defame the prime minister and the country. When it was exposed, it was trying to save its face by lodging FIRs, he said.
Moneycontrol News
Tags: #BJP #Chhattisgarh #Congress #coronavirus #Current Affairs #India #Sambit Patra
first published: May 23, 2021 11:14 am