The Market Podcast | 3 reasons why Nifty might not be in a hurry to go back to 7500: Taher Badshah

Markets would need severely bad data to retest 7500 levels on the Nifty. But, at the same time, we have seen good improvement in the market – a significant upside looks difficult.

We have witnessed a 20 percent recovery from the recent bottom of 7500 which puts on an even slope and for markets to go down further it would require a lot of bad data, Taher Badshah - CIO (Equities) - Invesco MF said in an exclusive ‘The Market Podcast’ with Moneycontrol.

The market is still down by about 25 percent from the top which reflects the consensus downgrade of earnings from +20% to -5%. “For markets to again go back to the recent bottom of 7500 would require a significant amount of bad data,” he said.

He further highlighted key pointers which would act as a support in case markets drifts south.

a) The trajectory of the virus globally which has got better even though are pockets of concerns such as the US and India, but they are last in the curve – so I would like to think that we would take some more time to level off. But, many of the other hotspots in the world are leveled out. 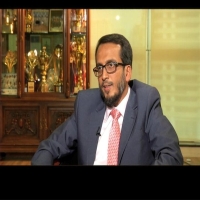 b) There is support from the government of various countries as well as central banks. At one level policies introduced by the central bankers would act as a floor to the market, and have taken away initial round of volatility and fear psychosis.

c) Some level of clarity would come in the next 6 months about medical treatment, and hopefully a vaccine.

If that were to happen, markets would need severely bad data to retest 7500 levels on the Nifty. But, at the same time, we have seen good improvement in the market – a significant upside looks difficult.

The upside looks capped because that would require normalcy to return to the economy. “I would attach a low probability for markets going back to 7500, and at the time I would say that we would take some time for markets to touch the recent peak. We are stuck in the middle at this stage,” explains Badshah.

(Tune in to the podcast for more)