Upcoming Event:\Option Writing Masterclass by Shubham Agarwal: a session power packed with lots of intelligence and tactics required to sell write options, on 13th July at 5pm. Register Now
you are here: HomeNewsBusiness

Vodafone legal advisor on tax win: India’s obligations to foreign investors, including on tax certainty, are again back in sharp focus

British telecom giant Vodafone has tasted victory against the Indian government in an international court, the Permanent Court of Arbitration (PCA) at the Hague, over a retrospective tax bill of around Rs 40,000 crore.

The whopping amount, which includes alleged tax liabilities, penalties and interest, was claimed by the Indian revenue authorities over the company’s acquisition of the Indian assets of Hutch in 2007.

The epic slugfest between both parties has played out for more than a decade at various legal forums, including tax tribunals, the Bombay High Court and the Supreme Court. It is widely considered as perhaps the most controversial global tax dispute over a cross-border deal.

In 2012, the apex court ruled that the tax department had no jurisdiction to impose obligations on Vodafone for transfer of shares of a foreign company between two non-residents.

Then came the sudden twist which soured India’s investment image and shook up the global tax community. The Indian Parliament introduced retrospective amendments to the Income Tax Act, which neutralised the top court’s decision. This led to the aggrieved telco invoking The Netherlands-India Bilateral Investment Treaty.

And in a setback to the Indian government, the PCA has now held that the government’s insistence on the Rs 40,000 crore claim, despite the favourable verdict from the Supreme Court, was in breach of the terms of the Bilateral Investment Treaty.

The PCA has also held that Vodafone is entitled to fair and equitable treatment under the Bilateral Investment Treaty signed between India and The Netherlands.

Here’s how the Finance Ministry responded to the PCA decision:

Commercial disputes between private parties are subject to arbitration, which are confidential proceedings unlike regular open court hearings. Whether taxation disputes are ‘commercial disputes’ or fall under the area of ‘sovereignty’ is one aspect that has been raised in government circles post the PCA’s stance. If tax spats do fall under ‘sovereignty’, the big question is whether India will surrender its sovereign powers to private commercial arbitrators.

On the other hand, Vodafone has highlighted that “any attempt by India to enforce the tax demand would be a violation of India’s international law obligations.”

By the looks of it, the road ahead for the implementation of the PCA decision may not be as smooth as it seems! 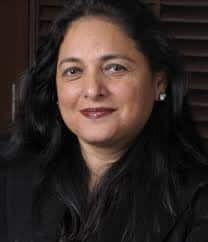 Moneycontrol’s Ashwin Mohan caught up exclusively with Fereshte Sethna, Founding and Managing Partner at DMD Advocates, the law firm which advised Vodafone before the PCA for a quick chat on the implications of the decision on various stakeholders.

Q: How significant is PCA’s decision from the point of view of international investor sentiment? Investors were unhappy when the Indian government rolled out the unpopular retrospective amendment to overturn the apex court’s verdict which favoured Vodafone.

A: India’s obligations to international investors, including tax certainty, are once again back in sharp focus. The Supreme Court judgment of 2012 in the Vodafone case affirmed the requirement for tax certainty. The legislative exercise that followed, in order to lay retrospective tax claims on Vodafone and other investors, through attempting to eviscerate the Vodafone judgement has resulted in India defending multiple investor-state arbitrations.

Q: You along with the rest of the team at DMD Advocates have been closely involved with this high-profile case right from day one when the first writ petition was filed at the Bombay High Court in 2008. Since then the spat has seen multiple rounds of litigation at various forums, including the tax tribunal and the top court. How has the journey been so far in this rather epic tax tussle?

A: The constant, throughout the Vodafone tax litigation, has been the requirement for strict interpretation of tax laws, which ensures that the tax payer must acquire knowledge of tax exigibility, permitting for informed commercial decisions.

Q: As a tax lawyer involved in litigation and arbitration, what are some of the key lessons that you have picked up through the course of this case?

A: The key lesson for India is to actively engage with the tax payer. Multiple dispute resolution mechanisms abound. The tax administration must focus on ensuring that these are triggered in a timely manner and brought to fruition.

Q: You have seen the Finance Ministry statement on the arbitration award. The Indian government will evaluate options, including legal ones, at the appropriate forum. Under law and as per procedure, what is the forum that can be moved by an aggrieved party?

A: We will leave that to the advisors to India to work out the options. No doubt those are decisions that must be taken keeping in perspective the Indian tax payers’ interests.

Q: What does today's (September 25) victory for Vodafone mean for other MNCs who might be involved in similar proceedings under respective treaties? What’s the key takeaway for them?

A: While arbitration awards may not strictly constitute binding precedent value, in the interests of consistency, adverse rulings against India may follow

Q: Do you think this is a good opportunity for the Indian government to reverse an unpopular tax law introduced by the earlier regime and restore tax policy certainty once and for all?

A: Prospective taxation is bound to ensure tax certainty --- both for the tax payer and the revenue department of the Government of India.
Ashwin Mohan
Tags: #Business #Vodafone
first published: Sep 25, 2020 10:58 pm