Upcoming Webinar:Watch a panel of experts discuss: Challenges of continuously evolving regulation for Cryptocurrency, on 7th July at 3pm. Register Now
you are here: HomeNewsBusinessTechnicals

The Nifty scaled a new all-time high at 13,777 and witnessed some sharp volatility in the week gone by to test the lows of 13,132 and recovered to close flat for the week at 13,749 levels.

The broader market may have had an iffy week but Rajeev Srivastava, Chief Business Officer, Reliance Securities, thinks midcaps and small caps will hit their all-time highs in the first quarter of the calendar year 2021.

For the Nifty, 14,000 will act as strong resistance, being the highest call OI of 39 lakh shares, while 13,500 will act as support on the downside, Srivastava tells Moneycontrol’s Kshitij Anand in an interview. Edited excerpts:

Q) A volatile week for Indian markets but the bulls managed to bounce back in the holiday-shortened week. What led to the price action?

The FII positive inflows and the Nifty50 holding its 20-day average led to some pullback from lower levels. The Nifty IT and pharma sectors scaled new 52-week highs and gained by 3.2 percent and 1.1 percent, respectively, while other sectors declined by 2 percent on average for the week.

Q) We will be entering the last week for the year 2020, what are the important levels to watch out for?

A) The Nifty50 is up by 5.7 percent and the Bank Nifty is up by 2.9 percent month-to-date (MTD) with strong outperformance in high-beta sectors like realty, metals, and midcaps during the month.

The derivatives expiry will continue to keep the markets volatile with rollover movement in individual sectors and stocks.

Q) Do you think FII momentum will slow down as we head into the new year?

A) The current scenario of tepid return from fixed incomes globally and continued soft monetary policy by the global central bankers, the FPI investments may continue to drive Indian equities in 2021 as well.

Factors which should essentially continue to attract FPI inflows into Indian equities include: (a) better return prospects, as the Indian economy is still set to deliver better return vis-à-vis several developing and developed nations; (b) stable government and a slew of reforms undertaken by the extant government; (c) depressed interest rate scenario globally and absence of a large number of value stocks in several developed markets; (d) weaker greenback and the RBI’s approach to controlling wild volatility of INR with the help of record forex reserves; and (e) improved visibility on the corporate earnings front.

Q) Mrs Bector Foods listed at an attractive premium, do you think it will also see profit booking in the coming week as we saw in Burger King?

A) The huge subscription demand for the stock has led to a stellar listing for Mrs Bector but we believe it will also witness profit booking in the coming week as valuations are expensive compared to the leading companies in the sector.

Q) The small and midcap indices also closed with losses. We have also seen some underperformance in the week gone by, which could be partly due to profit taking. What are your views?

A) Well, markets witnessed an intermediate correction at the start of the week and the follow-up move has been led by the IT and pharma sectors, so we have seen underperformance in the small and midcap indices to decline by 1.5 percent and 0.8 percent for the week.

But, we believe that midcaps and small caps indices are yet to scale all-time highs and we expect to scale in first quarter of CY21.

They will continue to outperform as the earnings momentum is expected to improve with various stimulus measures being provided by the government and cost control initiatives being done by the companies over the last few quarters. 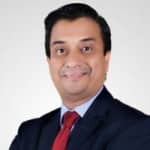 Rajeev Srivastava Rajeev is a strong believer of understanding consumer life cycle & value-added services as a differentiator rather than pricing which has strong repercussions on consumption. It is this understanding which has helped Reliance Securities successfully develop, strategize & manage content curation and product development.
Tags: #Buy or sell recommendtions #Inyerview #MARKET OUTLOOK #Rajeev Srivastava #technical recommendtions
first published: Dec 28, 2020 09:58 am