Mobile gaming segment was one of the big beneficiaries of the COVID-19 pandemic that forced people to stay indoors. which resulted in a massive surge in mobile game downloads and user engagement.

Esports and skill gaming app Mobile Premier League (MPL) is laying off 100 people, which represents about 10 percent of its workforce, and is exiting Indonesia market, amid a broader slowdown in the Indian startup ecosystem after witnessing a pandemic-fuelled boost in the past two years.

The Bengaluru-based company is also doing away with its streaming product on the MPL app.

"The last few months have been insane. The philosophy of growth at all costs is now reversed. The market is now rewarding profitable growth over growth at all costs," MPL co-founders Sai Srinivas and Shubh Malhotra said in an email to employees,  a copy of which was viewed by Moneycontrol.

"It's imperative that we as a company respond to this change and respond fast. We have always said that the market is like a flowing river - you cannot fight it, you have to row downstream," they said.

People who are being let go will receive complete severance along with other benefits. ESOP holders will be given an opportunity to hold onto their options for an additional 10 years, as per the email.

Mobile gaming segment was one of the big beneficiaries of the COVID-19 pandemic that forced people to stay indoors which resulted in a massive surge in mobile game downloads and user engagement. Mobile app downloads in India had increased by 50 percent and user engagement rose 20 percent, according to a recent report by consulting firm RedSeer.

In the email, the founders said they are exiting Indonesia since the "return profile has been several multiples lower" than what they were and are seeing in India, or even in their nascent US business, despite investing significant resources and capital over the last three years into Indonesian operations.

"It is time to make the difficult decision to redeploy our resources in other parts of our business to ensure our long-term health and success as company," they said.

The founders said they plan to "use the ample cash reserves" that they have to grow their core business while achieving EBITDA neutrality; continue to invest in high conviction bets such as its US operations and its recently launched gaming studio Mayhem Studios; and wind up businesses that are not working.

They mentioned that their US operations along with its recent acquisition Gameduell in Europe will now allow them to focus on two of the highest value gaming markets in the world.

"The US business has turned contribution margin positive in less than nine months of launch, even faster than India ... The team is making progress on getting product right and increasing their retention." they said.

MPL had acquired Germany-based GameDuell to foray into the mobile free-to-play (F2P) gaming segment in February 2022. GameDuell offers more than 40 casual online skill games including community card and board games in seven languages. 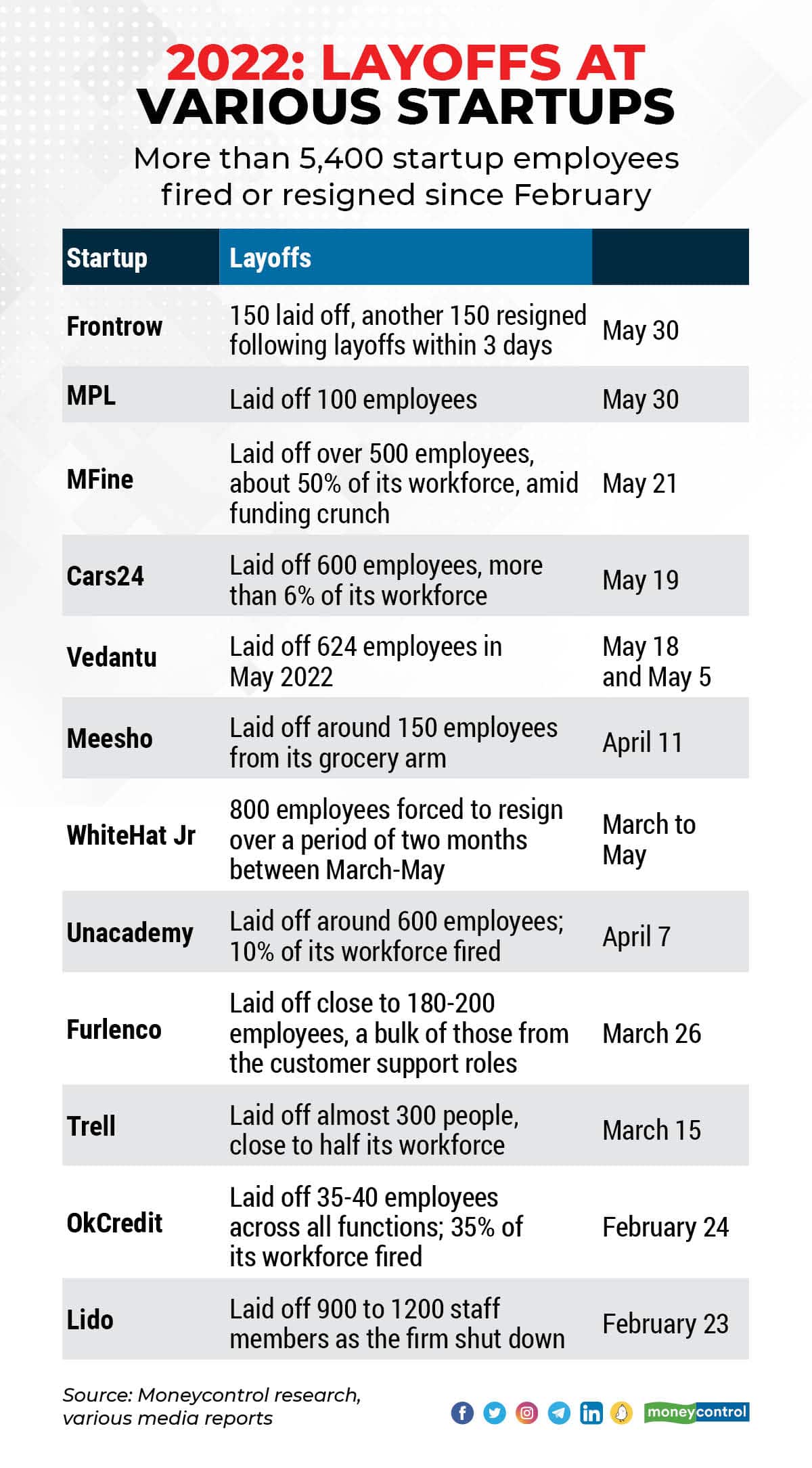 Started in 2018 by Srinivas and Malhotra, MPL offers over 70 games across categories such as daily fantasy sports, quizzing, board games, esports, and casual games on its Android and iOS apps.

It claims to have over 90 million users across India, Indonesia, Europe, and the United States. The company says it has tie-ups with multiple gaming studios and developer partners that publish games on its platform.

The founders noted that they have a massively growing market ahead of them, but they need to operate more efficiently in order to capture it.

"We are one of the few internet companies which within four years of inception will cross $100 MM of Annual Net Revenue, globally. On a gross revenue basis we will be at $220-250M year ending March' 23," they said.

"With this kind of a revenue base, it's important that we respond to this market demand and taking our business to EBITDA is completely achievable," the founders pointed out.

The email also notes that MPL's India team were able to grow the business without spending money on the IPL (Indian Premier League) tournament.

"Breaking our dependency on IPL and achieving massive growth without spending a penny on IPL sets us free, not to mention it now leaves us with a massive arsenal of marketing capital that we can deploy in the second half of the year to continue our growth from here" it read.

MPL was last valued at $2.3 billion after raising a reported $150 million in September last year, which also marked its entry into the unicorn club.

The Bengaluru-based startup had launched a gaming studio called Mayhem Studios to develop 'AAA mobile games' for domestic and global markets earlier this month. AAA Games are typically video game titles that have big budgets for both development and marketing purposes.

The studio had unveiled its first gaming title called "Underworld Gang Wars" on May 17. The battle royale game will be set in India and revolves around the rivalry between two gangs, the company said. It claimed that the locations, the gangs and the icons represent an Indian context in a AAA game for the first time.

"Today, we are amongst the very few companies in this region with the ability to build such intricate games with great depth. Building great games is at the core of what we do and this is one area where we will continue to push forward with Mayhem Studios" the founders said in the email.

With this development, MPL joins a slew of Indian startups like Unacademy, Vedantu, Trell, and Meesho among others who have had to lay off employees as they look to cut costs and reduce burn amid an expected funding slowdown in the country.